Vietnam is the largest gold market in Southeast Asia, according to a recent study of the World Gold Council (WGC). 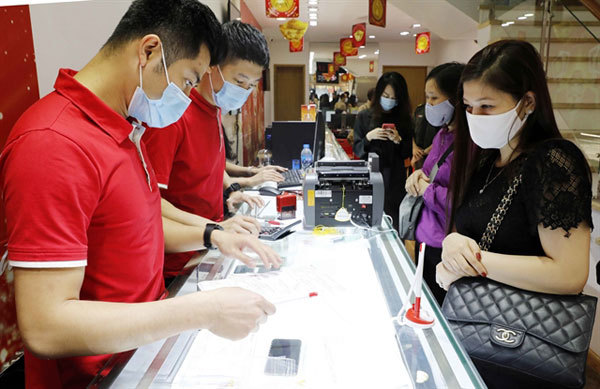 The WGC also announced the country among the top 10 markets in the world, saying consumer demand for gold in Vietnam reached 39.8 tonnes in 2020, higher than the demand of 37.6 tonnes in Indonesia and 9.4 tonnes in Singapore.

The study of 2,000 local investors in March last year also said gold is the top asset class for 68 per cent of Vietnamese investors while the outlook for the precious metal was positive, adding 81 per cent of people who bought gold considered buying more. The average rate for buying more gold is 45 per cent globally.

According to the WGC, demand for gold in Vietnam is still very high as Vietnamese people believe gold helps fight inflation and currency fluctuations, helping investors feel secure in the long run. At the same time, new demand for gold also arises by buying gold on digital platforms or through available channels such as a bank.

In the study, 76 per cent of respondents were in favour of opening a gold investment account at a bank to support and formalise the gold market.

"Research shows demand for gold in Vietnam is strong and there is support to develop new investment products such as buying gold through digital platforms or opening a gold investment account," Andrew Naylor, director in charge of ASEAN at the World Gold Council, said.