Home / Business
Vietnam’s digital economy to hit US$52 billion by 2025
thamnguyen99 2-05-2021, 15:37
Vietnam’s digital economy will likely reach US$52 billion in value by 2025, according to the e-Conomy SEA 2019 report by Google, Temasek and Bain & Company. With the gross merchandise value (GMV) of its internet economy accounting for over 5 percent of the country's GDP in 2019, Vietnam is emerging as the most digital of all economies in the region, the report said. 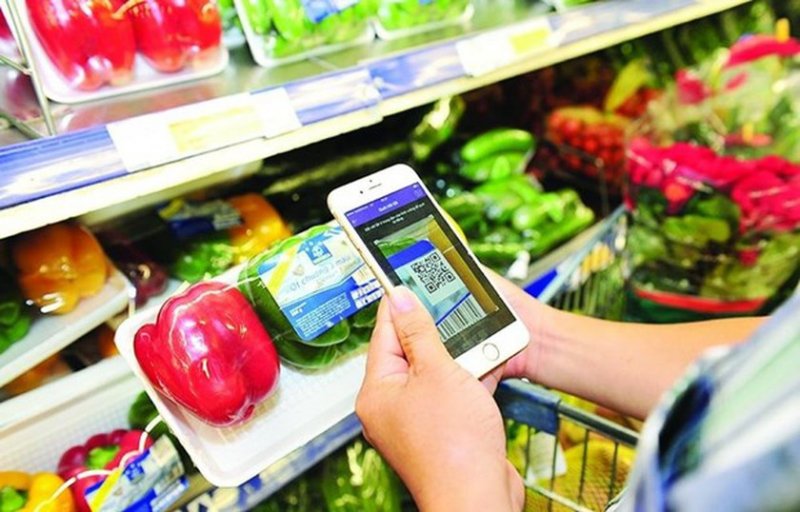 Vietnam’s digital economy will likely reach US$52 billion in value by 2025. (Photo: VNA) Last year, the Vietnamese internet economy continued to record double-digit growth, at 16 percent year-on-year, the highest in Southeast Asia. The report noted all sectors except travel continued to grow in 2020, of which transport and food, and online media grew 50 percent and 18 percent compared to 2019. Only online travel dropped 28 percent in terms of GMV, but is expected to grow 25 percent by 2025. “This year’s seismic consumer and ecosystem shifts have advanced the internet sector in unimaginable ways, putting it in a stronger position than ever,” the report said. Nguyen Quang Dong, Director of the Institute for Policy Research and Communication Development, said digital service industry is recording the fastest growth and is suitable with Vietnam’s strengths such as a young population who love technology and social networks. Digital technology and the digital economy will be key drivers helping Vietnam increase workplace productivity, escape the “middle-income trap”, and realise the objective of becoming a middle developed economy by 2040, the official said. Vietnam’s internet infrastructure and digital payment services remain limited, however, while the country still lacks a legal framework for digital assets, he said, stressing that the legal model of the 20th century no longer suits the digital economy. Dong also underlined the need to promote international cooperation, especially in joining the building of new regulations and their enforcement through legal frameworks for the region. A study by the Institute for Global Leadership under the US-based Tufts University revealed that Vietnam ranks 48th out of the 60 countries and territories globally in terms of rapidly switching to a digital economy, and 22nd in digitisation development. Over the last five years, with the boom of smartphones, the internet, and social networks, digital technology and digital transformation have developed rapidly in Vietnam, shaping a fledgling, dynamic digital economy with great potential. Vietnam’s digital economy is made up of four main groups: e-commerce, online tourism, digital communications, and logistics technology. The country, together with Indonesia, holds the lead in digital economy growth in Southeast Asia. The two pacesetters are both posting growth in excess of 40 percent a year. Vietnam’s internet economy is also booming, reaching $12 billion in 2019 and recording a 38 percent annual growth rate since 2015. Another study by Australia’s Data 61 forecasts that Vietnam’s GDP may add an additional $162 billion in 20 years if the country’s digital transformation is successful. Experts said Vietnam possesses strengths in human resources and Government support, so the country could create a dynamic wave to further strengthen the development of its digital economy. The Party and State have outlined orientations for building policies and programmes to actively join the Industry 4.0, focusing on applying and developing science and technology, promoting innovation, and improving the quality of human resources. The Prime Minister on December 30, 2020 issued the National Strategy on the Industry 4.0 by 2030, to fulfil the goals set in a Politburo resolution which outlines policies guiding Vietnam’s active involvement in Industry 4.0. The strategy’s objectives are to take full advantage of opportunities presented by the Industry 4.0 and fundamentally master and broadly apply advanced technologies in different social and economic fields. Under the strategy, Vietnam will the top 40 performers in the Global Innovation Index (GII), the top 30 in the International Telecommunication Union (ITU)’s Global Cybersecurity Index (GCI), and the top 50 in the United Nations’ e-Government Development Index (EGDI) by 2030. The country also aims to raise the proportion of the digital economy in national GDP to 30 percent and boost productivity by 7.5 percent annually on average. Other targets is to achieve universal access to fibre-optic internet and 5G services, completion of digital government development, and the establishment of smart cities in key economic zones across the north, central, and southern regions, and connection with regional and global networks of smart cities.
RELATED NEWS
TAG:
Other news