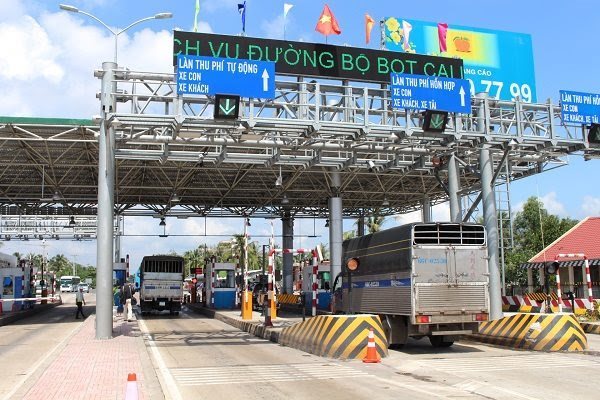 HCMC - The National Assembly’s (NA) Economic Committee has rejected the Ministry of Transport’s proposal to use State cash to acquire eight controversial toll roads built or upgraded under the build-operate-transfer (BOT) format, saying it is unreasonable and dubious and may lead to lawsuits.

The committee has reported the deployment of policies on the investment and operation of traffic infrastructure projects developed under the BOT format, news site VnExpress reported.

As residents had refused to pay toll fees, causing difficulties for investors, the Ministry of Transport proposed using the State budget for the public investment plan in the 2021-2025 period to make payments to investors, following which the tollgates were dismantled.

However, according to the NA’s Economic Committee, it is unreasonable to use State funding to acquire these BOT projects due to the lack of a legal and practical foundation.

Besides these eight projects, the location of the tollgates of some other projects was also unreasonable, but local residents have stopped opposing these projects as they have been offered fee reductions or exemptions.

Therefore, if the State acquires the eight projects listed above, it may affect other projects.

The acquisition will also put pressure on the State budget and go against the State’s guidelines to mobilize funds from the private sector for infrastructure development.

Last year, 42 of 54 BOT projects reported lower revenues than expected. Therefore, the NA’s Economic Committee proposed the NA Standing Committee review the responsibility of the relevant individuals and agencies and ask the competent agencies to remove obstacles facing tollgates and localities to ensure security, social order and the safety of investors’ assets.