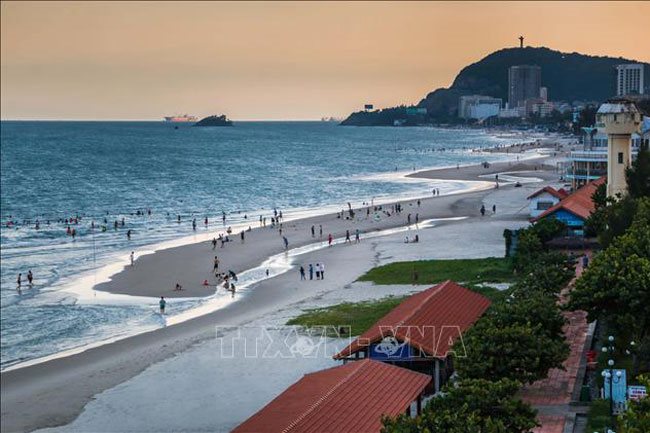 A beach in Ba Ria Vung Tau Province. A video highlighting the province's beauty will be shown on the BBC Global News channel - PHOTO: VNA

HCMC – A 30-second video highlighting the beauty of Ba Ria-Vung Tau Province will be shown on the BBC Global News channel daily at peak hours for two months from April 8 to June 2.

The provincial Department of Tourism has signed an agreement on tourism promotion with the Global Book Corporation, the media representative of BBC Global News in Vietnam.

Accordingly, Ba Ria-Vung Tau will be promoted on BBC World News with a total of 150 spots and featured through the discovery of new experiences, its majestic nature, unlimited adventure and cool climate. These will help travelers enjoy great experiences in the province.

This is a global-scale strategy which has a great impact as Ba Ria-Vung Tau wants to promote its beauty to the world after a long break due to Covid-19, Nguoi Lao Dong newspaper reported.

BBC Global News is a large media channel broadcast in more than 200 countries and territories. Its audience comprises frequent travelers who tend to stay long in tourist areas and spend big on tourism products and services. The channel is available in three million hotel rooms, on 178 cruise ships and 53 airlines.

Many economies with a developed tourism sector, such as Australia, Singapore, Hong Kong, Macao, Thailand and India, have chosen BBC Global News as a promotional channel to attract visitors. In Vietnam, the International Cooperation Department under the Ministry of Culture, Sports and Tourism, Vietnam Airlines and the Danang and HCMC Tourism Departments have earlier cooperated with the channel.