More than 54 million mobile phones were produced in Vietnam in the first three months of 2021. The phone and phone component industry also earned revenue of over US$14 billion in the same period. 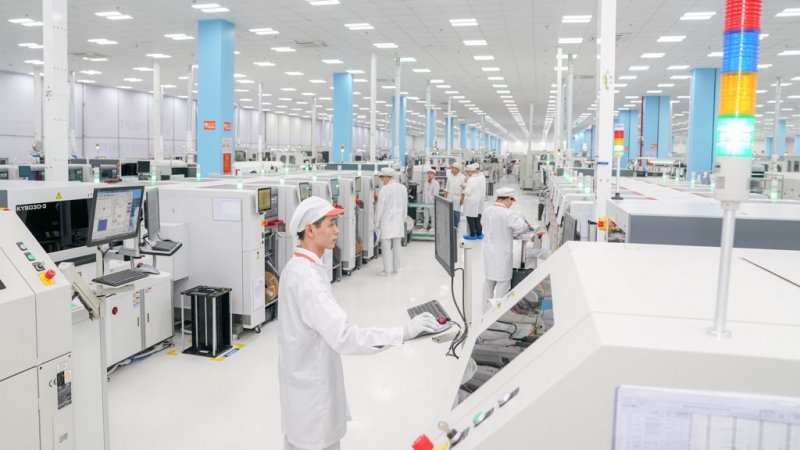 Production of electronic products, computers and optical products continued to grow in the first quarter of 2021 with an increase of 12.3 per cent.

According to the Ministry of Industry and Trade’s (MoIT) statistics, the output of mobile phones produced in Vietnam hit 54.4 million (up 2.7% year on year). Television output reached over 4.45 million units (up 30.9% year on year).

Domestic production increased but most of the products were for export because domestic consumption of electronics, computers and optical products saw a decrease of 13.5% in Q1.

Meanwhile, export revenue of telephones and electronic and optical products achieved the highest figure in the first quarter compared to other export items.

According to the General Department of Customs, in the first quarter of 2021, there were 11 items with export turnover of over $1 billion, accounting for 76.6% of the country’s total export turnover.

Phones and phone components earned the highest export value with $14.1 billion, accounting for 18.2% of total export turnover and up 9.3% over the same period last year, followed by computers, electronic products and components with $11.96 billion, up 31.3% year on year.

Machinery, equipment, tools and spare parts surpassed textiles and garments to rise to the third position for export turnover, with $9.1 billion, up 77.2% year on year.

However, according to MoIT, some key products in the foreign-invested sector and industries with foreign invested capital had the highest export rate. Of those, phones and accessories accounted for 99.1%. Electronics, computers and components accounted for 98% and machinery, equipment, tools and spare parts 93.1%.