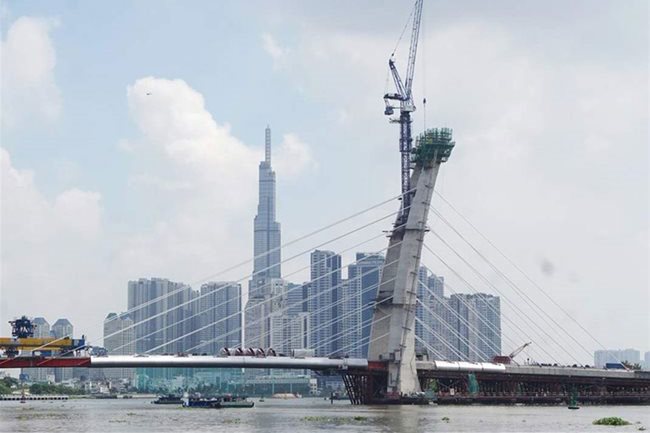 HCMC – After a long suspension, work on the Thu Thiem 2 bridge project, which spans the Saigon River and connects HCMC’s District 1 with the Thu Thiem Peninsula in Thu Duc City, is expected to continue before April 15, said Phan Cong Bang, deputy director of the municipal Department of Transport.

At a conference on District 1’s socioeconomic development on April 2, Bang said the competent agencies had addressed the proposals of the investor, Dai Quang Minh Real Estate Investment Company, the local media reported.

The Thu Thiem 2 bridge project was designed to have six lanes and be nearly 1,500 meters long. Work on the project started in 2015.

It is some 70% complete but the investor has suspended work on the project since August 2020 due to slow site clearance.

The land lots of Ba Son JSC, the High Command of the Navy and the Government Office in District 1 have yet to be handed over.