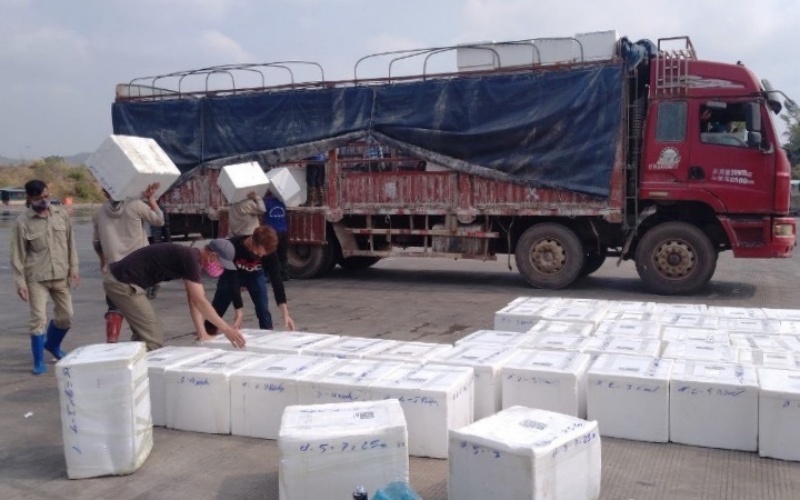 NDO – Import and export activities through the border gates in Mong Cai city, Quang Ninh province have beenbustling since early this year, in particular the export of agricultural and aquatic products, despite the COVID-19 pandemic.

According to the Management Board of the Mong Cai International Border Gate, during the first 10 days of March, more than 352,000 tonnes of import and export goods were handled through the Bac Luan 2 Bridge and the Hai Yen temporary pontoon bridge linking Mong Cai and China’s Dongxing City. Of the total, Vietnam imported over 140,900 tonnes of goods and exported over 211,100 tonnes.

About 174,354 tonnes of import and export goods were transported through the Bac Luan 2 Bridge, up 101.4% compared to the same period last year.

Meanwhile, 177,694 tonnes of goods were shipped through the Hai Yen pontoon bridge, a dramatic increase of 741% over the same period last year, mainly consisting of agricultural and aquatic products.

This is considered a very good signal, expressing the determination of Mong Cai city in promoting its import and export activities while preventing and fighting the pandemic.