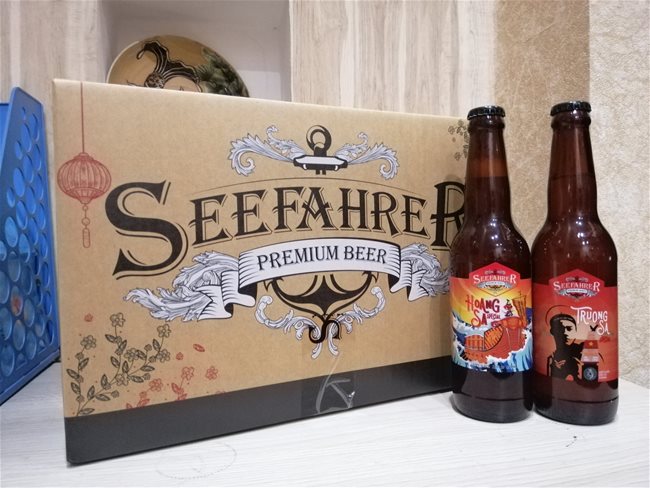 HCMC - The Seefahrer Premium Beer Company is working with traders overseas to export the Truong Sa and Hoang Sa special craft beer to foreign markets such as Japan, France, the United States and Hong Kong.

Tran Song Hai, director of the company, said although the Truong Sa and Hoang Sa special craft beer is newly launched products, they have won the hearts of many local and overseas consumers as tgey bear the names of Vietnam’s Hoang Sa (Paracel) and Truong Sa (Spratly) archipelagos.

“Many overseas Vietnamese businessmen have contacted us saying they want to be distributors of the beer overseas. The products are expected to enter foreign markets over the next two months,” Hai said.

Some of the materials for the products such as barley and hops are imported from Bavaria, Germany. The brewery is trying to increase the local content to 50% to reduce the prices and expand production to meet the local and international demand.

“The great support for the produce shows the Vietnamese people’s concern over the country’s sovereignty. We want to spread that spirit to the international market,” Hai said.

Consumers in Vietnam can buy the Truong Sa and Hoang Sa special craft beer at the store at 10B Ton Duc Thang Street, District 1, HCMC, or by calling Seefahrer Premium Beer’s hotline. The products are also available at some Chinese restaurants in Vietnam, according to Tuoi Tre newspaper.

The company said supermarkets, restaurants and companies have already ordered nearly 3,000 crates of the Truong Sa and Hoang Sa special craft beer for the upcoming Lunar New Year. However, it is capable of producing only 2,500 crates for the holiday.