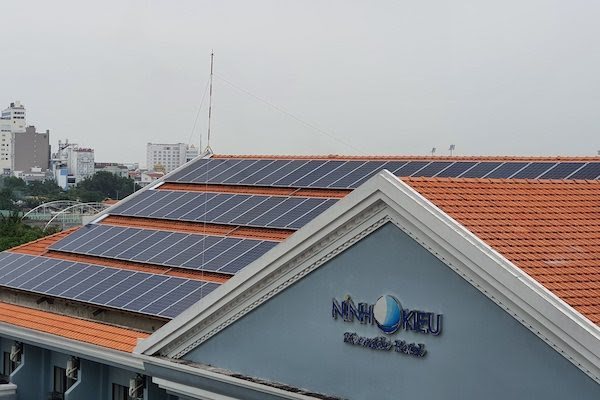 Solar panels are installed on the roof of a hotel in the Mekong Delta city of Can Tho – PHOTO: TRUNG CHANH

CAN THO – After several years of development, the total capacity of rooftop solar power in southern Vietnam has far surpassed the capacity of the Hoa Binh Hydropower Plant, which was once the largest of its kind in Southeast Asia, according to Doan Duc Hung, deputy general director of Vietnam Electricity's Southern Power Corporation.

“The Hoa Binh Hydropower Plant’s capacity is approximately 3,000 MW, while the total rooftop solar power output of the southern region amounts to some 5,000 MW at present,” he said.

According to Vietnam Electricity (EVN), there were 101,029 rooftop solar power projects with a total installed capacity of nearly 9,296 MWp connected to the national grid as of late 2020.