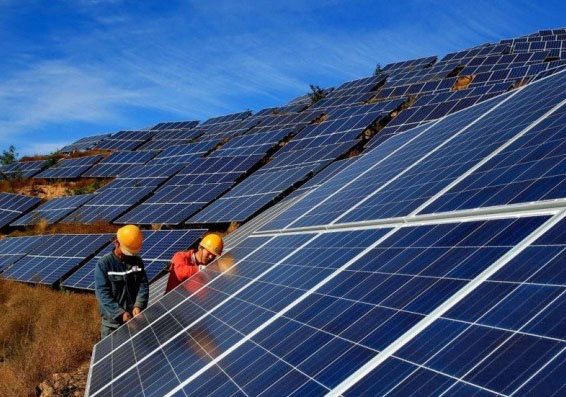 Two engineers work at a solar power plant – PHOTO: COURTESY OF MINISTRY OF INDUSTRY AND TRADE

HCMC – Vietnam has plans to cut 1.3 billion kWh of renewable energy in 2021 due to oversupply and overloaded transmission lines, Nguyen Duc Ninh, director of the National Load Dispatch Center, said at a meeting of Vietnam Electricity Group (EVN) on January 13.

According to Nguyen Tai Anh, deputy general director of EVN, with a total installed capacity of 69,300 MW, Vietnam’s electricity system is the second largest in the region and 23rd largest in the world.

The country saw a surge in renewable energy development last year, especially rooftop solar power, whose output soared from 6,000 MWp in June to 10,000 MWp in December 2020.

The oversupply of renewable energy, especially during midday from 10 a.m. to 2 p.m. when the electricity demand is low, and the overloaded transmission lines from the central region to the north are among the biggest challenges facing the electricity sector this year.