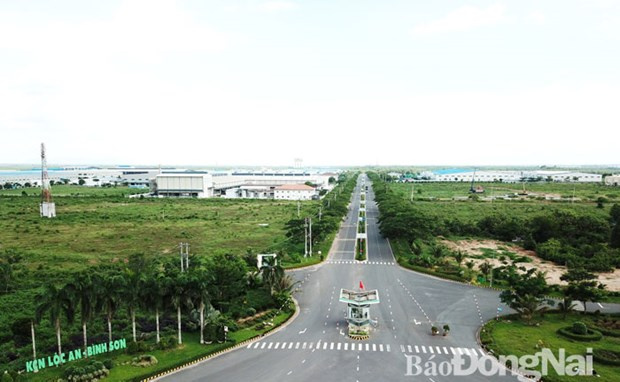 Dong Nai (VNA) – The southern province of Dong Nai secured 11 foreign direct investment (FDI) projects worth more than 226 million USD in the first half of January, the highest recorded in the same time in the past five years, according to the provincial management board of industrial parks.

Large projects included Hansol Electronics (100 million USD) in Ho Nai Industrial Park and Ojitex plant (60 million USD) in Loc An – Binh Son Industrial Park, said deputy head of the board Pham Van Cuong, adding that the investors committed to disbursing capital, building plants and purchasing machinery in Quarter 1, and putting the projects into operation by the end of 2021.

Thanks to the investors’ confidence in the Vietnamese economy as well as the sound business climate in Dong Nai, the province has attracted a huge amount of investment right at the outset of the year, Cuong affirmed.

Competent authorities always support investors in completing procedures, he said, stressing foreign firms who have already developed projects in the province will serve as a bridge to popularise local strengths to other investors.

According to Chairman of the provincial People’s Committee Cao Tien Dung, since Dong Nai has seen industrial development and FDI attraction as a top priority in 2021 despite challenges caused by the COVID-19 pandemic, the province will work to enhance investment promotion, complete infrastructure system to welcome new investment waves, and step up administrative reforms.

The province will open three other industrial parks on an area of some 6,500 hectares in Long Thanh and Cam My districts, build Long Thanh International Airport, and construct various expressways  such as Ben Luc-Long Thanh, Dau Giay-Phan Thiet, Dau Giay- Lien Khuong, and Bien Hoa-Vung Tau./.