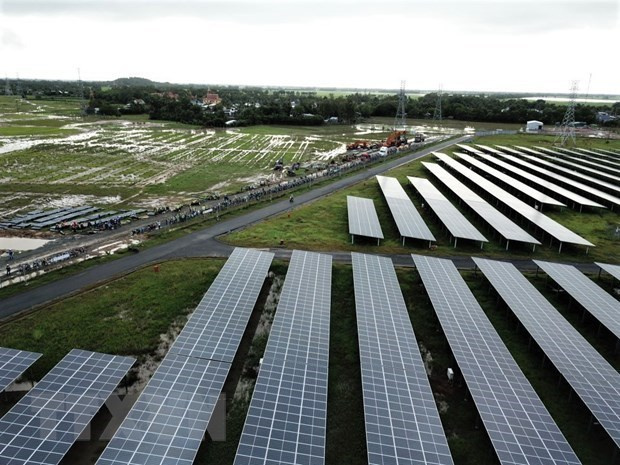 An Giang (VNA) – The Sao Mai-An Giang solar power plant, invested by the Sao Mai Group in the southern province of An Giang, has been completed and expects to generate nearly 400 million kWh of electricity to the national grid each year, the group announced on January 12.

The plant, located in An Hao commune, Tinh Bien district, was built with total investment of over 6 trillion VND (more than 260 million USD at current exchange rate). It has a total capacity of 210 MWp.

After two years of construction, the plant was connected to the national grid on December 2, 2020. It employs more than 100 local workers and is expected to pay more than 120 billion VND to the province’s budget, said Chairman of An Giang People’s Committee Nguyen Thanh Binh.

According to the official, An Giang has great potential for the development of renewable energy, including solar energy. The province has proposed that the Government invest in a 500kV transmission line connecting An Giang with O Mon in Can Tho city in the 2021-2025 period. If approved, the transmission line will facilitate the development of renewable energy plants in the province./.