Vietnam will officially run the competitive retail electricity market in 2023 as part of efforts to make the power sector more transparent and effective in comparison with the regional peers. Vietnam Electricity (EVN), the country’s sole power distributor, needs to facilitate the investment in infrastructure of the power industry to better connect power plants with the national grid, Deputy Prime Minister Trinh Dinh Dung said at a meeting on January 12.

EVN needs to prioritize energy efficiency together with reasonable import and export of power in national programs, Mr. Dung said, adding that the group should be active in recommending plans for electricity generation and transmission to ensure sufficient energy for socio-economic development, defense and security.

Vietnam’s 2004 Electricity Law has provided the framework to develop a competitive power market, helping promote private investment, and establish a regulatory authority, according to the World Bank.

Under which, the private sector is encouraged to participate in each distribution company.

Whereas the power market is partially competitive, improved operational efficiency and financial performance of generators in this market has contributed to keeping generation costs relatively low.

Vietnam has seen significant changes to its market structure, gradually moving from a vertically integrated structure to a more competitive power market, the paper showed.

In less than two decades, the country’s power sector evolved from fragmented companies with high technical and financial losses to an integrated power system, and then to an unbundled group of stated-owned corporations with sizeable participation of domestic and international private sector actors in power generation. 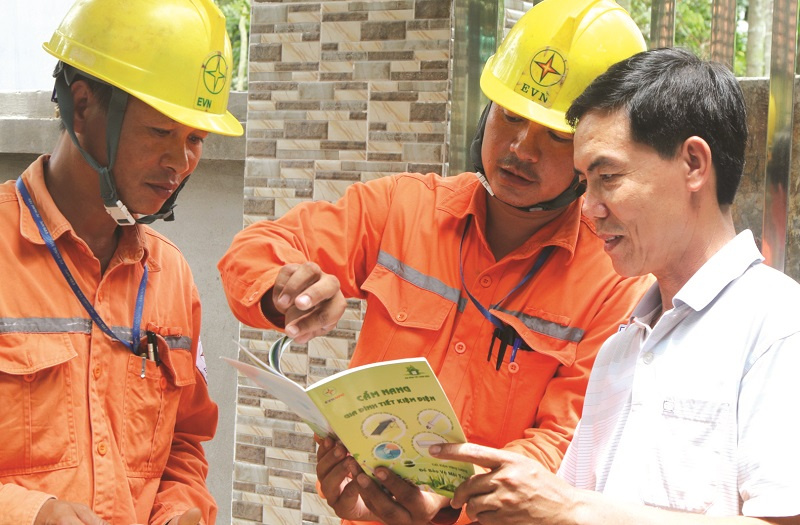 Representatives of EVN said at the meeting that one of the group’s tasks for 2021 is to conduct price marketization to encourage investment in electricity industry and follow the State-regulated market mechanism.

Duong Quang Thanh, chairman of the Board of Directors at EVN, said the group will prioritize sufficient power supply in a stable manner in 2021 for the socio-economic targets.

The group will boost the development of renewable energy to reduce imported materials and ensure stable supply.

In addition, it requires efforts to complete regulatory framework for the electricity industry, especially regulations on credit guarantee schemes as the sector needs huge amount of money for power generation and transmission.

Accordingly, applying advanced technology and using updated equipment will be a must in upcoming power projects.

“The last but not least is digital transformation that should be applied for the group’s operations and customer services to save cost,” EVN’s Deputy General Director Nguyen Tai Anh said at the meeting.

Currently, the group is running 16 software programs including ERP, CMIS 3.0, IMIS, PMIS, HRMS, E-OFFICE and EVNHES, for all its members.

EVN said one of its achievements in 2020 is lowering electricity loss rate to 6.42%, the third in ASEAN.

In 2020, the group offered electricity price reduction worth VND12.3 trillion (US$525 million) to customers as part of efforts to support them in the Covid-19 pandemic.

EVN’s members have so far operated a network of 29,638 megawatts (MW), accounting for roughly 43% of the national installed capacity.