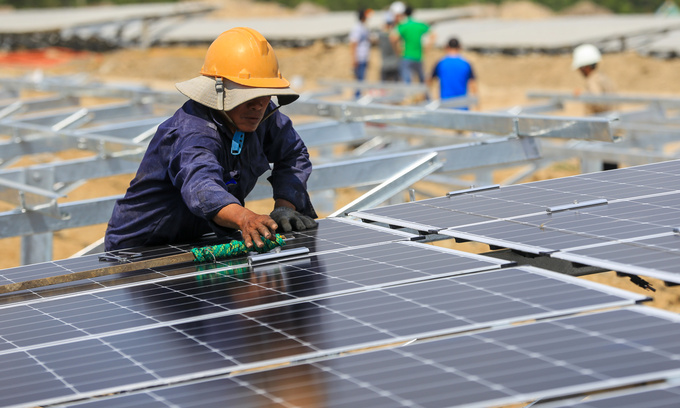 The nature of solar power capacity, which accounts for 25 percent of the total, is to produce high volumes during the day and no production in the evening. This poses difficulties for EVN in operating the national grid, the national utility has said in a report.

There have been times when the grid was oversupplied during the low-demand hours between 10 a.m. and 2 p.m. when solar radiation is at peak, the report says.

On the contrary, when power demand is at the highest, the 5:30-6:30 p.m. period, solar power production falls to nearly zero and the traditional power generators have to be mobilized.

“The ratio of renewable power generation is increasing and with it comes instability in operation,” the report says.

Vietnam’s solar power capacity was roughly 16,500 megawatt by the end of last year, nearly 48 percent of it coming from rooftop panels and the rest from plants.

There was a surge in the number of solar power projects after the government offered an incentive feed-in tariff scheme to promote renewable energy production to meet rising demand in a fast-growing economy.