Home / Best Picks
Top 10 Most Popular Dinosaurs
duonghanhnguyen 4-06-2021, 22:35
Everyone knows dinosaurs. We can see dinosaurs in dinosaur cards and some television dramas and cartoons. So, what are the types of dinosaurs? Topshare has compiled list about top ten most popular dinosaurs species. 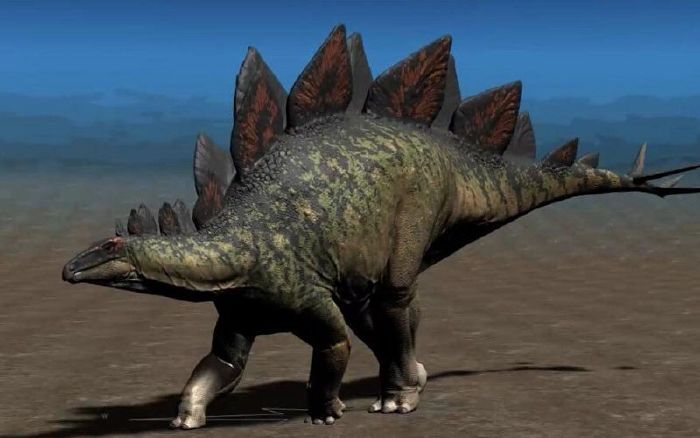 Stegosaurus is a huge herbivorous dinosaur. It is a herbivorous animal that lived in the late Jurassic period. It has a large row of bone plates on its back and a dangerous tail with four spikes to defending against attacking predators, about 7-9 meters long, 2.35 meters to 3.5 meters high, and weighed 2 to 4 tons. They live on the plains and live in groups.

The stegosaurus is one of the most well-known dinosaurs, and it can be seen in movies, cartoons, comics or toys. In addition, the State of Colorado in the United States declared Stegosaurus a "State Dinosaur" in 1982. 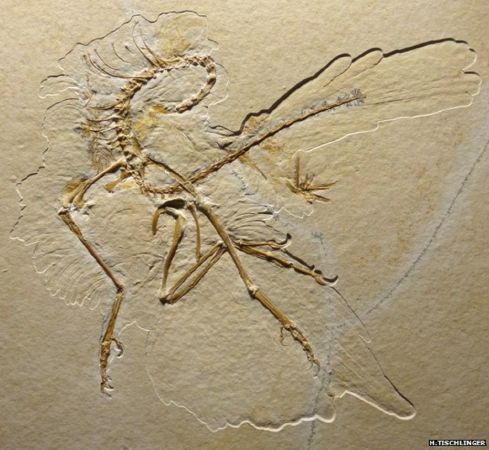 Archaeopteryx is a small dinosaur that lived in the late Jurassic period. It belongs to the suborder of Deinonychus and represents a primitive type of Deinonychus.
It lived in the early Titonian stage of the Jurassic Period, about 155 million to 150 million years ago. These specimens were found only in Germany. Fossils are distributed in southern Germany. 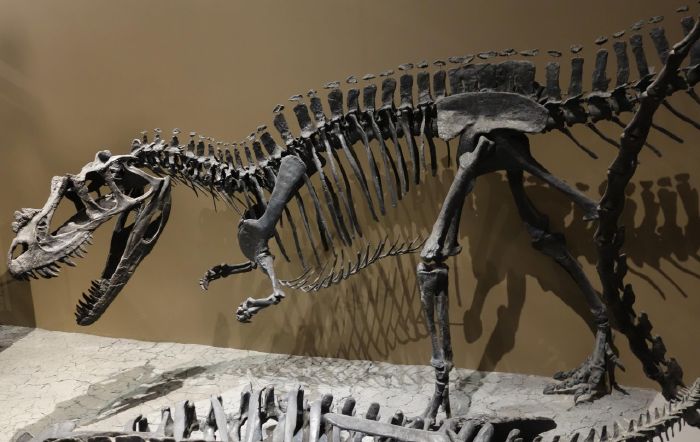 In the late Jurassic period, there was a very ferocious carnivorous dinosaur, Ceratosaurus. From the appearance, it is not much different from other carnivorous dinosaurs. They have big heads, thick waists, long tails, and walking on two feet. The forelimbs are short, the jaws are strong, and the mouth is covered with sharp, curved teeth. But there is a short horn above the nose, and there are similar short horn protrusions in front of both eyes, which may be why it is called Ceratosaurus. In addition, the head also has small serrated spinous.

Ceratosaurus mostly live in the fern savannahs of western North America and the forested alluvial plains in the late Jurassic period, and generally choose to hunt large prey in groups. What is the role of the horns on Ceratosaurus? Some paleontologists believe that this horn is used for defense or fighting, but this horn does not seem to be large, and it seems that it cannot be used for fighting. Other paleontologists have speculated that this horn is only a decoration and has no practical purpose. Male ceratosaurus may decide the position according to the size of the horn. Whoever has the largest horn will become the leader of the group. Diplodocus is a dinosaur of the Diplodocidae. Its bone fossils were first discovered by Samuel Wendell Williston. Diplodocus lived in western North America at the end of the Jurassic period, dating from 150 million to 147 million years ago. They can exceed 30 meters in length and weigh about 10 tons.
Diplodocus is one of the most easily identified dinosaurs, with a huge body, long neck and tail, and strong limbs. Many years ago it was considered the longest dinosaur. 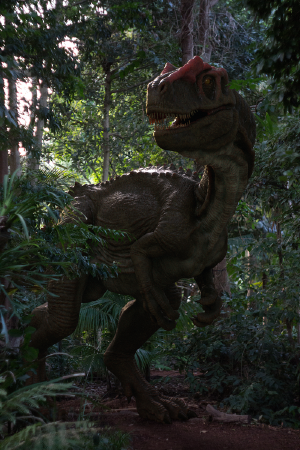 Allosaurus is a medium-sized carnivorous dinosaur. It is 8.5 meters long, 9.7 meters in maximum, weighs 1.5 to 3 tons, and heaviest 3.6 tons. They lived in the late Jurassic, from about 155 million years to 135 million years ago. Since being named by Othniel Charles Marsh in 1877, many possible species have been classified under the Allosaurus genus, but only a few are considered valid species. Allosaurus is very clever and will besiege large prey. It is a huge, fierce carnivorous dinosaur. Iguanodon is a large bird-footed dinosaur. It is about 9 to 10 meters long and 4 to 5 meters high. It has a sharp claw on the front thumb and may be used to resist predators. They mainly lived from the Jurassic and Cretaceous periods (65 million to 200 million years ago). The hind legs are well developed, erect about 5 meters high, and 11 meters long from the head to the tip of the tail. The tail is heavy and balanced. Vegetarian, long tongue, jagged teeth, used to tear and chop leaves.

Iguanodon is an ancient reptile and the earliest dinosaur found. Fossils were discovered in the south of England in 1822. It is about 9 meters long and weighs 7 tons. The forelimbs have five fingers, Walk on two feet and feed on plants. Fossils are mainly found in Europe, North America, North Africa and East Asia. Therizinosaurus is a slow-moving dinosaur. Its sharp claws are like a sickle, which is very strange. Paleontologists believe that Therizinosaurus is a specialized group of carnivorous dinosaurs. It feeds on plants, fruits, and insects, and it may have a series of catabolize characteristics that are the result of convergence and evolution. Therizinosaurus is mainly distributed in East Asia and North America. Most species lived in the late Cretaceous, but the literature shows that fossils of the Therizinosaurus group have also been found in early Jurassic.

Living in the late Cretaceous period, Therizinosaurus is a bird-like omnivorous dinosaur. Its fossils are distributed in Central Inner Mongolia, Kazakhstan, and the Gobi Desert in Mongolia. The giant claw is like a sickle. The most prominent feature of them is its six giant claws on its forelimbs. These giant claws are 75 cm long and shaped like a scythe to weed removal. These giant claws can be used to drive out natural enemies, acquire objects, or compete for spouses. However, although its claws are large, it can only act as a little deterrent to its only enemy, Tyrannosaurus. Although the body of Therizinosaurus may be covered with relatively primitive feathers, its body is quite stout and cannot fly like birds. 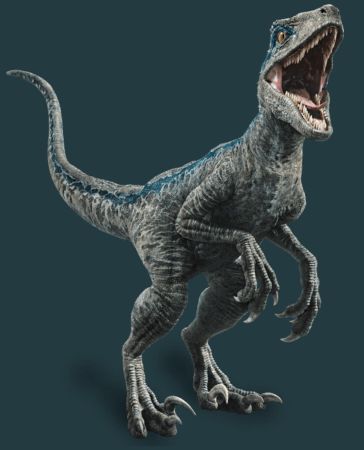 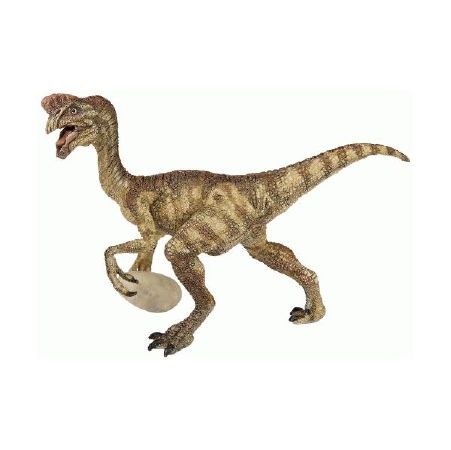 Oviraptor is a small theropod dinosaur that lived in the late Cretaceous and 1.8 to 2.5 meters long. It is similar to an ostrich, with pointed claws and long tail. It is speculated that it has strong exercise ability and agility. It can use a tough tail like a kangaroo to maintain its balance and run fast.

Some experts believe that Oviraptor is closely related to birds. They are many similar behaviors and characteristics to birds. When disaster strikes, they may be hatching eggs like birds. It is like some reptiles. After laying the eggs, they will bury the eggs in the sand. After burying them, they do not want to leave in a hurry, but wait with the eggs to prevent other animals from attacking them. 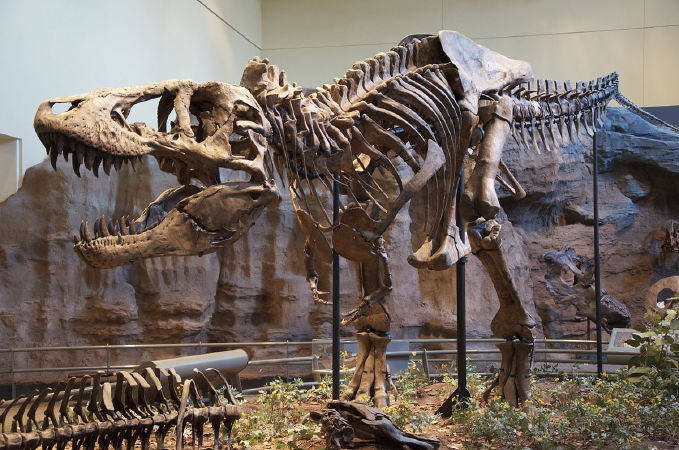 The species Tyrannosaurus rex (rex meaning "king" in Latin), often called T. rex or colloquially T-Rex. Tyrannosaurus Rex, lives in the end of the Cretaceous, which is about 68.5 million to 65 million years ago. One of the last non-bird dinosaur species before the Era extinction event. Fossils are found in the United States and Canada in North America, and are among the latest extinct dinosaurs.