Home / Best Picks
Top 10 popular attractions in Hanoi don't miss out
hanguyen0409 4-06-2021, 13:37
If you are planning to visit Hanoi, then you should take notes on your tourist tour the famous attractions in Hanoi to not miss any frame in a beautiful Hanoi and the ancient. 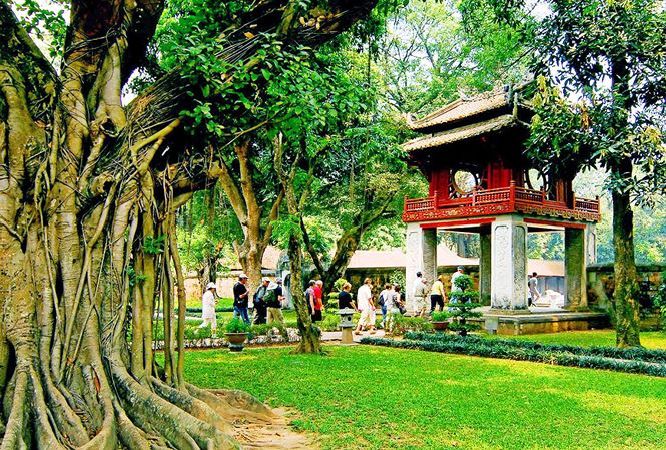 Temple Quoc Tu Giam is a culture of the top cultural architecture and is the pride of the people of the capital when it comes to the tradition of thousands of years in the Culture of Thang Long – Dong do – Ha Noi. Temple of literature is considered the symbol of knowledge, of Vietnamese education. This is the place of worship for the Holy Fairies, the pioneers of the Confucianism and the private capital of Vietnam. 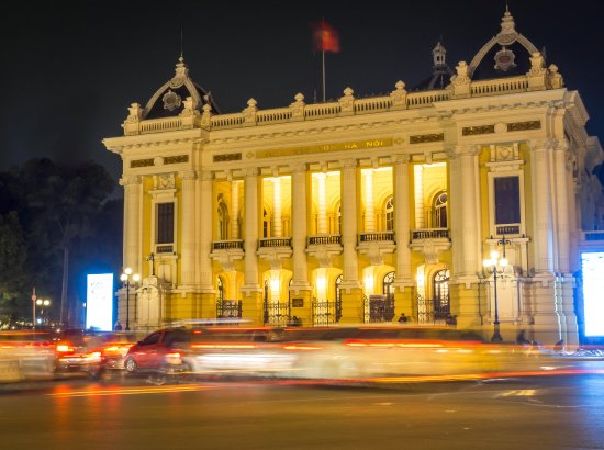 Hanoi Opera House is quite beautiful where gathering, dating is ideal for you near the distance, especially when the night, the scenery is beautiful and attractive. Hanoi Opera House is 1 long-established architectural structure in the capital, the layout of the interior is quite modern and this is a place where interesting activities as well as special art programs for the experience. 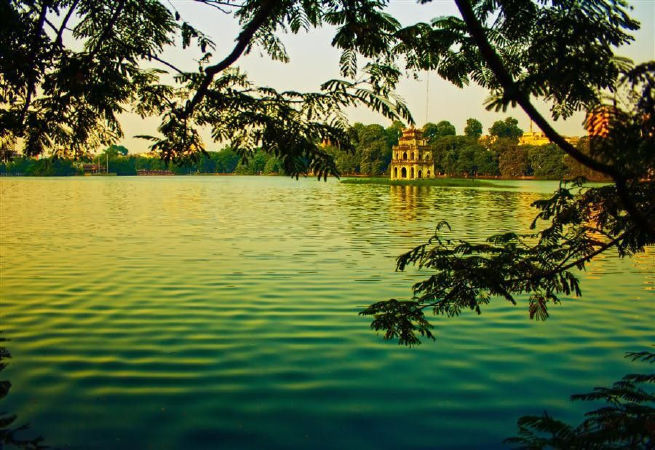 Ho Guom is like the heart of this thousand year old City.. The lake as the large mirror mirrors the old trees, the willow-soaked willows, the temple roofs, the ancient pagoda, the old Mossy tower, the new high-rise buildings rise to the blue sky.
A delightful experience for tourists is walking a lake round, you will see a Hanoi ancient but still full of modern shows up very clearly. Beside the lake are architectural works such as Pen Tower, the radio, the Huc Bridge to Ngoc Son temple, le Thai to King Temple, Hoa Phong tower,... 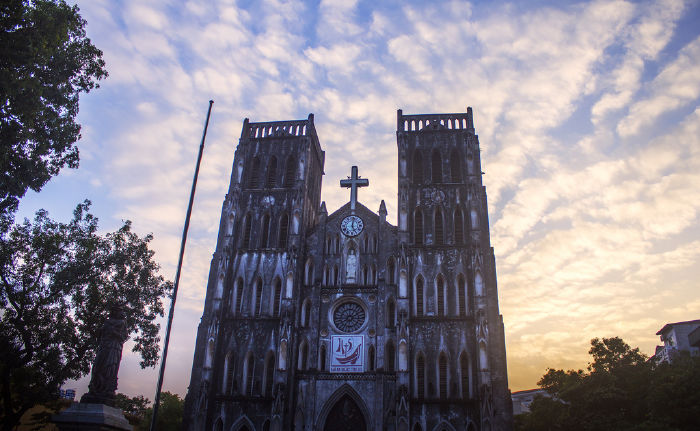 Located in 40 Chung-gu, Drum ward, St. Joseph Cathedral is one of the interesting destinations in Hanoi, where access to not only the religious followers but also the familiar places of youth, tourists in the quarter. The church is designed in the European medieval Gothic style with tall walls, arches and many windows.
Inside the church, the sanctuary is carved with a wooden golden lipstick combined with a stained-glass holy painting system. Feeling like standing in a ancient castle and classical music, you're probably trying to try it out. 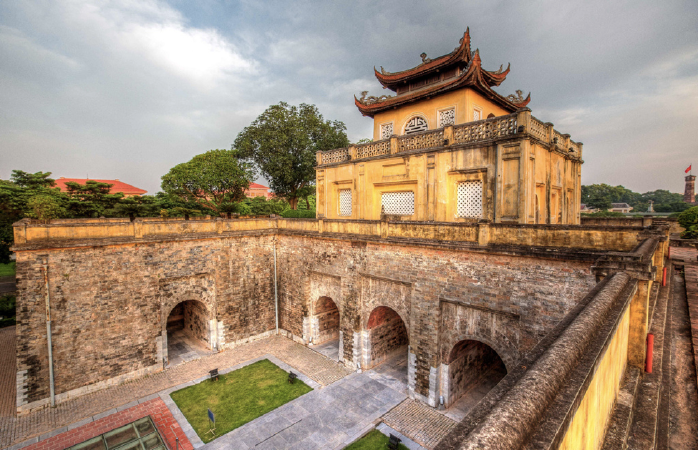 Thang Long Imperial Palace is a relics associated with the development of Thang Long – Hanoi, built by the rulers in many historical periods. This is also the most important relic in the historical system of Vietnam. To the Imperial City of Thang Long Visitors can visit the highlights such as the 18 Hoang Dieu Archaeological Zone, Doan Mon, Dien Thien, Bac Mon (North City)... One pillar pagoda has a fairly fancy architecture, with 1 No 2 in Vietnam. In particular, the temple has 1 large, most-sheltered pillar for the entire pagoda. Due to the unique architecture and the sacred Temples, one pillar pagoda is often concerned, loved by the tourists near the distance. 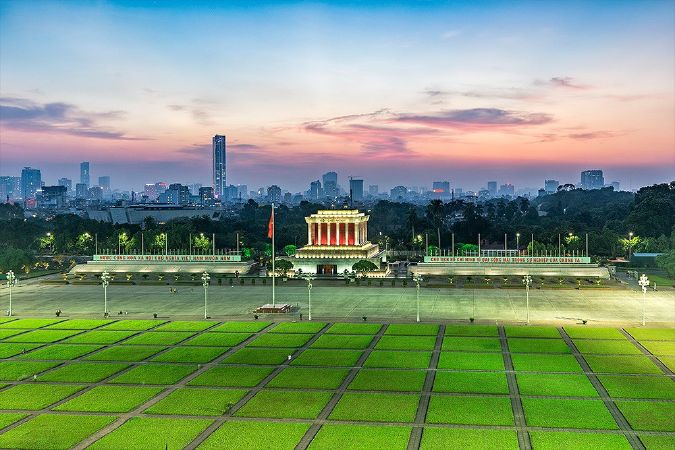 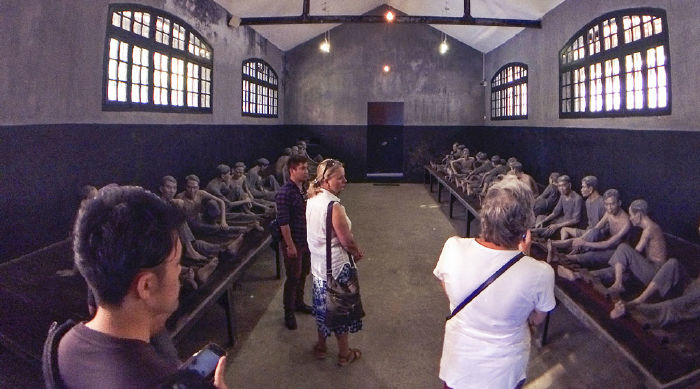 Hoa Lo Prison was constructed by the French in the year 1896 as "Maison Central", where the revolutionary soldiers were imprisoned against the civil regime. This was one of the most fortified of the Indochina. After the liberation of the capital, the prison was placed under the authority of the revolutionary government. Between 1963 and 1975, it was also used as a place to hold American pilots in the northern destructive war in the north. Today the fire brigade has become a special historical relic with many valuable materials on display and keep it carefully , attracting thousands of domestic and foreign tourists to visit every year. 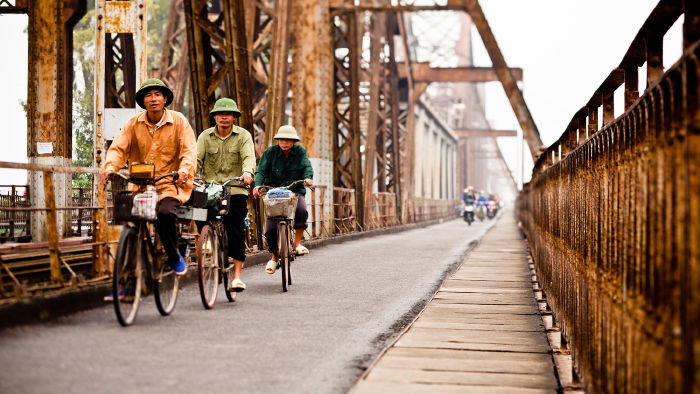 The bridge was built by France from 1898, the first steel bridge north across the Red River. Long Bien Bridge attached to the two civil and anti-American resistance of the nation, which is considered as the symbol of Hanoi in difficult years of struggle. The past values are still deposited in each bridge, so in the heart of many people in Ha Noi bridge Long Bien is a part of memories can not be removed. 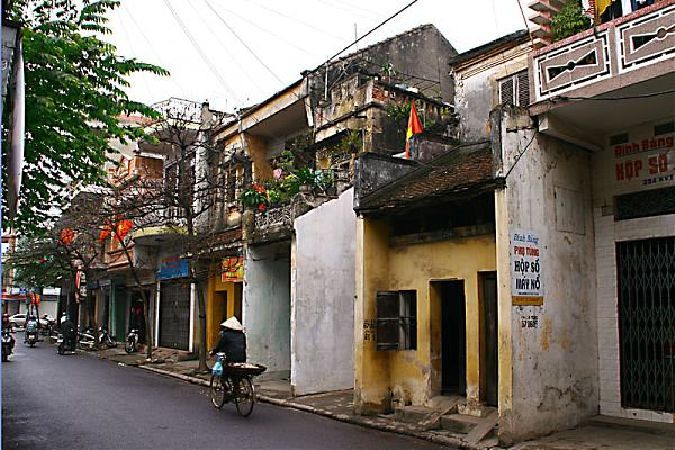 Hanoi's Old quarter, the streets retain most of the cultural and historical value of our nation. In the old town there are quite a few quaint houses, ancient streets as well as delicious specialty eateries located in the sidewalk area for you to enjoy, experience. Hanoi's Old quarter is the European quarter of Venice.

Hanoi's Old Quarter is located on the west and north of Hoan Kiem Lake, where the populated population of the city is inhabited by 36 streets. Each street here mainly focuses on selling a certain type of item. Wander the neighborhood and enjoy old-town cuisine such as pho bo, fish pies, gazebo, fried rice noodle soup, candid zebra noodles, cold noodle in the Old City district,... Will make your trip more memorable! The choice of many old Town hotels to enjoy the food here.