Home / Best Picks
Top 10 best movie studio Pixar
sonnguyen 4-06-2021, 11:23
Pixar is one of the world's best animated studios. The works that come from here always take away the emotions and tears of the viewers. So far the company has produced 19 works, winning 16 Oscar statues and numerous other prizes as a testimony to the quality of the films coming from this maker. Although it is now acquired by Disney but does not restrict the creativity of talented human beings in the studio, which, contrary to abundant funding from Disney, Pixar is easier to create top-notch works. With a review of Pixar's excellent works through this article! 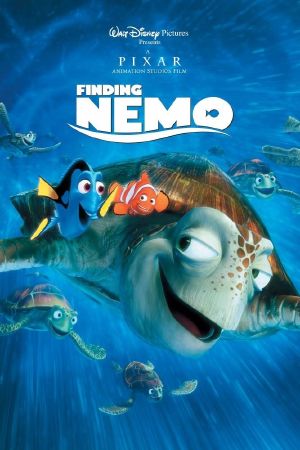 The film is a love song about fatherhood in the vast ocean full of dangers but also fascinated by the beauty of pure beauty.

Finding Nemo revolves around the life of the Clown fish. Marlin A fish always frightens the world, and prohibits his son Nemo from being exposed to the outside world, a day when a small fish is captured. The film is an extremely emotional journey beyond the dangerous ocean to find the son of Marlin.
Director Andrew Stanton made the film based on his being too protective of his children in his life. As a result, the journey to find Nemo of Merlin's clown is filled with emotion and love. The film is a lesson for parents in getting their children to the big Sea because only the new danger helps them grow and must have faith in friendship and believe in themselves. 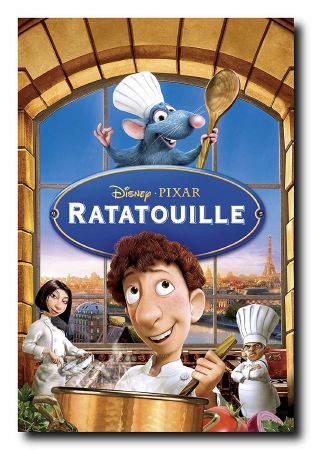 Ratatouille has created inspiration for passion and success for not only young audiences but also adults.

Oscar Award for Best Animated Feature, Ratatouille shows Pixar's great creation. The protagonist is a rat Remy but has a strong passion for cooking, uncle has set foot in Paris and together with Linguini-the son of Idol and the famous chef of Gusteau restaurant, proves the notion that "everyone can cook delicious" even if it is a non-social recognized person.
The movie is set in Paris, the simple story, the character is not admitted, a rustic and rich meaning as the title point for the story forward. Ratatouille Therefore, has always been an endless motivation for anyone who has a passion for their own. 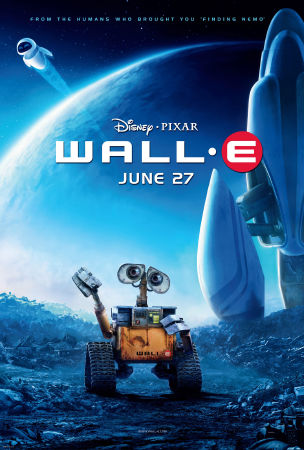 A film of true love absolutely deserves to be one of the best science fiction movies ever made.

Is one of the best films about science fiction. Wall-E reflects the state of the Earth in the future, overrun by garbage, human beings must live in the spacecraft in a round, lazy fat situation. But on Earth there is still a young man who cleans the Wall-E junk daily hard to clean the garbage and love in the pure light of uncle for her the Eve machine. The film almost has no dialogue, but the audience is drawn into the story of the two robots. A simple, gentle film that gives the audience an emotionally rich picture of an ideal, sincere love and a warning of human impact to the Earth in the future. 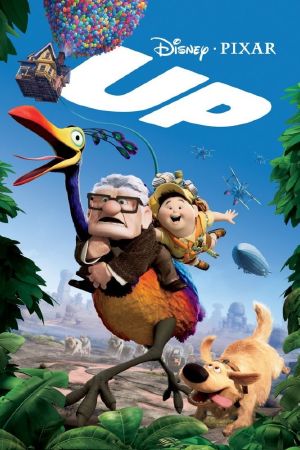 Up is the adventure of an old man who made his wife promise, finding the falls of paradise with the boy unintentionally drawn into the trip. After a journey full of troubles due to the difference between the two generations, the old man finally found the meaning of his life, and the boy became more listened to.
The film celebrates love in the most primitive value that man always aims for, Up brings selflessness, experience, and elimination of selfishness, ego. 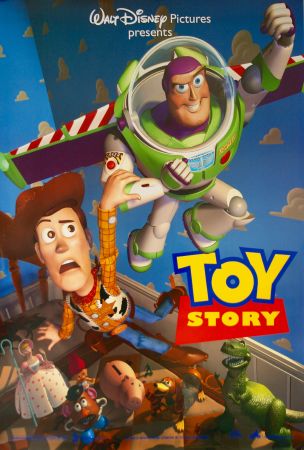 Toy Story is not simply a pioneer, it is also a model for how a movie can become a masterpiece.

As the first computer-animated animation film in the world, and also Pixar's first film, Toy Story is the first step to conquering the world with the sensitivity of choosing topics and making things close. most of them become cartoon characters, giving them personalities and from them, Pixar builds a human worldview that nourishes children's hearts.
The film is full of emotion, both happy and sad, as a childish film but touching the deepest part of human nature that is the factor of fear of being forgotten, fear of being replaced, but here the two main characters are two toys desire to win the affection of the young master. 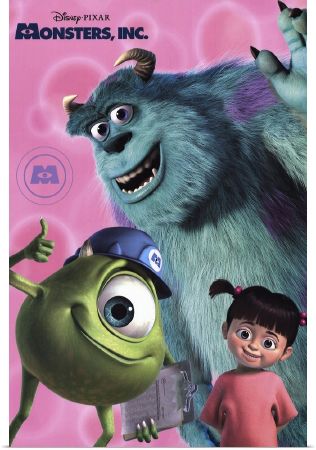 The film also succeeds with building a good villain, something that many Pixar films tend to work towards.

Born in 2001, Monster Inc. Tells a special story about the friendship between monsters and a child. If the monster is a child's fear when the night is down, is created in the closet, under the warm bed that wears people all the time, Pixar reverse, building up a special, big but shy, Sully monster image.
The insight in the story comes from directing understanding the feelings of children to the things they imagine, to build two characters with great harmony and humor, thereby giving the message of friendship, love, and cover to overcome fear , lonely and selfish. 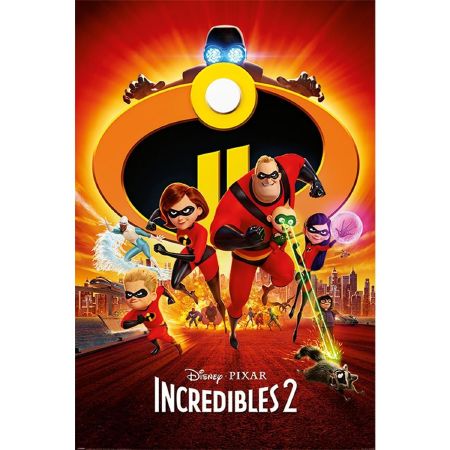 This is a film that has a tight story, the character is clearly introduced, subtle, in which a superhuman family tries to balance normal life with the operation of the sceptless.
The Incredibles does not abuse the action, everything is calculated really meticulously so that in the 2 hours, the story perfected from the character, the engine and how the main characters gather to win the evil who are trying to wreat havoc with the earth.
The Incredibles is indeed a very excellent film, but it's hard to have a superhero movie that can be done, perhaps for so long. 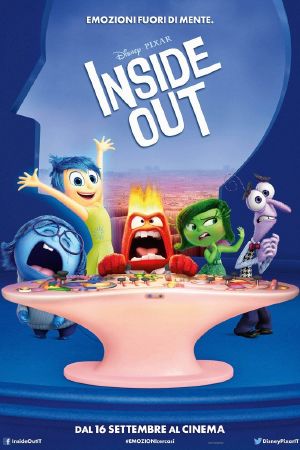 Inside Out - Official US Trailer

Director of the film Docter had an idea based on his attention as her eldest daughter grew. Her psychological changes helped Docter to devised a great story about the significance of sadness in everyday life.
Inside Out is her journey little Joy with the help of the little girl Sad has helped her master understand the meaning of the family and can cope with the full sadness that is fully filled in each person's life.
Sometimes I hate sadness because it makes me tired, tears me up and makes ourselves feel exhausted. But I do not realize that, thanks to the sadness that new joy is worth. 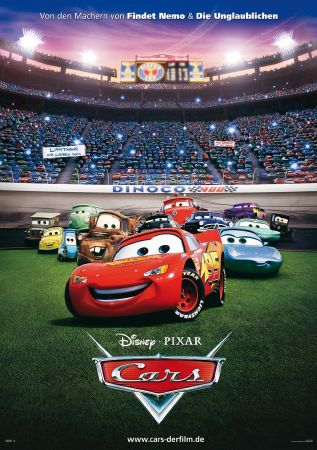 The film is about learning about yourself, learning new things and the value of true friendship

McQueen Lightning - the racing car covered in red paint, very energetic, complacent and constantly sarcastic smile. But the problems came in and they almost went to jail. He drifted to a town and met his friends: the lawyer Sally, Dr. Hudson and the old truck Mater. From here, McQueen has realized many meaningful things in life, lessons about finding yourself and learning important things. In addition, Cars also have the best music of any movie that Pixar has made. 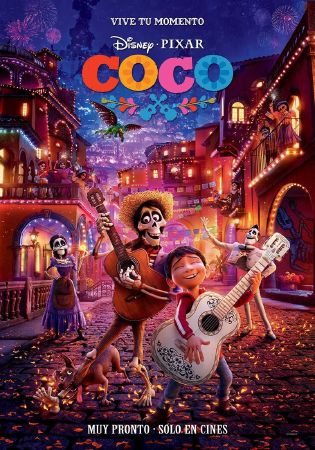 We can see our teenage image in Miguel, always sensitive and carrying family-banned hobbies but not understanding how parents are worried about the future of their children and grandchildren.

The story of the film was not so complicated, Miguel, a 12-year-old Mexican boy grew up in his family with a shoe tradition but passionate about music. Ironically, music is absolutely forbidden to guess in his family. At Día de los Muertos a day when people were making ceremonies, pitching food and flowers in remembrance of deceased relatives, he quarreled her and her parents, determined to find a guitar for performances, more importantly to demonstrate her talent...
The film offers an interest in colorful images, high family sentiment, a passion for the "price like" regret in the film.
Each of the works created by Pixar is very distinctive and meaningful in both content and image. Hopefully through this article you can find back the movies of childhood or have a suitable film watching with family in the last days of the year.