Home / Best Picks
Top 10 most beautiful railway in the world
sonnguyen 4-06-2021, 09:05
In the form of tourist transport, the railway always gives visitors the view to the most beautiful and honest. During that journey you will be taken through almost all kinds of terrain and see the stunning natural scenery. You'll be taken to the mountain and you're long into the sea, or cross the forests or cross the rivers or small streams, there will be some suspense if the rail line you go has spectacular tunnels. The type of railroad that exists most in the countries of the world, there are hundreds of thousands of railway supply that are opened so what are the most beautiful railway lines in the world, let's see. 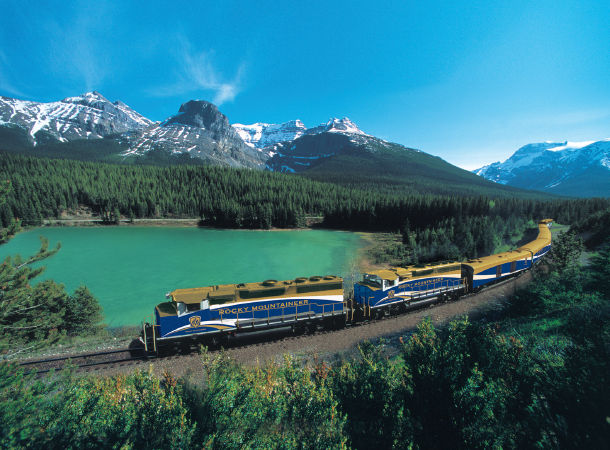 Surrounded by the beautiful scenery of southern Columbia in England between Vancouver and Banff, Rocky Mountaineer is the first railroad to the west, one of Canada's most picturesque scenic trains.
After leaving the railway station in Vancouver, you will enjoy breathtaking views such as pristine waters of Fraser Canyon and steep slopes along the Thompson River with luxury railroad cars and overnight in the waterfront of Kamloops before continuing the beautiful white snow-covered peaks in the Canadian Rockies and BANFF. 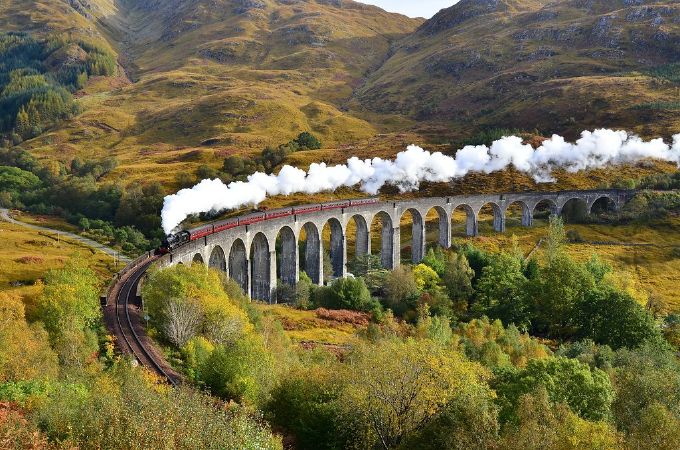 The cruise train runs along the long lakes in the picturesque valley bottom of Scotland before going through the majestic Glenfinnan viaduct, which is often chosen by filmmakers as the backdrop... Many of the travel specialists did not hesitate to identify The Jacobite as "The Greatest Railway Journey in The World".

The route passes through the highest mountain in England, the deepest European Loch Nevis, the shortest river, the Mallaig Road in Glenfinnan, where the world's most beautiful fishing villages and silver-coloured beaches appear in many films. 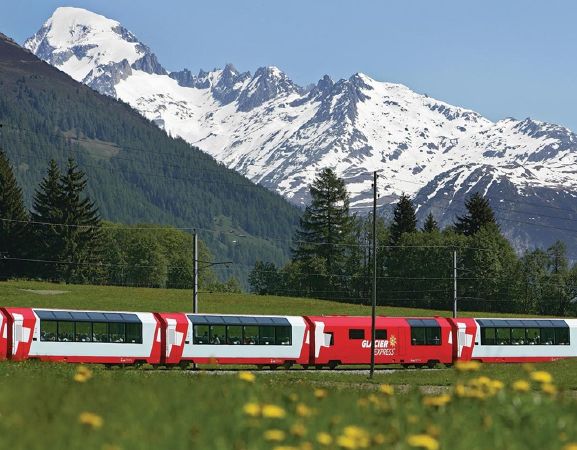 Connecting two mountain resorts in Zermatt and St. Moritz in Switzerland, Glacier Express is the best relaxing way to enjoy the stunning scenery of the Swiss Alps. From Zermatt to the east, the train has a journey through 91 tunnels and 291 bridges as well as through prairie steppe, a beautiful pristine mountain lake.

The highlight of the journey through the Oberalp Pass, the highest point of the route, is 6706 feet tall and the Landwasser Viaduct is famous for its high-200 altitude six-foot arch, and passes through a cross-mountain tunnel. 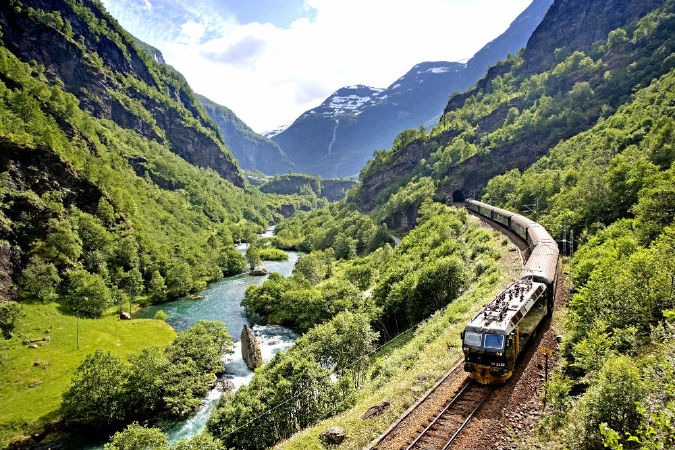 Flam is not a mighty train with a striking but stunning itinerary, one of Norway's top tourist attractions, frequently hailed as one of the most beautiful railways in the world.

As one of Europe's fastest railways, Flam is 2,831 feet long, with a station that comes from the small village of Flam in Sognefjord passing through deep ravine, waterfalls and towering Myrdal peaks. Gorgeous in the summer, the Flam railway is even more magical in the winter months while laying out on a blanket of winter views. 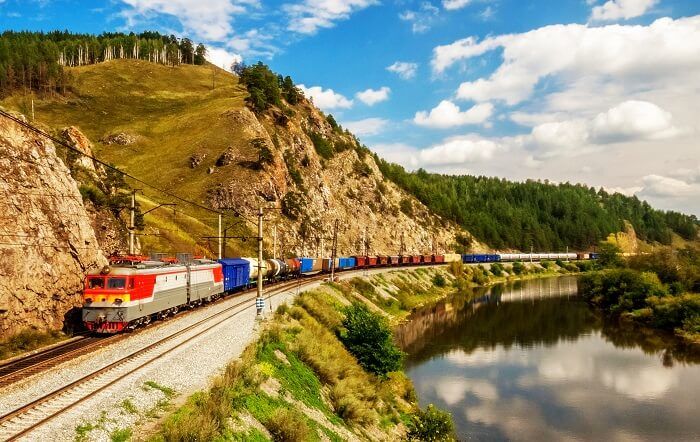 The 9.288 km long line, which comes from Moscow to the city of Vladivostok. You won't be sorry to experience the exciting mix of the two east-west through over 990 terminals (the train stops at only 50 stations).

On the Trans-Siberian route, from the landscaped forest landscapes of the Birch wonderland to the cold deserts of Siberia that appeared through the ship's gate frame before making way for the endless steppe in Mongolia. And on this six-day cruise aboard, visitors will have to remember the impression of the impression along the length of the Great Wall of China... 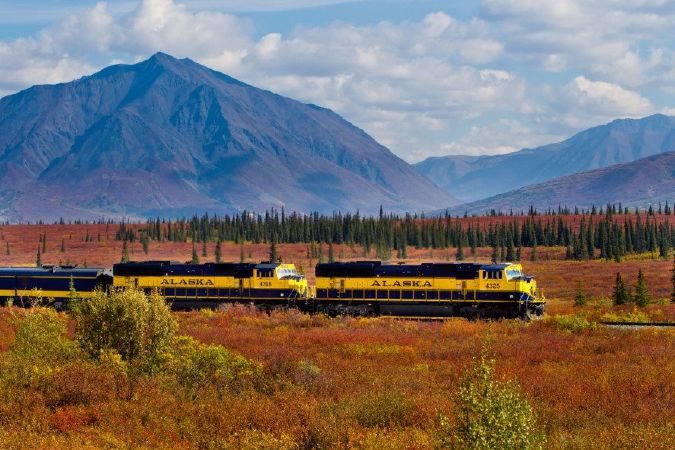 This 6-day journey will give you the chance to enjoy the breathtaking landscapes of Alaska. The route runs through both Denali and the Kenai Fjords National Park. You will see the mountains, forests, sea and the coast or Mount McKinley, the highest mountain of Alaska. There are many stops on the way so passengers can engage in various activities, such as rafting amongst the icebergs, hiking in the Denali. 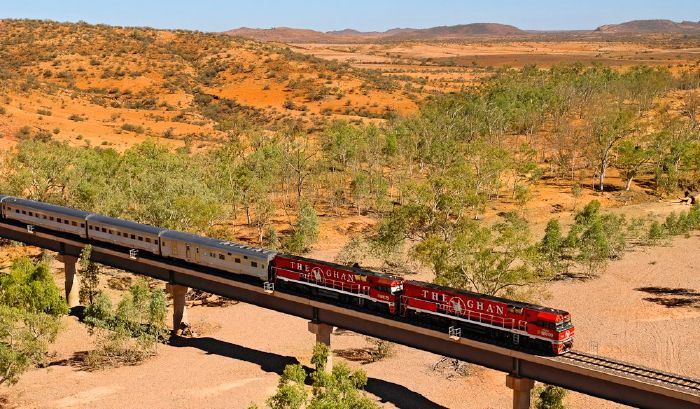 Travel Australia to the Outback, home to the most romantic landscape of The Planet and The Ghan, which gives you the chance to see The vast, sophisticated landscape. There is a ramp through the red-coloured area of Australia.

The train is close to 2000 miles through lush landscapes, the tropical Northern Territory, through the MacDonnell Ranges with red Boulders and South Australia's fertile plains. This feature is as a cruise train. 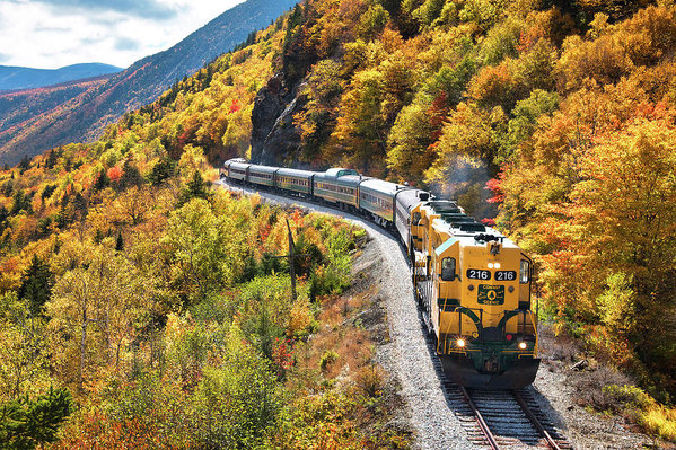 Under the management of the Maine Central Railroad Railway Company, this line began to serve in 1870. During the 5-hours journey, guests will admire the views of the streams, mountains and lush forests. On this journey, you will pass almost half of the United States with a distance of 4000 km and last longer than 2 days. This tour comes from Chicago to the region of Ameryville, California, where you'll see the Colorado River, the desert in Nevada, and across the Sierra Nevada mountains. 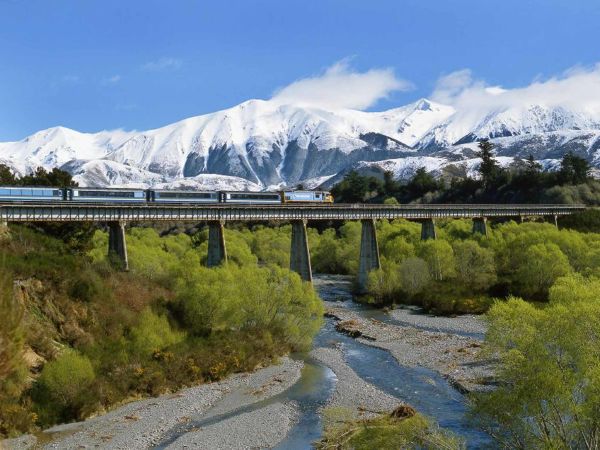 The TranzAlpine train will take you on a journey with the breathtaking view of New Zealand-South Alps of South Island. Departing in Christchurch, the train travels north-west through the fertile fields of Canterbury by the Waimakariri River and up the mountain through bridges. Pass by the magnificent snow-covered mountain in the Arthur Pass National Garden, TranzAlpine passes through the tropical rainforest of the West Coast before arriving at the last station an ancient town where gold is mined at Greymouth.