Home / Best Picks
Top 10 Popular attractions in Dubai
duonghanhnguyen 4-06-2021, 07:05
Located in the middle of the Arabian Peninsula, Dubai is an international metropolis. With a unique terrain of the sea and a side of the desert allows you to enjoy two distinct holiday at the same time. You can sunbathe on the beach, or to the sandy beaches to watch the sunset. Of course, if you have enough money, you can also enjoy the luxury of lavish hotel, experience the entire island with seaplane or lunch at the sea-bottom restaurant or go shopping in the major shopping malls of Dubai. 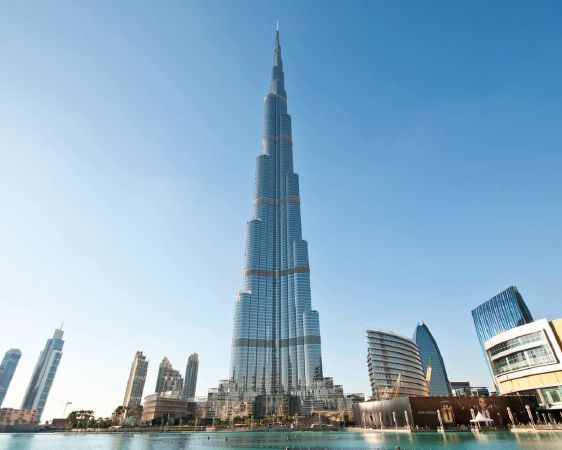 Burj Khalifa is the tallest building in the world today. It stands out on the clouds of Dubai at an altitude of 828 meters. This is an architectural masterpiece combining art, engineering and traditional culture. It has a spacious office space, 900 private housing, and a Armani hotel consisting of 160 rooms.

Standing on the floor 124 of the building, you can see the entire Dubai. This uniquely styled hotel is Dubai's famous place and the only seven star hotel in the world, with great luxury. The hotel is shaped like a sail-fly wing and is the most extravagant symbol of the UAE. The Dubai Fountain is the largest musical fountain in the world. It has a total length of 275 metres and can be sprayed up to 150 meters, equivalent to a 50-storey building. The fountain will spray 22,000 gallons of water with 6600 lamps and 50 color projectors. There are over 1000 variations of the water column sprayed. The music is used differently and performances of the water column are also different. 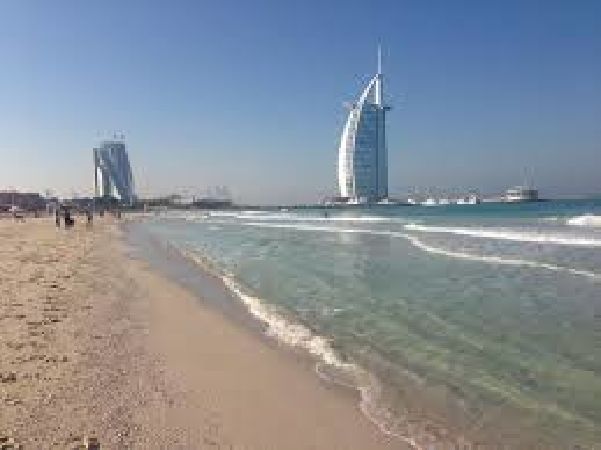 Jumeirah Beach is located in the northeast of the Burj Al Arab Hotel. White sand with clear waters of the Persian Gulf in front and near the luxury hotel Burj Al Arab. It is the only place in Dubai where you can wear swimwear. 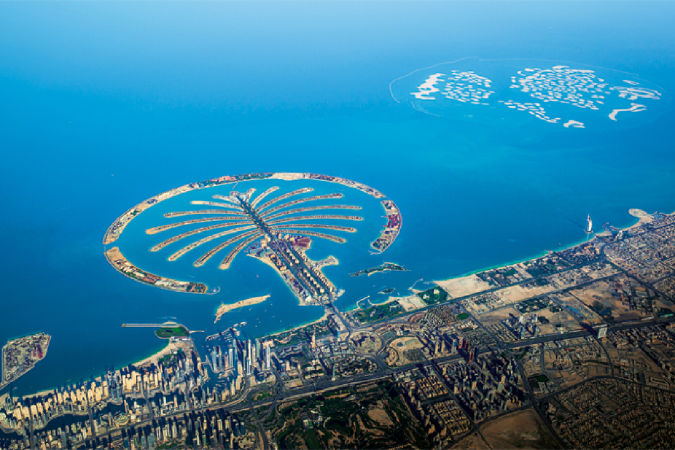 The Palm Jumeirah is an artificial island built by the government of Dubai and built on the blue waters of the Arabian Gulf, which can be said to be a lavish place. Looking from the sky, the Palm Jumeirah is shaped like a palm tree. This is one of the largest land reconstruction projects in the world and is known as the "eighth wonders of the World " 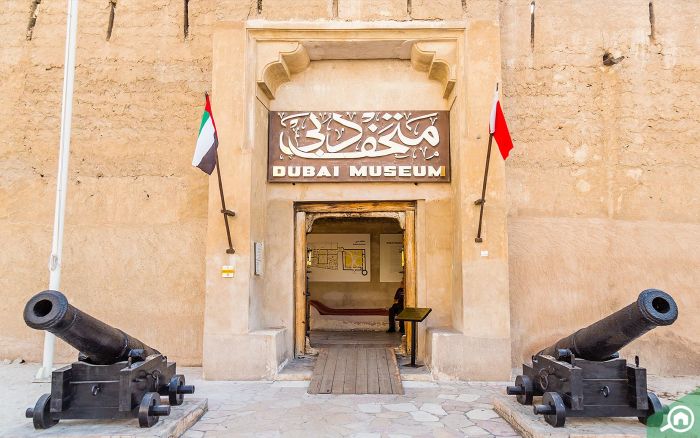 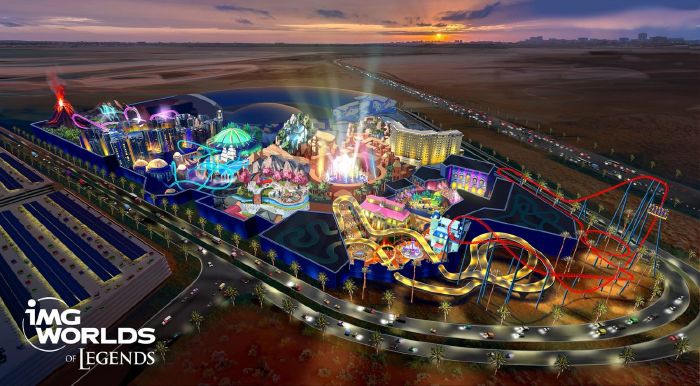 The IMG theme park is the world's largest indoor theme park built by the richest people in Dubai for $1 billion worth. Inside the park is divided into 4 zones: Marvel, Cartoon Network, Lost Valley-Dinosaur Adventures and IMG Boulevard.

The Dubai Mall is the world's largest shopping and entertainment centre. It has about 50 football pitch and over 1,200 stores, which gather almost all of the world's most famous brands. If you want to stroll around the center, will not be able to go out in one day. Located in the heart of the Old City of Jumeirah, the Jumeirah flea market is an attractive market for its Arabian-style architecture. The market mainly sells Arabian souvenirs.