Back To The Future (1985) Theatrical Trailer

Topping the list of the top 10 best time movies of American cinema is the Back to the Future film. This is a movie about a journey to the past of a boy named Marty when the time machine goes down. Here Marty met his parents. He sought to fix the historical turmoil and help his parents get together.

This is a film about the love story between young screenwriter Richarrd and the young girl in the picture. This guy was mesmerized by a photo of a woman named Elise. Thanks to hypnosis, he traveled back in 1912 to find that girl. Unfortunately, afraid of the relationship of two people affecting Elise's career, her manager decided to split the relationship. 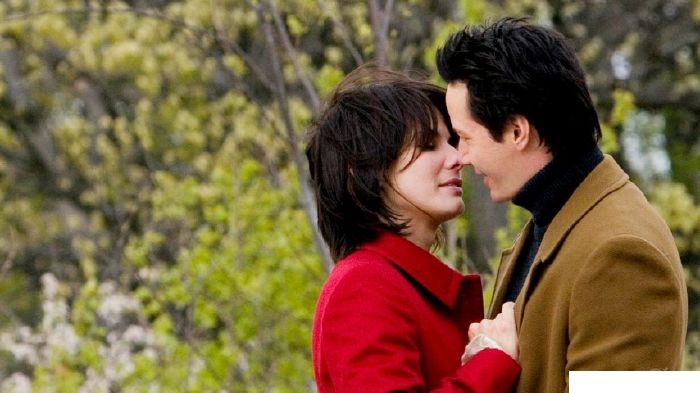 This is a movie about the love story between female doctor Kate and architect Alex. Before leaving the house by the lake, Kate left a note to the new owner. Alex received the recording and wrote back to her. After a period of correspondence, Kate and Alex both realized that they lived in that house and only 2 years apart.

This is a film about the character Henry - who has a genetic disorder. This guy can travel random time but doesn't control when, how long he stays. This special ability of mine influenced the love affair between him and his wife.
Henry kept disappearing and returning so it made her worried and uneasy. This disorder also makes them unable to have children. However, the wife is still with him, loving and with him overcome all challenges.

Referring to the top 10 best time travel movies of all time, it would be flawed if you missed Donnie Darko. This is a film about the boy Donnie always obsessed about doomsday. One day a self-proclaimed Frank called up to meet Donnie and said the world would end after 28 days. Since then, the boy has performed many strange actions under the control of Frank. 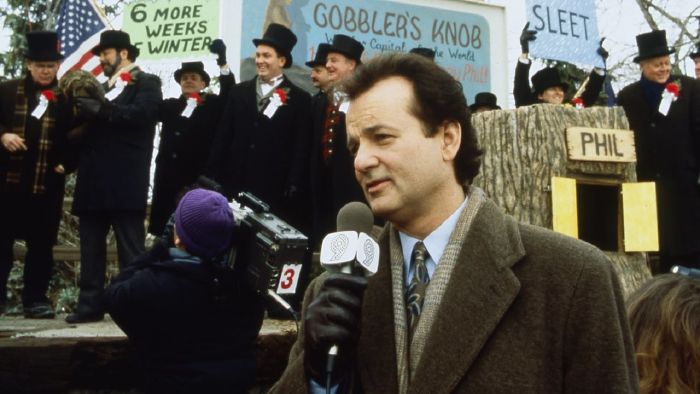 Groundhog day is a film about the character Phil Connors

This is a film about the character Phil Connors - a weather forecaster. He was stuck in a time loop that always had to live up to one day. At this point, he began to ponder his life and realize which is what he needs to care about.

This is a movie about a protagonist named Jose who lives in 2044 - a period when the world became chaotic due to gangsters. In 2074 time machines were created and only gangsters sought to serve their conspiracy. It is to go to Jose and ask him to become a gunman to help them eliminate anyone who catches them into the future.

This is a movie about Jenna Rink when she was 13 years old and always wanted to be a 30-year-old woman. However, when her dream came true, she realized that life was not as rosy as imagined. 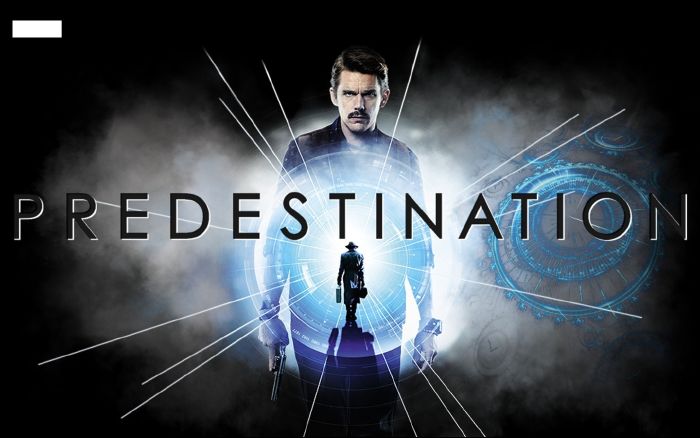 Predestination is a time-traveling film that is critically acclaimed

This is one of Australia's time travel movies and is highly appreciated by critics. A time travel agent from the 1970s whose purpose was to stop the terrorist.
When he was a bartender to hide himself, he accidentally met Jane. She accidentally met a man on the street, two lovers and Jane pregnant with his son, the man disappeared again.
On the day of her birth, the doctor discovered that she was bisexual and had a female genital amputation. She has completely changed gender and has a new name, John. The ending of the movie will reveal the relationship between Jane, John and the baby that will make you turn back.

This is a film about Major William - an officer with no combat experience. However, he must join a war against aliens. He was killed in that battle, but he found himself returning one day before his death and the timeline kept repeating.
Above have shared the top 10 best time travel movies of all time. Thereby, on this occasion, please join with your loved ones to watch the time-traveling films above to experience the most dramatic and thrilling.