Home / Best Picks
Top 10 stunning castles in Europe
sonnguyen 4-06-2021, 03:52
Europe has a history of thousands of years, with the castles, ancient streets, the most wonderful territories. European countries are commonly known for their architectural, landscape, and special works, rather than castles. Each castle is a witness of history for the pride of a clan, a royal tribe. The fortified castles were built in the Middle Ages by the realm of the crown and nobility. The splendid and ancient castles are the place where many tourists dream once admire when they arrive in Europe. Let's follow the top 10 including the magnificent castles in Europe! 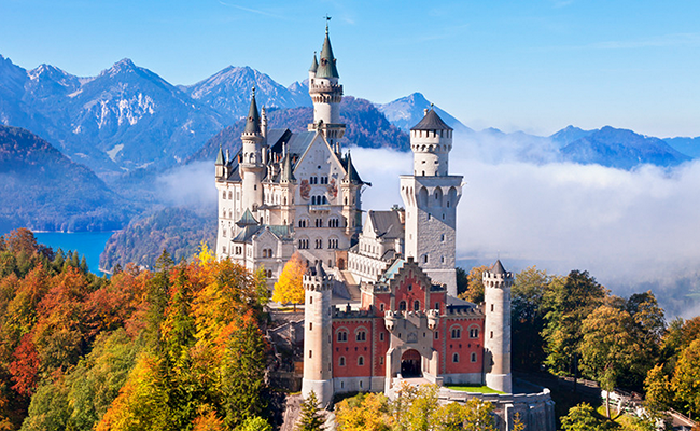 Neuschwanstein Castle is a castle located in the geographical part of the village of Schwangau near Füssen in southern Germany by King Ludwig II of Bavaria. The castle is the most famous of the castle of Ludwig II and one of Germany's most popular tourist attractions. The castle is also known as the "Castle in Fairy tales" by tourism enterprises. The castle was used as the model for the "Castle Princess Sleep" in the Walt Disney Park. In the near term, Hohenschwangau Castle, where Ludwig II resided with his family in summer when he was a teenager. In addition, the castle is located on a hilly setting in Germany and was designed as well as a place for a king named Mr. King Ludwig II of the Bavarian country. It is known to be an art but prodigal, and sometimes the "King of Mad", but the most interesting thing about King Ludwig II is that his mysterious death has left a number of unknobs until today! What really happened to the strange king who lived in that Fairy Castle? 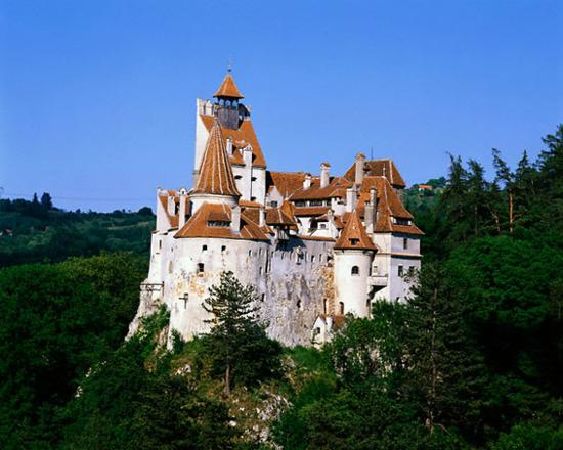 Bran Castle (Romanian: Castelul Bran; German: Törzburg; Hungarian: Törcsvar), located near Bran and in the vicinity of Braşov, is a national monument and a landmark in Romania. The castle is between the Borders Transilvania and Romanească, on the road in Romania. The chateau of Chambord or the royal castle at Chambord, built in Loir-et-Cher, France is one of the most recognizable castles in the world because its very own French Renaissance architecture combines medieval French tradition with classical renaissance structures. 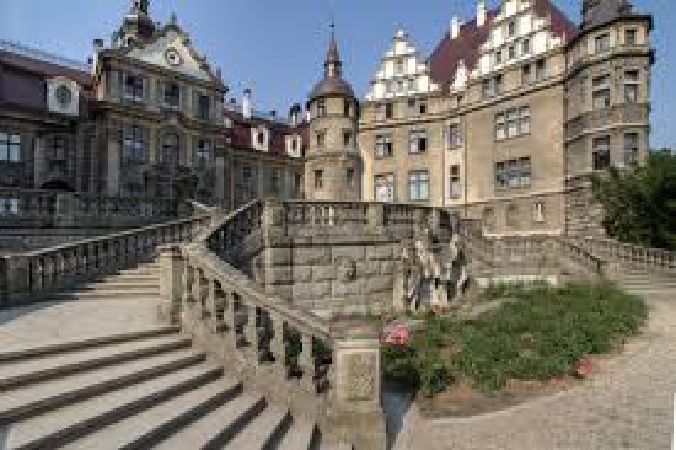 The castle of Moszna is a historic mansion and residence located in a small village of Moszna, south-western Poland. The castle is one of the most famous relics of the upper Silesian region and is often included in the list of the world's most beautiful castles. 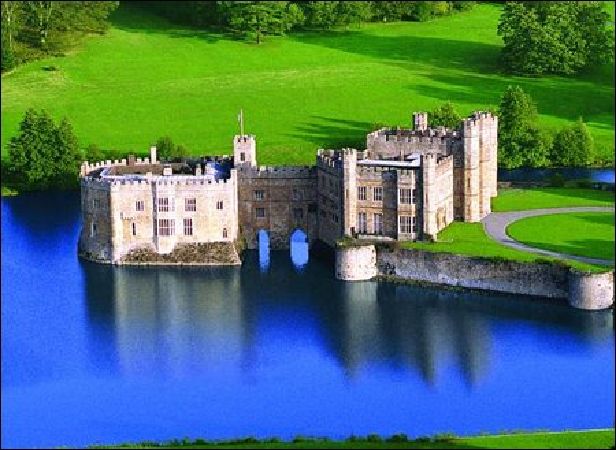 Leeds Castle is located in Kent County, England, 5 miles southeast of the historic city of Maidstone. In 1086, a castle was built at the time of Leeds Castle. In the XIII century, the castle was owned by King Edward I and became his favorite retreat. 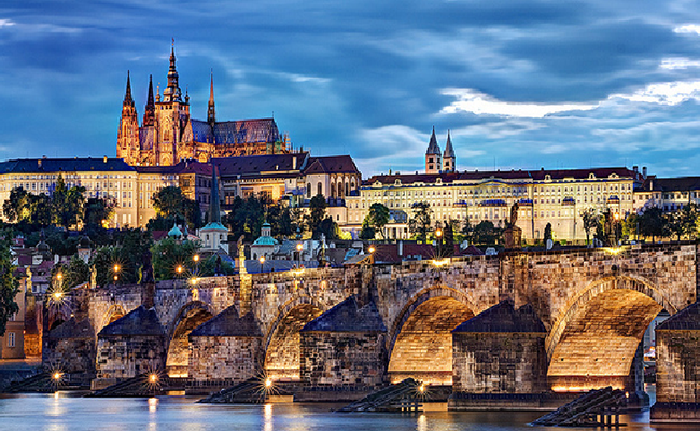 Prague Castle is a castle in the town of Hradčany in Prague, the traditional King of kings of Bohemia, Holy Roman Emperor and from 1918 as the presidential Palace of the Czechoslovak Republic now the Czech Republic. 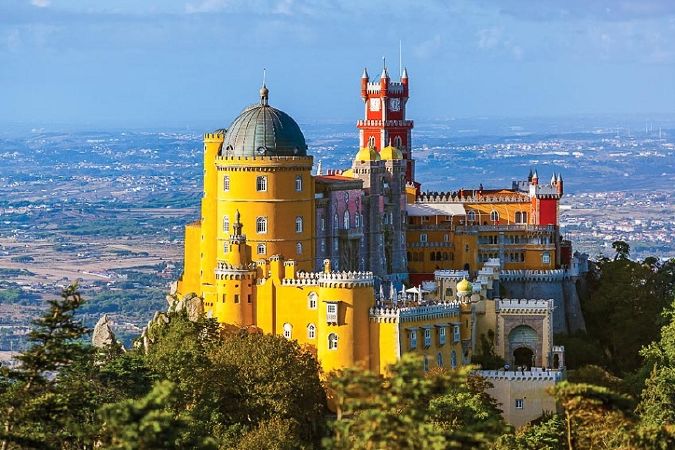 The Pena Palace is a romantic castle in São Pedro de Penaferrim, in the municipality of Sintra, on the Portuguese coast. The castle is atop a hill in the Sintra mountains above the town of Sintra, and on a beautiful day, it is easily visible from Lisbon and most of its metropolitan area. 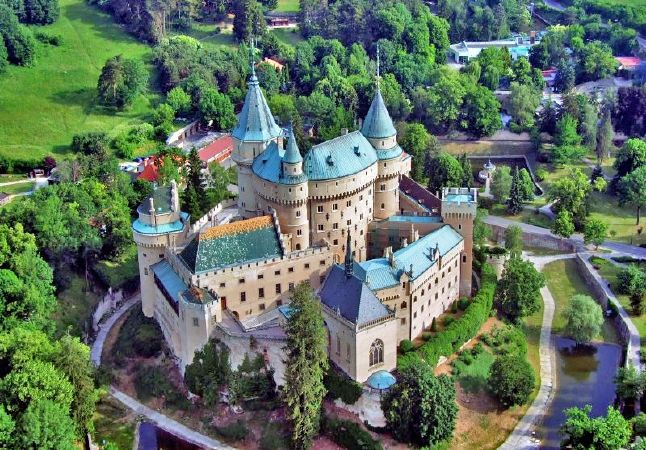 Bojnice Castle is a medieval castle in Bojnice, Slovakia. The castle was built in the 12th century in the Roman architectural style with a number of Gothic architectural elements. 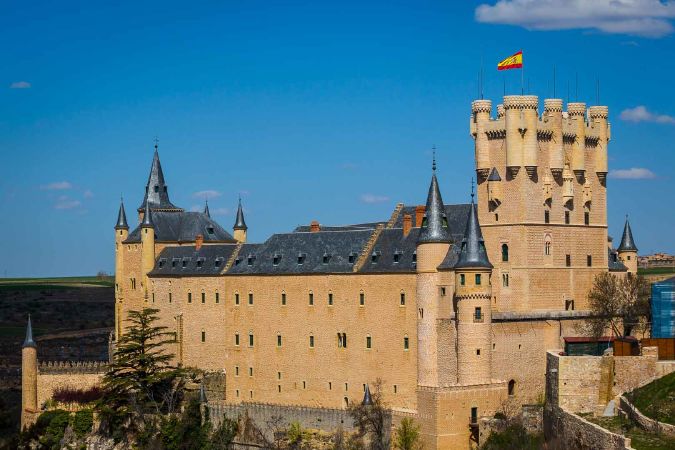 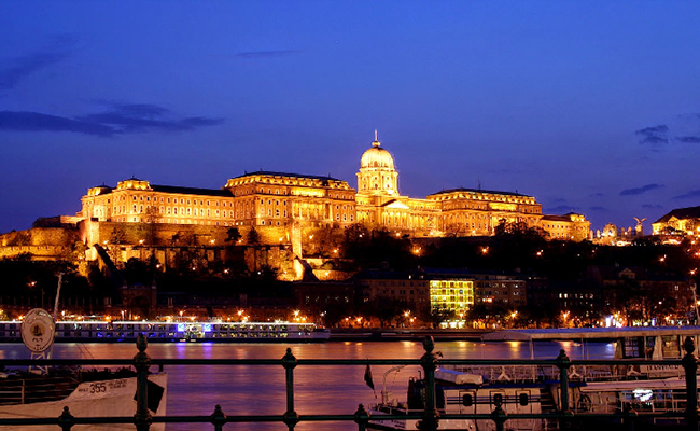 The Buda Palace or the Buda Castle is a historic castle and the palace complex of Hungarian kings in Budapest, first completed in 1265. In the past it also called the Royal Palace and the Royal castle.