Home / Best Picks
Top 10 most beautiful palace in the world
doyen1988 4-06-2021, 03:18
The palace is magnificent buildings, built according to distinct architecture unique. The palace was once the House of Kings and emperors from the time before. Therefore, the Palace brings unique features from each country's culture, architecture and art, each land. The palace showing the authority of the King, of the royal family, and also the flourishing of a nation. In the world there are many beautiful and unique palace, now these palace are famous tourist attractions. Here is a list of some of the most beautiful palace in the world, attracting tourists who have a chance to drop by. 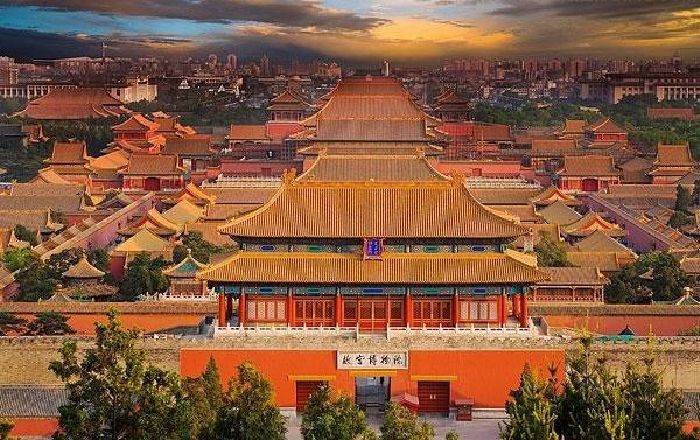 Located in central Beijing, the Forbidden City is the largest palace in the world with an area of 72 hectares. Built between 1406 and 1420, the complex consists of 980 buildings surviving with 8.7707 rooms surrounded by a six-metre deep moat and a ten-metre tall wall. The distance between the Tiananmen Gate and the Divine Gate is 960 meters. Twenty-four emperors ruled the country for nearly five centuries from the Forbidden City until the late Puyi abdication, the last Emperor of China. 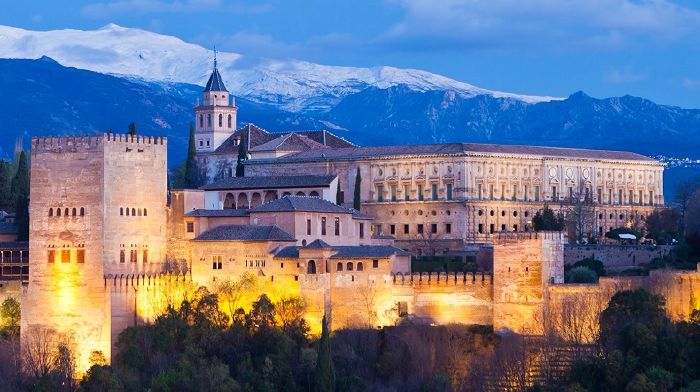 The wonders of the Alhambra-Spain

Part of the fortress, part of the palace and part of the Alhambra is located on a plateau overlooking the city of Granada in southern Spain. The palace was built in the middle of the 14th century by the Nasrid kings and was a witness to the skills of the Islamic artisans of the time. The Alhambra is now one of the major tourist attractions of Spain and many visitors to Granada just to see the Alhambra. 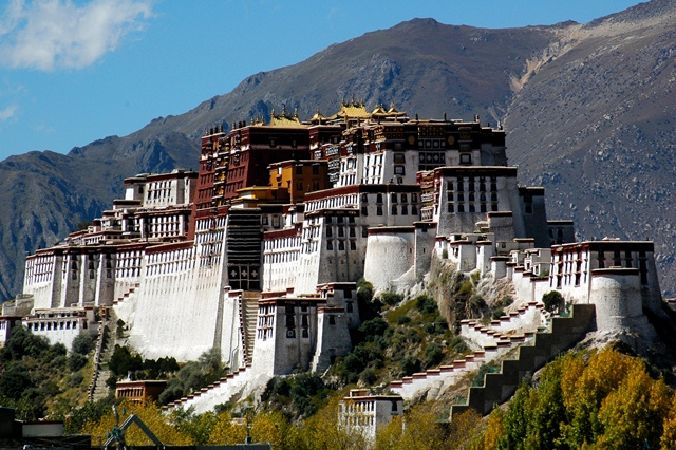 The Great Potala Palace, the heart of Tibetan Buddhism

Located on the Marpo Ri Hill, the Lhasa Valley is 130 metres higher, the Potala Palace is 170 metres tall and is the greatest architectural work in Tibet. Although a palace was built here in the 7th century, the current palace building began in 1645 under the reigns of the fifth Dalai Lama and by 1648 , Potrang Karpo, or White Palace, completed. Potrang Marpo, or Red Palace, was added between 1690 and 1694. The Potala Palace remained a German residence for the Dalai Lama until the 14th Dalai Lama fled to India, after the Chinese invasion of 1959. 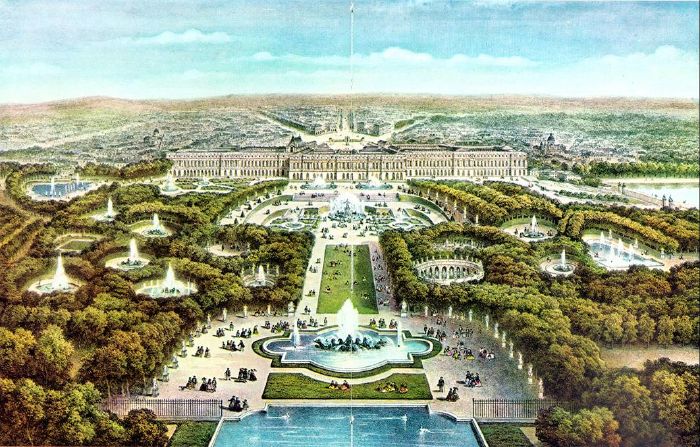 Versailles was originally a hunting holiday, built in 1624 by Louis XIII. His successor, Louis XIV, expanded the site into one of the largest palace in the world, and from 1682, used it to control France with absolute rule. The palace of Versailles remained the official home of the Kings of France until October 10, 1789 when the royal family was forced to return to Paris during the French Revolution. 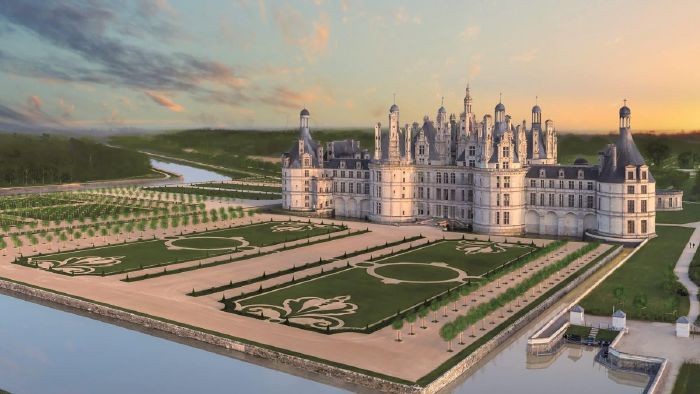 The second most visited Castle in France (after Versailles), is a masterpiece of the French Renaissance. Chateau de Chambord has 440 rooms, 365 fireplaces and 84 stairs. Construction of the castle began in 1519 by King François I so that he could hunt in the nearby forests. The cold and bulky rooms of the Chateau make it unpopular as a real residence and François I herself has been here for less than 40 days. 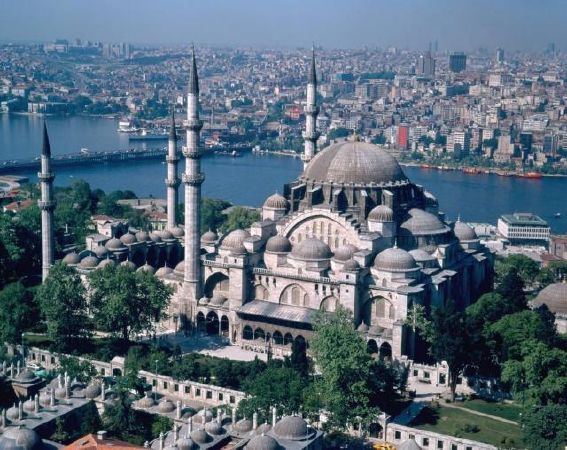 The splendid beauty of Topkapi Palace

When Sultan Mehmet the Conqueror occupied Constantinople in 1453, he first ordered a new place to be built. This became the palace later known as Topkapi. The palace will remain the royal land of the Ottoman rulers for 4 centuries, from 1465 to 1853. Over the years, the palace populations undergo continual modifications. Nowadays, the complex is made up of four main courts of greater grandeur and many smaller buildings. 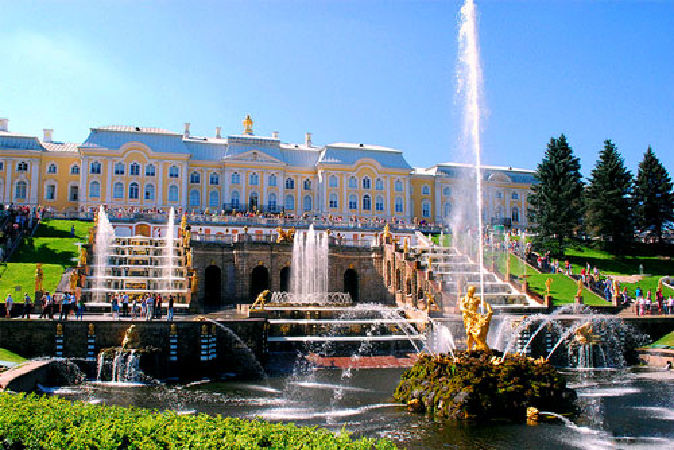 The Summer Palace (Peterhof) is a frequent spot on the tourist journey to Russia. It is not unjustly that UNESCO recognized the palace as a world cultural heritage.
The palace on the west side of St. Petersburg is 20 km away, right by the beautiful Neva River. The palace was built within 150 years of completion, beginning to start from the year 1714. The campus building Palace on an area of up to 1,000 hectares, in the overall palace including: 7 Parks and 20 castles, 140 fountains-this is the special point that the palace is the capital of the fountain. Combined with the magnificent residences, the vast garden of Shanghai, to add beauty to the palace. 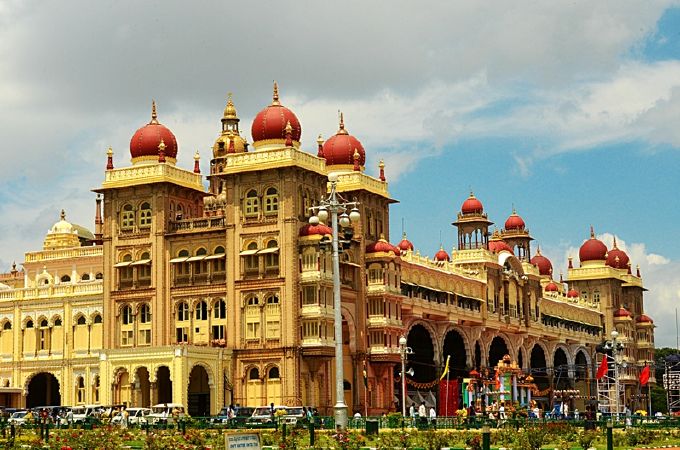 Often described as the city of the palace, Mysore in India has several historic palace in which the Palace of Mysore is the most famous place. The palace was put into operation in 1897 after the old palace was destroyed in a fire and the construction was completed in 1912. During the Dasara festival in Sep and Oct, the palace is illuminated with over 10,000 bulbs, providing a magnificent sight. 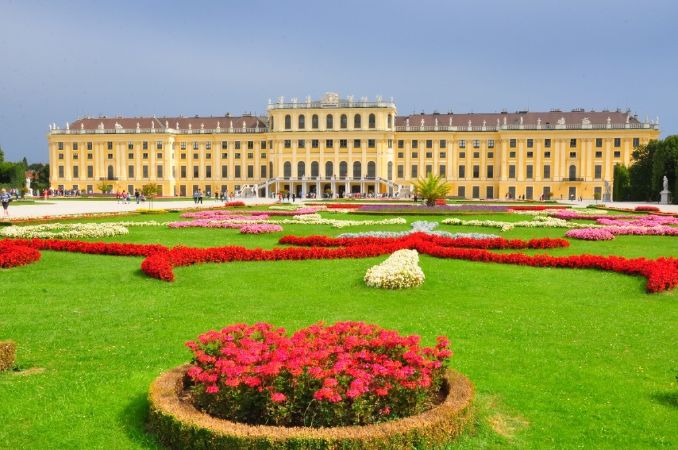 Schönbrunn Palace, consisting of 1,441 rooms, comparable to the grandeur of Versailles, is one of the major tourist attractions in Vienna. The palace was built between 1696 and 1712 at the request of Emperor Leopold I and was transformed into the Royal Summer Palace by Maria Theresa. The Palace Park offers many attractions, such as its own garden, the world's oldest zoo, the maze and the maze, and the Gloriette (a marble summer house) located atop a hill of 60 metres high. 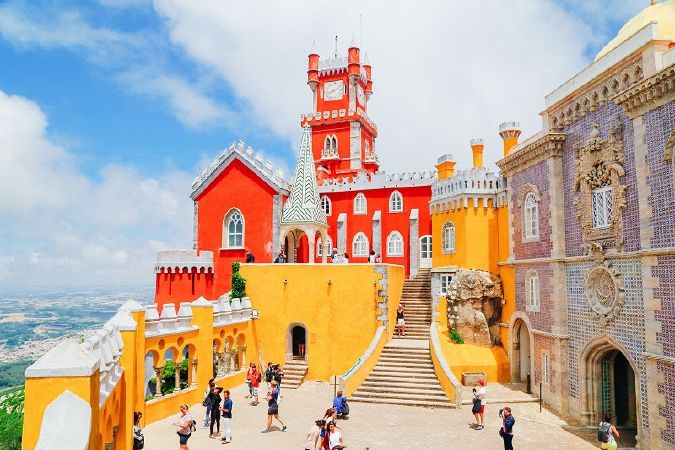 Built in 1842 by King Ferdinand II, the Pena National Palace in Portugal is the oldest European castle in a romantic style. The palace was built on the ruins of a heavily damaged convent in the great earthquake of Lisbon in 1755. Today, with the original colors of red and yellow restored, Pena National Palace is one of Portugal's most visited monuments.