Home / Best Picks
Top 10 Best Chinese Cuisine Films
doyen1988 4-06-2021, 02:56
Food is one of the most attractive areas in life. Delicious dishes ensure visual beauty, fragrant olfactory and delicious at taste. To have a delicious food is not easy. From the preparation of raw materials to embarking on making the finished product, it must be careful and the most suitable, harmonious, enough to stimulate the human senses. Each has a different taste, ten people with ten ideas. Therefore, the profession of chef is not an easy job, requiring the culinary ability to conquer any difficult diners. Inspired by that, many films about culinary, culinary arts were also born. This article will introduce the top best Chinese culinary films. Wish you have a wonderful and satisfying movie watching moments. 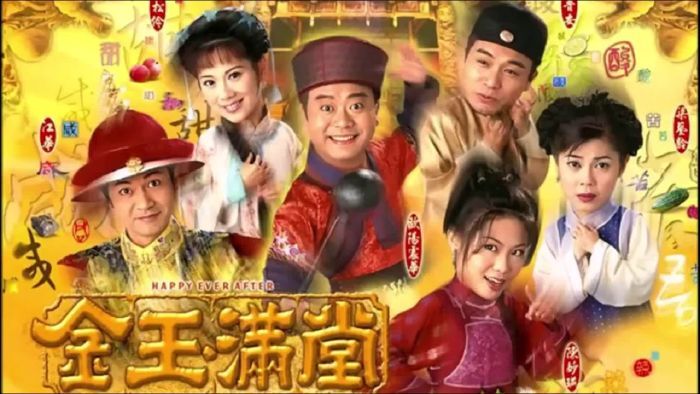 Happy Ever After is one of the best Hong Kong culinary films that you should not miss. This is also a familiar movie of the 9x, 8x generation, shown on TVB's home station. Bat Bao Lau is famous for processing many delicious dishes in the world, led by the owner of Dai Dong Quan (played by Au Duong Chan Hoa). The film revolves around the subject of attractive cuisine and endless battles of famous chefs. The rich dishes are carefully processed. In addition, the movie has funny and amusing details that make the audience extremely excited.

The God of Cookery 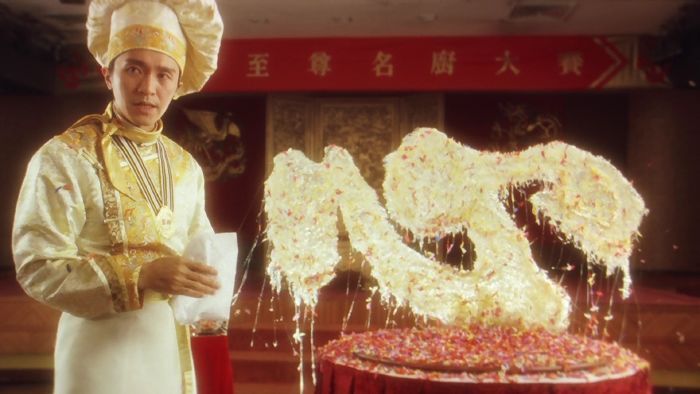 The God of Cookery (Chinese: 食神) is a 1996 Hong Kong comedy film produced, written, starring, and directed by Stephen Chow.

This is a Hong Kong comedy-film by Chow Chow. The God Of Cookery is directed by him as the main actor and co-director. The film also has the participation of familiar actors such as Mac Van Ut, Coc Duc Chieu, Ngo Manh Dat, Tiet Gia Yen. Chau Tinh Tri plays the role of a young man named "god of eating" in the Hong Kong culinary world, who is respected by people. Because he was harmed by bad guys, he lost this noble title and fell into a path of life. Through many difficulties, he started over and rebranded with new dishes created by him. The film is about the main theme of food. Besides, still retains the characteristic feature in Chau Tinh Tri movie that is bold comedy, giving the audience a happy and comfortable atmosphere.

Cook Up A Storm 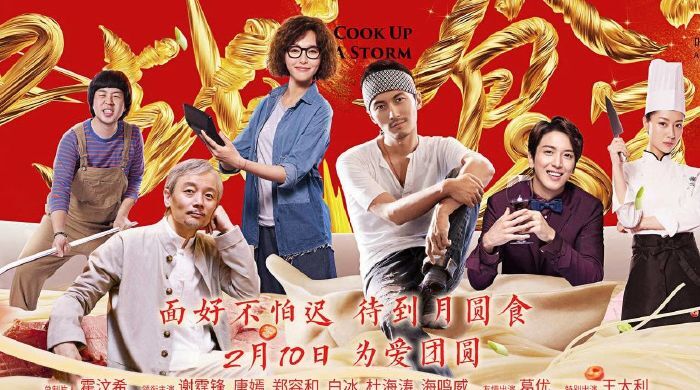 Cook Up a Storm (Chinese: 决战食神 lit: Clash of the Culinary Gods) is a 2017 Hong Kong–Chinese culinary drama film directed by Raymond Yip and starring Nicholas Tse, Jung Yong-hwa, Ge You and Tiffany Tang. It was released in China on 10 February 2017

Cook Up A Storm 2017 is a movie about good cuisine. The film tells about a young man Cao Thien Tu (Ta Dinh Phong) and his journey to conquer his passion for food. The film has the participation of familiar and beloved actors such as Ta Dinh Phong, Jung Yong Hwa, and Duong Yen, contributing to the film's attraction. In addition, if you are a food lover, like to see the beauty of food, Quyet Chien is a suitable spiritual dish. The way of processing food is skillful, meticulous and has seen the pinnacle of cuisine. 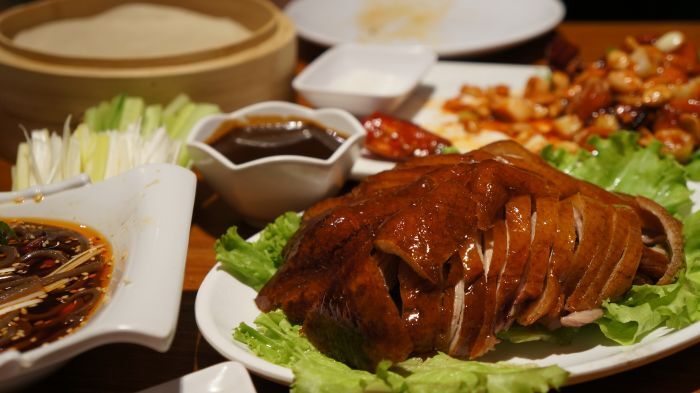 The Perfect Banquet is a movie about cooking associated with the childhood of many people. The film has been shown for a long time on TV channels and made many people excited. The art of cooking is very skilled and the taste of the dishes is extremely unique. Currently, there are still many fans who want to look back to enjoy this unique movie. However, sadly, there is still no website for the movie to be shown and youtube currently only has a Chinese version, not translated into Vietnamese. However, many people still hope in the future this Chinese version will be subtitled in Vietnamese to satisfy the wishes of movie lovers. 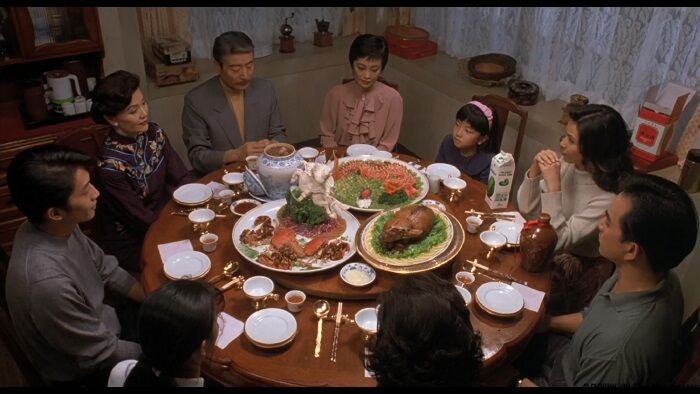 Eat Drink Man Woman (Chinese: 飲食男女) is a 1994 comedy-drama film directed by Ang Lee.The film was released on 3 August 1994, and it was both a critical and box office success.[2] In 1994, the film received the Asia Pacific Film Festival Award for Best Film

Eat Drink Man Woman is a culinary film directed by Ly An. The film is about the old chef Chu who is good at cooking and his three daughters are both unmarried. The content revolves around cooking interwoven stories of everyday life, contradictions, opposites in life. Viewers will have the opportunity to immerse themselves in beautiful dishes, harmonious colors, attractive decorations. In addition, Men and Women Cuisine also has many profound and philosophical meanings. The film is light, not too dramatic, but has to create sympathy for the audience. 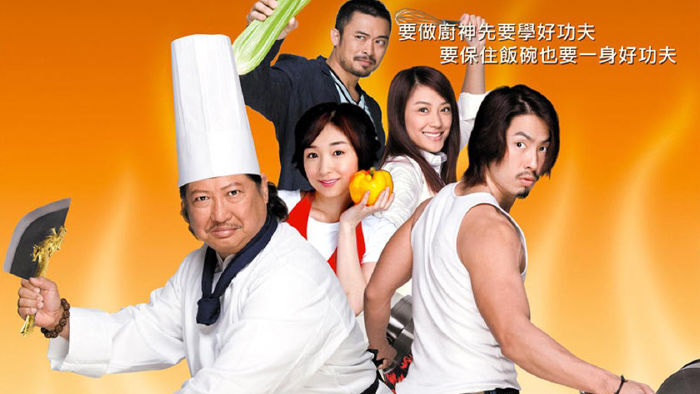 Kung Fu Chefs is a special culinary movie starring famous star Hong Kim Bao. The film is a unique combination of kung-fu martial arts and the art of cooking. The process of preparing and cooking a delicious dish is well demonstrated. The moves are flexible, when powerful, depending on the time they change to create attractive delicious dishes, challenging all tastes of people. The culinary field is still not too harsh but there are still fierce competition to affirm its brand and position in the culinary village. 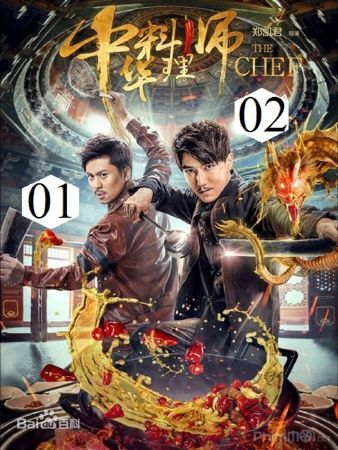 The poster of The Chef

Because of his failure in a decisive battle in the past, talented chef Dam Nhat Pham retreated to hide. Several years later, Ha Thế Long - the first monk chased by him to find him high and low, at the same time challenged the old opponent to regain the re

The Chef 2017 is a Chinese comedy and culinary film. The film has the participation of actors including: Jiazhong Vu, Tong Tinh Nghien, Trinh Huc Dong. Dam Nhat Phan retreated to hide after a fateful war in the past, he also lost all his taste. Now, he returns to the culinary world once again. Where will the cooking talent war go? The film tells about the cooking show of talented chefs, and at the same time, curious about the difficult story they encounter. The culinary world thought there was little competition, but when the competition was played, it was serious and meaningful. 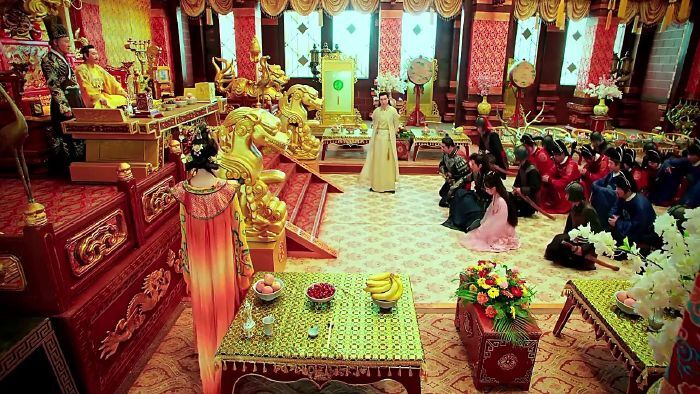 Cooking For Love begins when Phuong Nhat Thuoc, a girl with an optimistic personality, knows martial arts and especially a wonderful cooking skill, was deceived to Tham Gia and was greatly by her parents-in-law. love.

Cooking For Love is a historical and culinary film that was released to the audience in 2017. The film tells the story of a cheerful, cheerful girl Phuong That Thuoc, knowing martial arts is extremely delicious cooking. With her sublime chef talent, Phuong gradually won the hearts of her husband's family. The film has the participation of a new cast, handsome and beautiful girl: Lei Muc, Chu Gia Hi, Tuong Giai An, Ho Con, initially attracted the attention of the audience. The plot of the movie is humorous, gentle, and emotional. Although not too focused on the topic of cuisine, but the movie still has scenes of cooking and delicious dishes that can satisfy viewers.

A Taste of Love 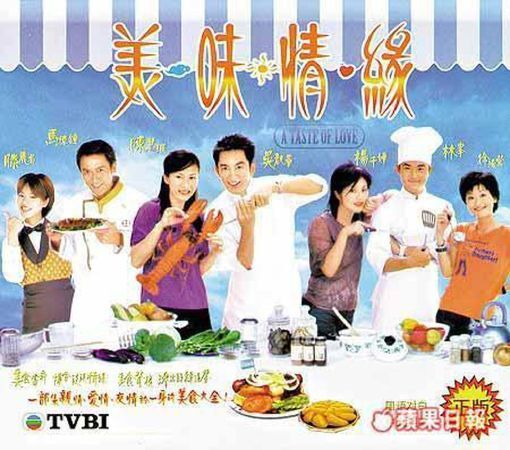 Here is the poster of A Taste of Love

A Taste Of Love revolves around the talented chef Ma Huu. A middle-aged man (Joyce's father - Kieu Hoa Chi) came to that restaurant and asked to make some dishes, because Ma Huu knew this man.

This is a movie shown on TVB. A Taste of Love brings together talented actors such as Tran Tue San, Ngo Khai Hoa. The film is mainly about cooking competitions, mostly about seafood. Those who love to eat seafood should be prepared because the irresistible delicacies will stimulate the appetite to the extreme. The film also talks about the conflicts, conflicts and then understand each other's determination to develop the restaurant. This is one of the special culinary films for fans who are passionate about food and cooking. 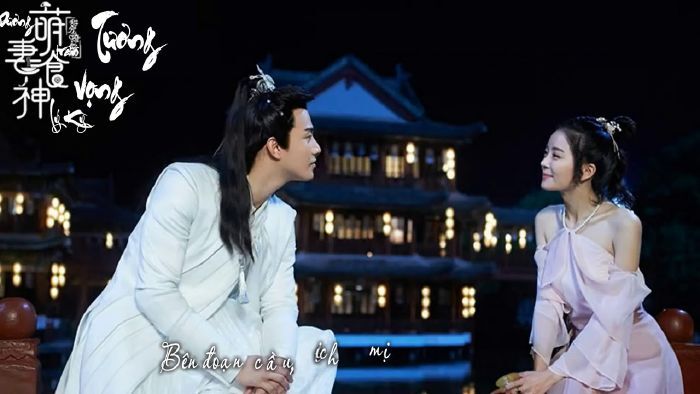 Cinderella Chef is a 2018 Chinese web drama about a girl time traveling back into the history era.

It can be said that creating a delicious dish is a process, also full of art. All stages are done very meticulously. All are beautifully presented and classed through the top of the best Chinese culinary films. Tense competitions, colorful, eye-catching, and immediately tempting dishes make viewers crave. Food-themed movies always have their own special appeal.
RELATED NEWS
TAG:
Other news