Home / Best Picks
Top 10 Places Not To Miss When Visiting Italy
doyen1988 4-06-2021, 00:07
Italy a European country consisting of a peninsula delimited by the Alps and surrounded by several islands. Italy has a total of 55 UNESCO World Heritage Sites, and it is is home to the world's largest number of World Heritage Sites. Italy is also top in the fields of art and fashion. Milan is Italy’s economic and industrial center and the world’s fashion capital. Here are 10 best places to visit in Italy. 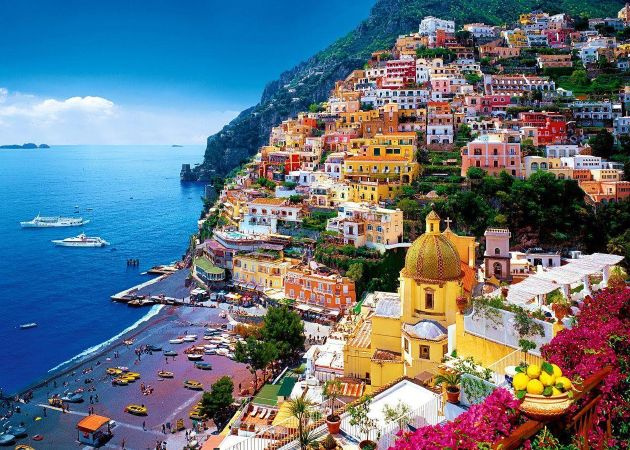 The Amalfi Coast is located in the Campania region, on the 50-kilometer coastline on the southern edge of the Sorrento Peninsula, Italy. This is a popular place, dotted with small beaches and fishing villages with the beauty of cliffs and rugged coastlines. 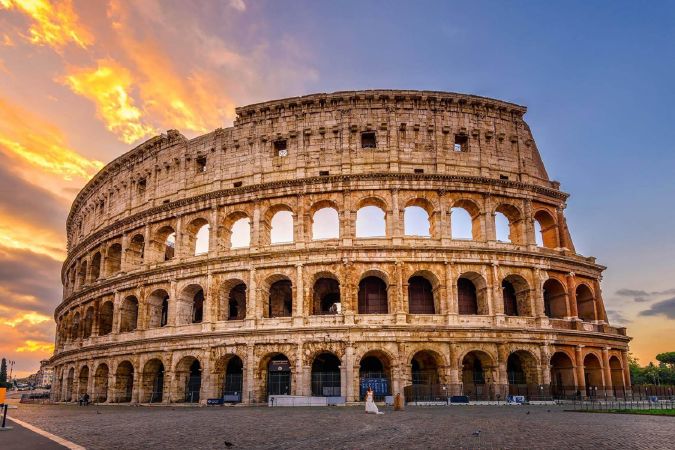 Rome and The Vatican

When coming to Italy, you must come to its capital, Rome. With a history of 20 centuries, it is the best open-air museum in the world. Take a walk on the street and you will be shocked by the buildings here. There are many world famous attractions such as the Arena, St. Peter's Basilica, the Trevi Fountain, the Vatican and the Pantheon.

If you have plenty of vacation time, sit down in the square for a coffee or ice cream, although a bit expensive. You can also visit the Vatican City, the headquarters of the Roman Catholic Church or St. Peter's Basilica and the Vatican Museums, which houses masterpieces such as Michelangelo's Sistine Chapel ceiling. 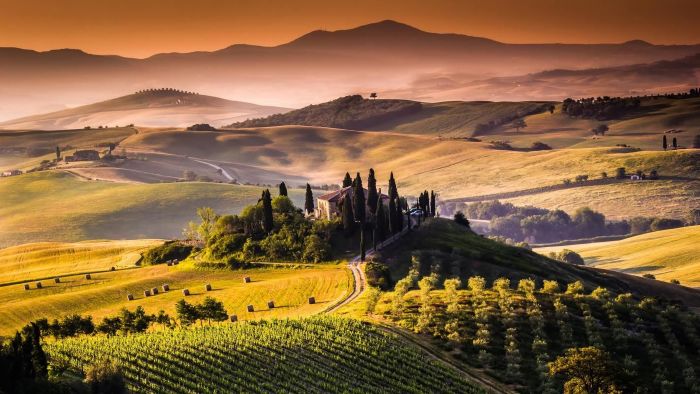 Italy's most famous area, Tuscany combines images of beautiful rolling hills, olive groves, vineyards and cypress trees. Many of the pleasures of Tuscany include wine tasting in Chianti, relaxing in mountain towns such as San Gimignano, or exploring Renaissance art in Florence. Elba is the largest of the many islands in Tuscany, with beautiful beaches, and world-famous Tower of Pisa. 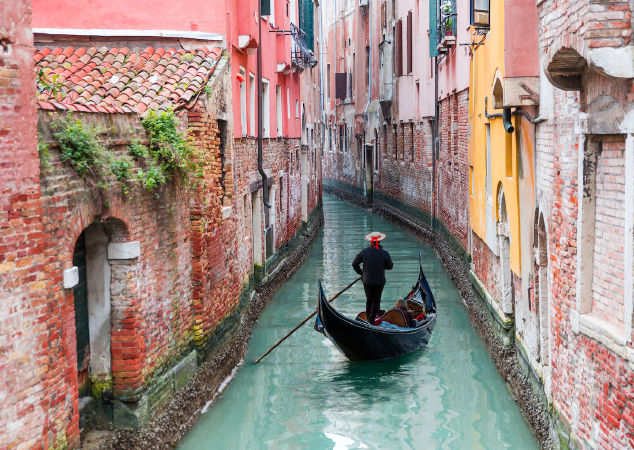 Venice is Italy's most famous city and one of the most romantic travel destinations in the world. Piazza San Marco is located in the city centre and is surrounded by the famous cathedral. If you are a culture lover, Venice has the most beautiful masterpieces in the world, and countless churches, museums and palaces are worth visiting; if you are looking for romance, you can take a punt to visit, but remember bring some money more. It had better not to go to Venice in the summer as there are the most tourists in the summer. 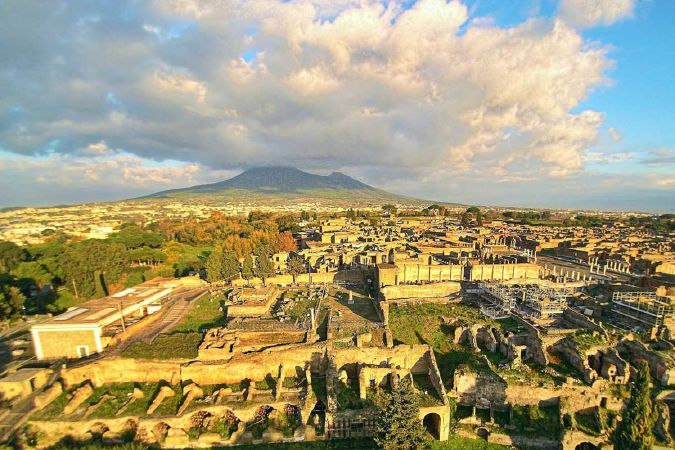 Pompeii is a famous Roman city that was buried under meters of ash and pumice for nearly 1,700 years after the catastrophic eruption of Mount Vesuvius. The excavation of Pompeii began in 1748, and the site has not yet been fully excavated. The site is located near the modern city of Naples. The Pompeii tour provides fascinating insights into everyday life in the ancient Roman world. Visitors can stroll along the ancient streets to see the relics of the bakery, brothel and bathroom. Milan is widely regarded as a large fashion center full of designer shops and also attracts many of its surviving world-renowned treasures such as Leonardo Da Vinci's paintings, The Last Supper, Teatro alla Scala, Sforzesco Castle. The city combines modernity with ancient, creating the perfect mix for a holiday. Sicily is the largest island in the Mediterranean. Like Sardinia, it also has excellent beaches and delicious food, but it is relatively cheap. Sicily is a traditional, rustic island with a rich mix of culture and architecture, art, food, literature and music. The east of the coast is more developed and there are more tourists, while the west of the sea is more undeveloped.

Be sure to go to Celion, an ancient building with 5 temples. The Strait of Messina is 5 km from Calabria mainland. Sicily is home to every great Mediterranean civilization and is rich in art and history; from the Valley of the Temples in Agrigento to the Baroque architecture in Palermo. The island's most striking qualitative feature is Mount Etna, Europe's highest active volcano. 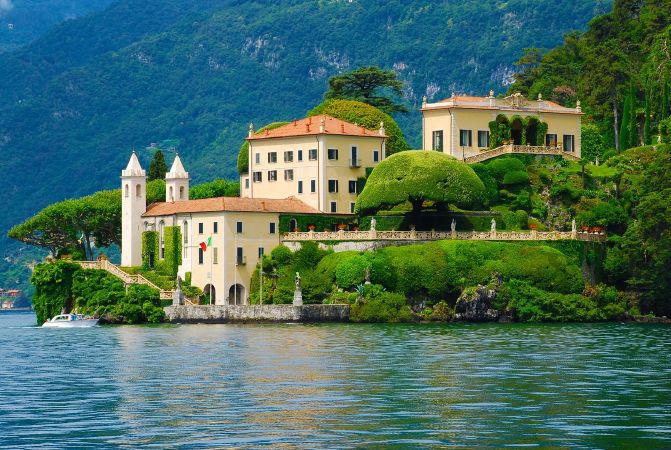 Lake Como is popular for its landscapes, wildlife, and spas. It is a venue for sailing, windsurfing, and kitesurfing, the appearance of a mighty river winding among the mountains and the forests.

In the area surrounding Lake Como there are several farms which produce goods such as honey, olive oil, cheese, milk, eggs and salamis. 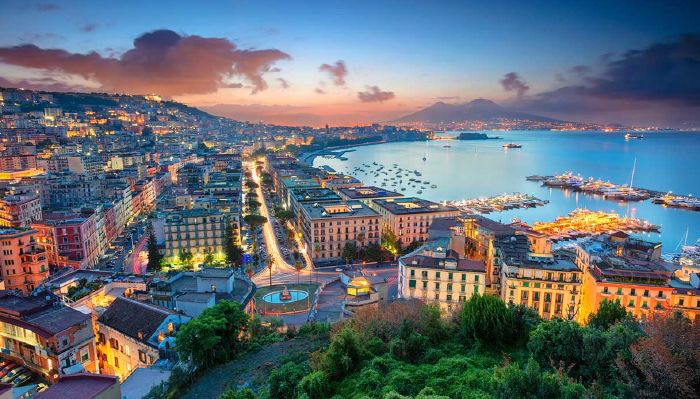 Naples is the capital of the Campania region of southern Italy. The city of Naples has a variety of cuisines such as art and historical sites. Naples is worth a visit, with its vibrant nightlife and cuisine. Many Italian foods come from here, such as pizza, pasta and parmesan cheese.