Home / Best Picks
Top 14 Most impressive beautiful fountains in the world
ChandraGarran04 3-06-2021, 23:11
When we come to the countries of the big cities, we are impressed by the unique architectural works of the modern city, which can not mention the fountains. The fountain is always seen as a place to capture a difficult impression in the eyes of visitors or in the cultural life of the indigenous people. Because in any city, the fountain has always been a cultural activity. A combination of fine arts and techniques, the world's most impressive fountains will make you surprised. 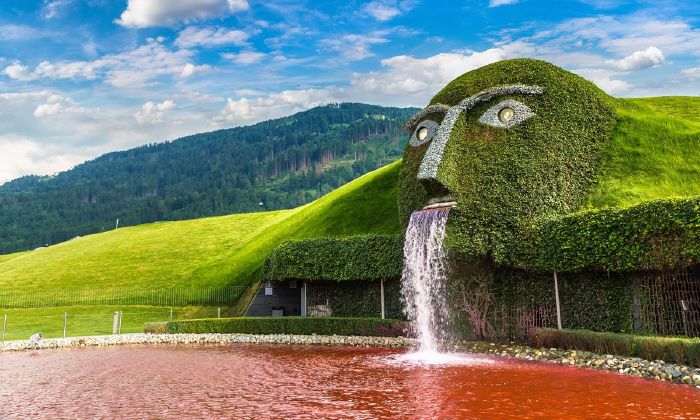 The Swarovski Fountain is on the grounds of the Innsbruck Museum in Austria. A first-person fountain of green grass, designed by Austrian artist Andre Heller, on the occasion of the 100-year anniversary of the famous Austrian crystal. 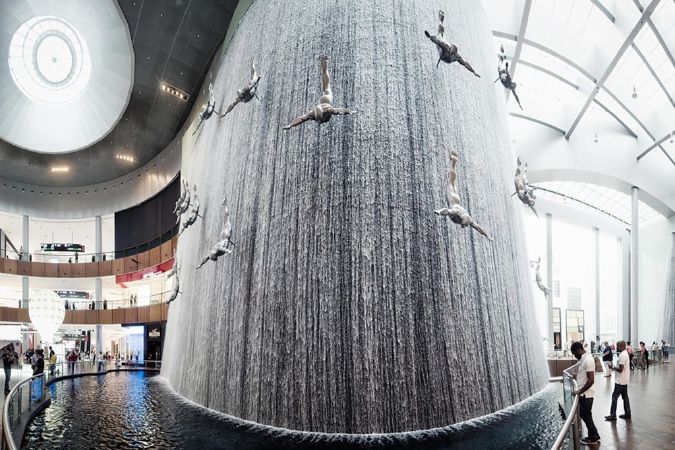 This is a 24m high-Divers fountain located in the Dubai Mall in the United Arab Emirates. 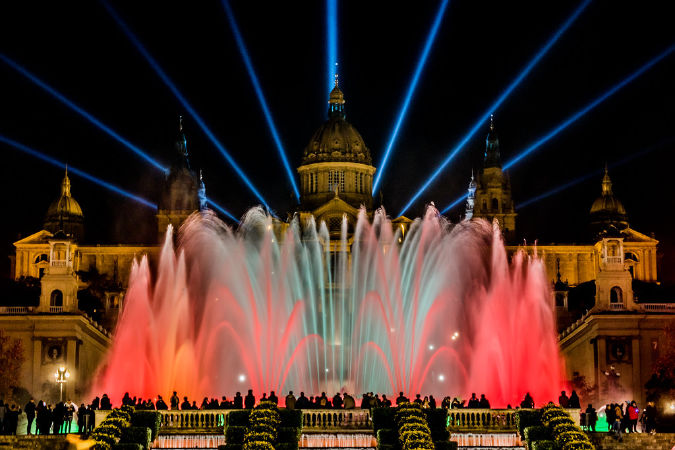 A magical fountain located in front of the National Palace, Palau Nacional is located at the top of Avenida Maria Cristina, Montjuic area. The fountain was built as a tourist destination in the International Exhibition Barcelona 1929. 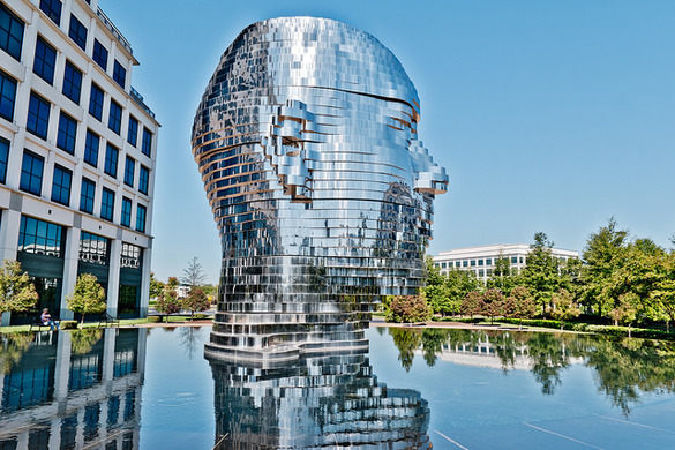 The building material to create this monument is 14 tonnes of stainless steel, which has a height of 7.6 m, and it is designed to rotate 360 degrees. Especially when rotating, this monument creates a 3D image as it swivels in a pretty good eye. This early monument was chosen by the high-grade interior material from the shiny panels such as the new mirror that could form the giant head that could spin the beautiful circle. This unique structure is located in the Whitehall Technology Park in the north of the city of Charlotte, USA. 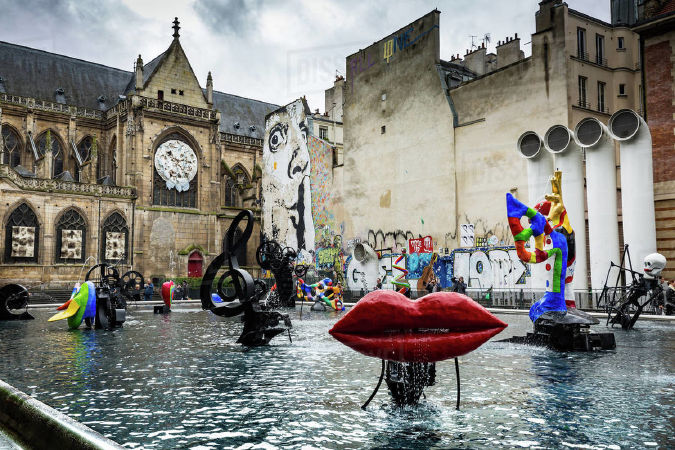 Located in the heart of Paris, the Stravinsky Fountain is the perfect record of the pioneering art approach to the city. Built in 1983, adjacent to the Pompidou Center (Museum of Modern Art of Paris), the fountain has two sets of special sculptures: The black works of Jean Tinguely and the colourful fiberglass characters of the Niki de Saint Phalle. In a perfectly combined way, these magical works are inspired by the works of Igor Stravinsky, a Russian composer who believes that music (his) is best understood by children and animals. The Bellagio Fountain is located in 1 artificial lake. The area of this fountain is 3, 2 hectares in the water surface of the Bellagio hotel. This is 1 of the world's most unique architectural works designed by Wet Design – the company specializing in the creation of water performances and fountains. The fountain consists of over 1,200 fountains. Around the fountain is designed with 4,500 decorative lights to illuminate both 1 sky at night.

Water fountain System located in the Burj Lake in Dubai 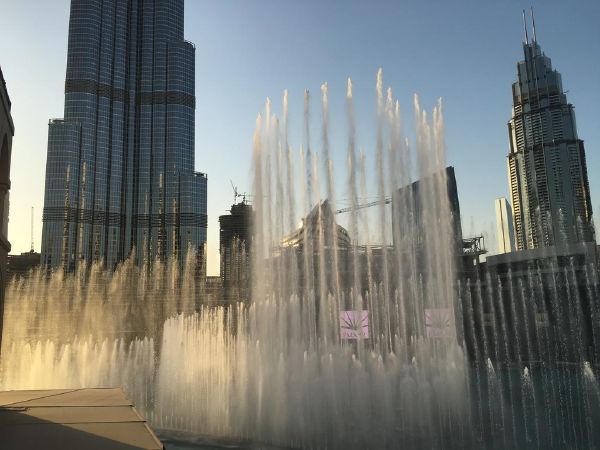 The fountain system is located in the Burj Lake in Dubai. This is the world's most beautiful fountain and also the world's largest monument. Owning an area of over 12 hectares, the fountain system located in the Burj Lake in Dubai is uniquely designed by KTS and becomes the world's largest fountain. The rays here are named after the melodies of the music to spray the beautiful water on or with such items as Sama Dubai, Baba Yetu, famous dance Shik Shak Shok. At night, it will become more fanciful thanks to its beautifully designed electric lighting and the imagination. To operate the fountain, it had to use up to 83,000 liters of water. The water jets can shoot up to about 73m tall, and the lighting system is more than 6,600 lights combined with 25 color projectors to create a beautiful image shimmering by night. So, the performances here have always attracted the attention of many visitors. 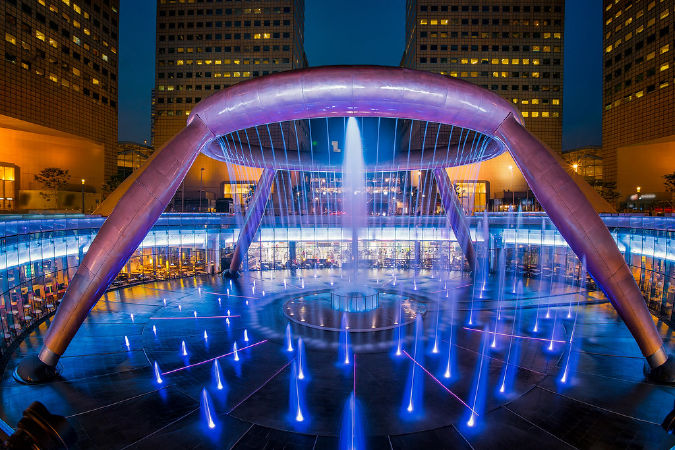 In Singapore, the Wealth fountain is considered a symbol of life and wealth. It has been recognized as the world's largest fountain since the year 1998. 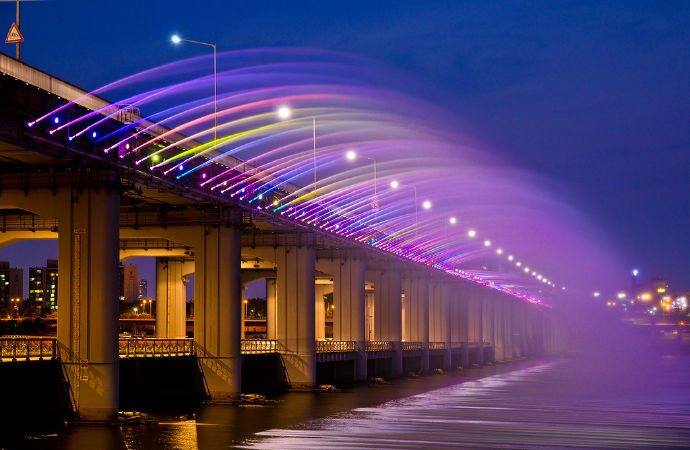 Located on the Banpo Bridge, a large passage across the Han River in downtown Seoul-South Korea, the fountain holds the Guinness world record for being the world's longest bridge fountain. The process of spraying is carried out thanks to a series of nearly 10,000 LED Mount taps firing out 190 tons of beautiful water every minute. 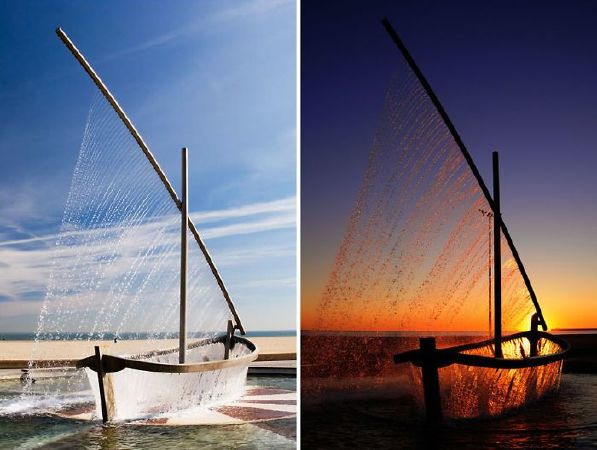 Located in Playa de la Malvarrosa, Valencia, Spain, Water Boat Fountain is an impressive piece of art. The water from the small holes on a steel frame flows down forming a boat on the waves. This is a tourist attraction in Spain. The effect from sunlight causes the "boat" to become beautiful. 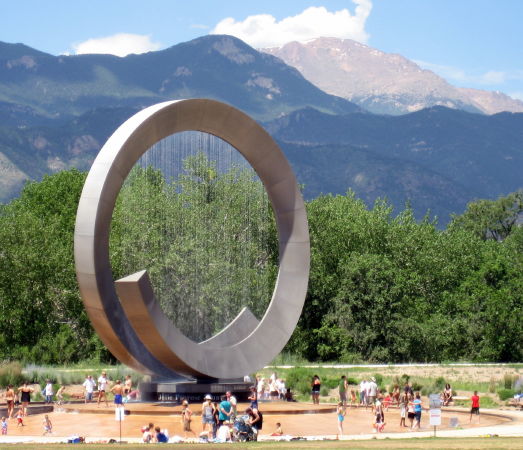 David Barber and Bill Burgess designed Julie Penrose Fountain, located in Beautiful Park, Colorado, USA in 2007. The shape of the fountain symbolizes the circulation of water between the atmosphere and the Earth. 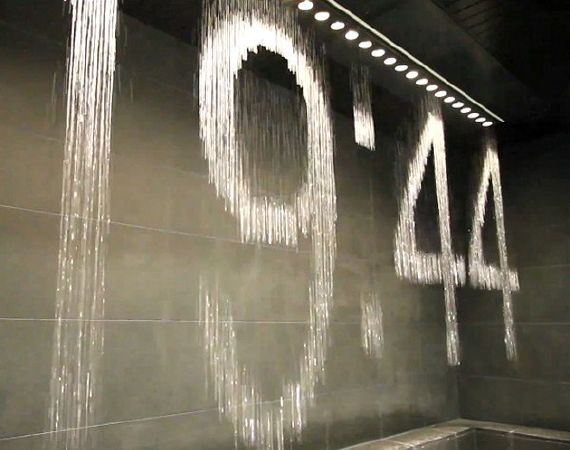 This rectangular fountain is inside the South Gate building of Osaka City Station, Japan. The water jets are programmed, the sprinkler displays the time, the artistic pattern, the text. 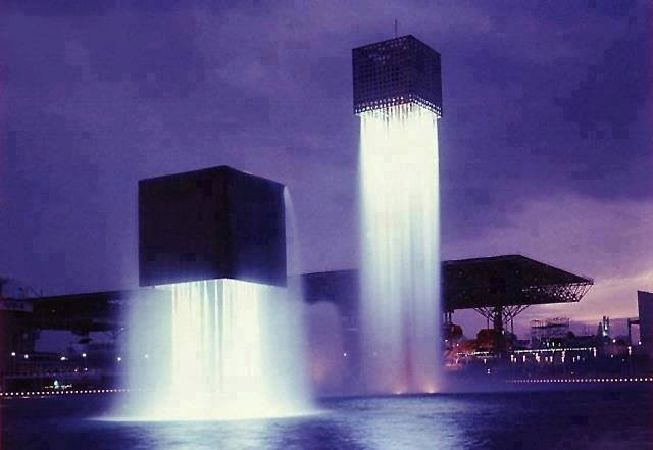 It was designed by Isamu Noguchi, when it was Floating as two blocks from the water. With the float set floating in the air, this fountain indeed looks very magical and magical. 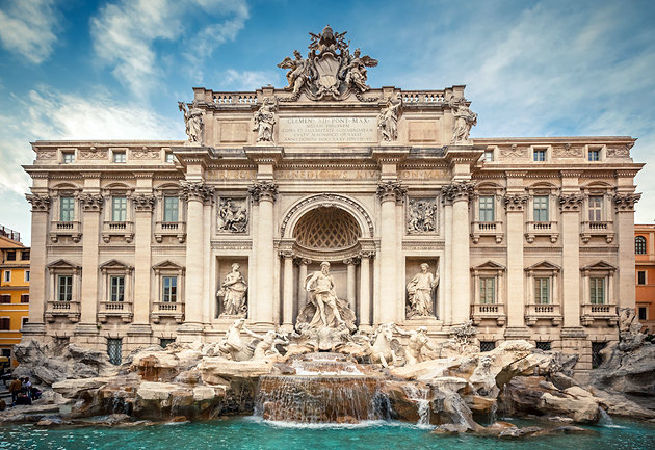 The Fontana is located in the Este village of Tivoli, with its picturesque gardens. Fontana was recognized as World Heritage in 2001.