Detour is a stylish new venture by Marcel Restaurants, one of Saigon’s most trendy hospitality brands. Founded by friends Alex Halbers and Charles Postel in 2017, their first venture was Marcel Gourmet Burger, offering top-quality burgers with a French accent out of a stylish little bistro on 115 Calmette Street.

Marcel quickly won the hearts and minds of diners in Saigon with their unique, Gallic twist on the burger concept epitomized by their “Le Signature” oozing Raclette cheese and secret pepper sauce and their “Mushy Blue” crowned with tangy blue cheese sauce and spinach. 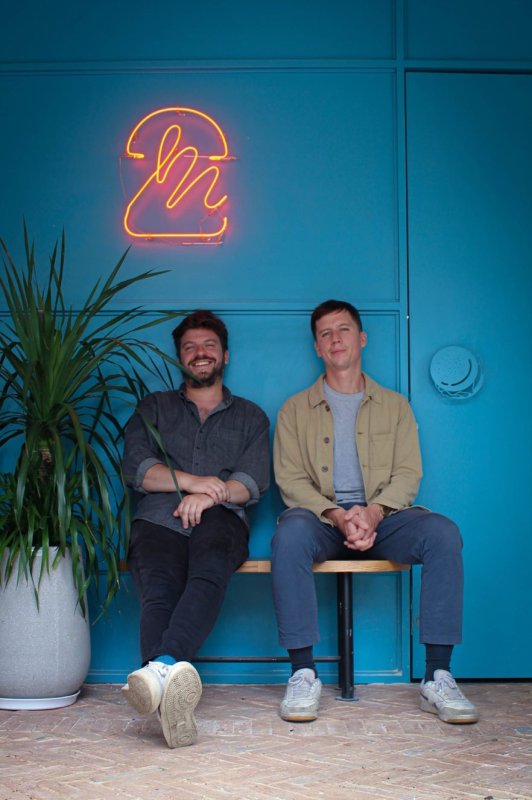 There’s no stopping friends-turned-business partners Alex Halbers and Charles Postel from bringing more elements of the French dining culture in the heart of Saigon.

As Marcel’s stock rose, few were surprised when they scooped the “Best Burger in Saigon Award in 2019” for their “Le Smoky,” a delicious creation drenched in Comte cheese, shitake relish, and summited with a dreamy, creamy Bearnaise sauce.

The success of this initial venture encouraged the dynamic duo to open Cafe Marcel two years later in the upscale Thao Dien district, focusing on brunch favorites with an obvious French twist. Fans of fluffy pancakes found their calling and classic brunch options such as Croque-Marcel, Eggs Benedict, and French toast melded with creative and contemporary creations like egg sluts and “hangover” grilled cheese sarnies to help establish Cafe Marcel on the culinary map.

It was quickly obvious that the quaint little cafe housing this new venue on Ngo Quanh Huy was too small to meet demand (especially on weekends), and they have recently moved to a larger location on the same street.

The new location is a “hybrid” offering placing their cafe concept under the same roof as their gourmet burger offer, and this strategy is increasingly being used by hospitality groups to combine concepts, control costs, and solve staffing shortages while also using a central kitchen to service both menus. 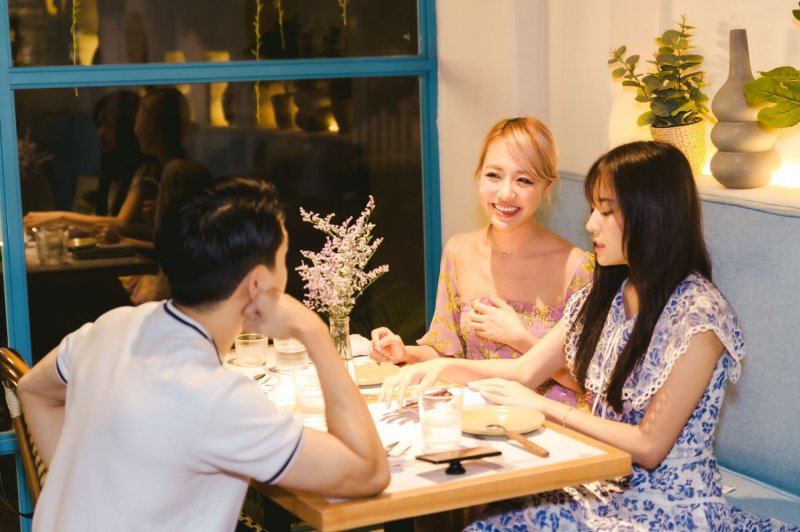 Detour is the perfect venue for a quick coffee catch-up or for a lovely dinner with friends.

Buoyed by the success of Marcel Ventures thus far, Alex and Charles have now opened the latest chapter of their quest to bring French dining culture to Vietnam with the new opening of Detour.

Detour is derived from the French word meaning “a deviation from the usual or direct path,” and the concept is inspired by Provence, one of the most beautiful provinces of France on the Mediterranean coast on the Italian border. This region is famous for its rustic landscape, olive groves, and pine forests situated next to the shimmering sea and enveloped by the freshening winds of Le Mistral, which blow down through the Rhone Valley and out to sea. This new concept, on 202 Pham Thai Buong, is certainly different from what is usually on offer to diners in District 7.
We asked Alex Halbers, Co-Founder and CEO of Marcel Restaurants, to outline this new concept for Vietcetera’s legion of foodies. “Detour, is a refined restaurant, but it also exudes simplicity because we believe simplicity is elegance,” said Alex. 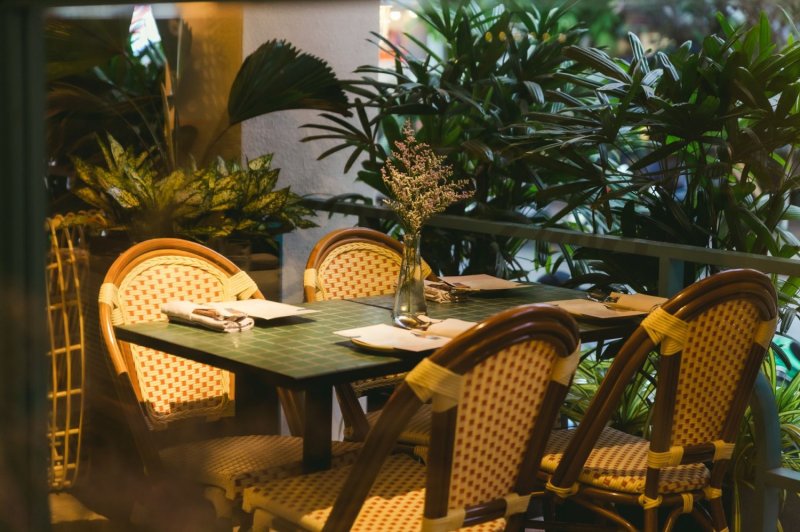 “Entering Detour is like taking a trip into the sunny South of France; it’s warm and comforting but also sophisticated and luscious and promotes a relaxed, no-rush feeling. The initial idea was to do a refined version of Cafe Marcel, something that is inviting for both day and night; hence, the all-day concept”.

Momentarily, guests arriving at Detour could be mistaken for thinking they are located in Moustiers-Sainte-Marie rather than Phu My Hung as the rattan furniture, native flora, and soft-toned ornaments blend and balance beautifully with colors of earth, sun, and water as tones of green and yellow top and tail a predominantly blue visage.

The seating arrangements reinforce that Mediterranean aesthetic while also feeling really comfortable, so Detour will be just as relevant for that quick coffee catch-up as much as that long and lazy Sunday session. The majority of the seating is inside with ample air-conditioning, but tables have also been located outside for that al fresco terrace arrangement.

The main bar forms the nucleus of the space allowing for some high bar stools where guests can chit chat with the bartenders as they shake up some playful yet punchy signature cocktails such as their “Cafe Sua Da Martini” or “Not A Banh Mi.” 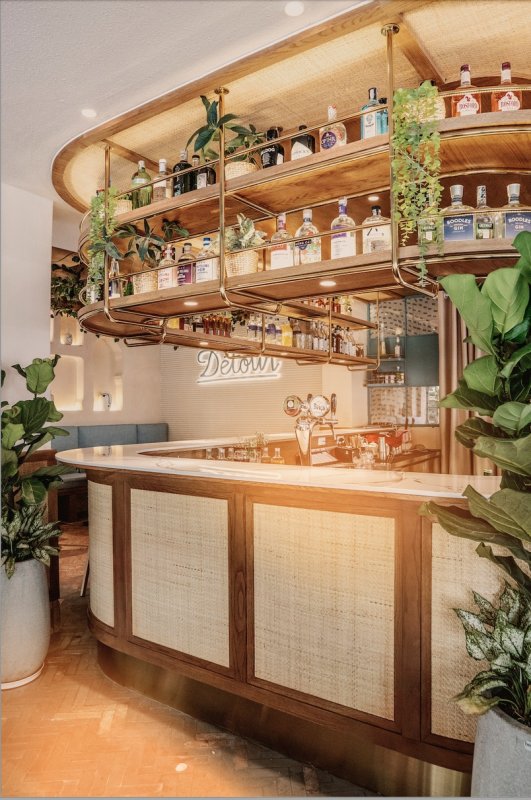 If you’re feeling a little playful, try Cafe Sua Da Martini or Not A Banh Mi for that creative Vietnamese twist on a glass.

In keeping with their Provencal theme, the wine list emphasizes small, boutique vineyards from the South of France, where spicier, fruitier wines prevail. Fans of Marcel Burger will also be delighted to know that a sleek and jazzy-looking 24-seat unit has been discreetly located next door to Detour.

The menu features fresh and seasonal recipes that pay homage to Southern French cuisine while maximizing the fusion of local ingredients. “Our menu doesn’t strictly stick to French cuisine, but it’s always going to have a French component and twist. Our menu is also rooted in Vietnamese food because our priority is to use local products. We want the restaurant to be our version of a French restaurant in Saigon,” continued Alex. 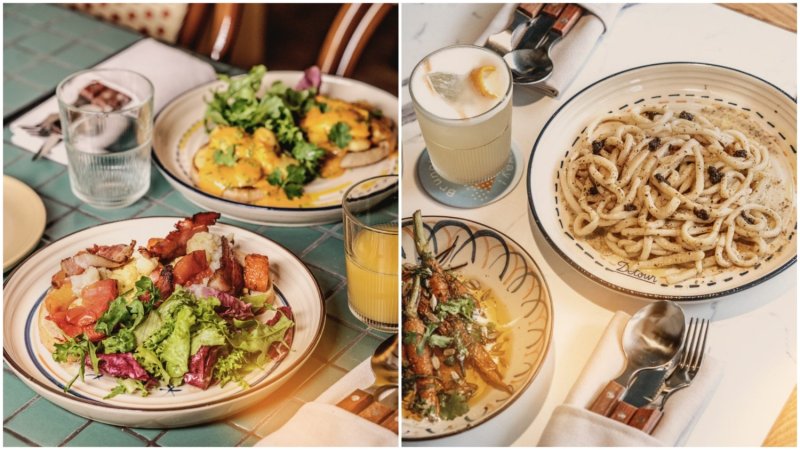 You can never say no to a delectable brunch. Detour’s weekend brunch is a perfect way to cap off a busy week.

Chef Brian Chu specializes in adapting French culinary flavors for the Vietnamese palate and drives their mission to prioritize the use of fresh vegetables and herbs sourced directly from farmers in Da Lat to plate alongside his delicious pasta dishes, like green tortellini, potimarron gnocchi, and the extravagant truffle pici. 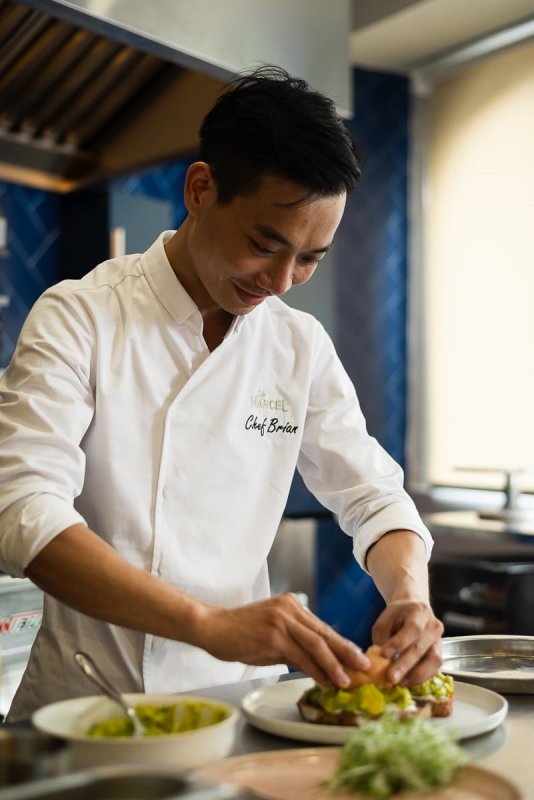 Chef Brian Chu’s culinary flair is on display all day long at the Detour kitchen.

Traditional French recipes like the beef short rib, or Brian’s twist on the onion soup as a tartine with bone marrow (tartine means toast in French) offer that expected taste of classic France, and all of their bread, ice cream, and desserts are made in house.

But Detour, as the name suggests, aims to go the extra mile to offer unique dishes combining the essence of both French and Vietnamese food cultures. As an example, their classic French toast is made with homemade brioche, vanilla ice cream with a hint of Bourbon, and a kalamansi jam that won’t be experienced anywhere else in Saigon anytime soon. 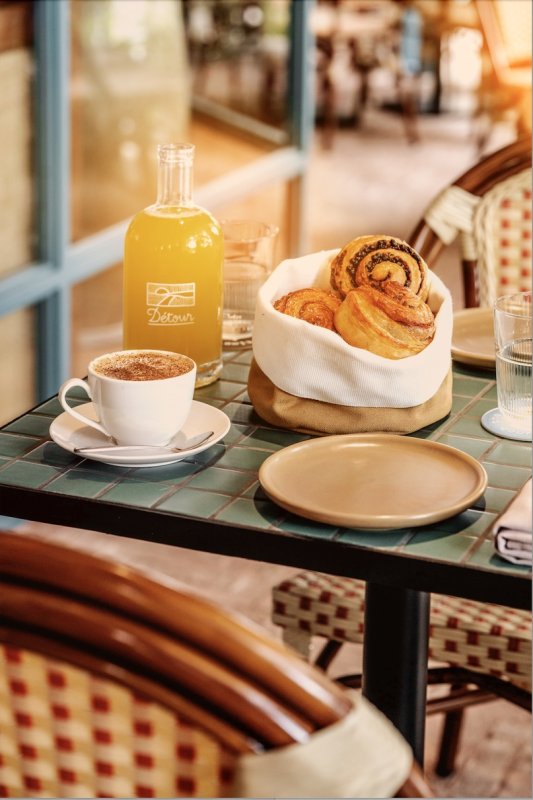 The restaurant layout and menu have also been designed to encourage the ritual of sharing, and so Vietcetera would advise our readers to take advantage of Detour’s special weekend brunch package. This “Combo Meal” includes a pastry basket, a choice of any of the sweet/savory brunch dishes or one of the signature egg dishes, one hot drink, and one cold drink for just 425.000 VND.

With rumors already swirling of plans for the opening of a second location in the promised land of District 2, stay tuned to these pages for more updates.