In August, three people died, and more than five were reported missing after flood waters swept them away in the northern highlands province of Hoa Binh. Deadlier floods have struck the country in recent years, particularly in the north and central regions, due to their geographic layouts.

Climate projections in Vietnam forecast the intensity of typhoons to rise as the frequency of extreme weather events increases. Meteorologists and environmental experts have repeatedly warned that while Vietnam is used to regular floods and hurricanes, rainfall levels will go extraordinarily high.

A new graphic map published by the Visual Capitalist showed Vietnam among the top five countries by the percentage of the population most vulnerable to the risk of flooding.

Vietnam ranked third, with 46% of its 98 million people exposed to the dangers of flooding.

The Netherlands and Bangladesh top the list, with more than half of their population at risk due to flooding, at 59% and 58%, respectively. Next to Vietnam are Egypt (41%) and Myanmar (40%). Vietnam’s neighbors, Laos and Cambodia, are in the sixth and seventh spots. 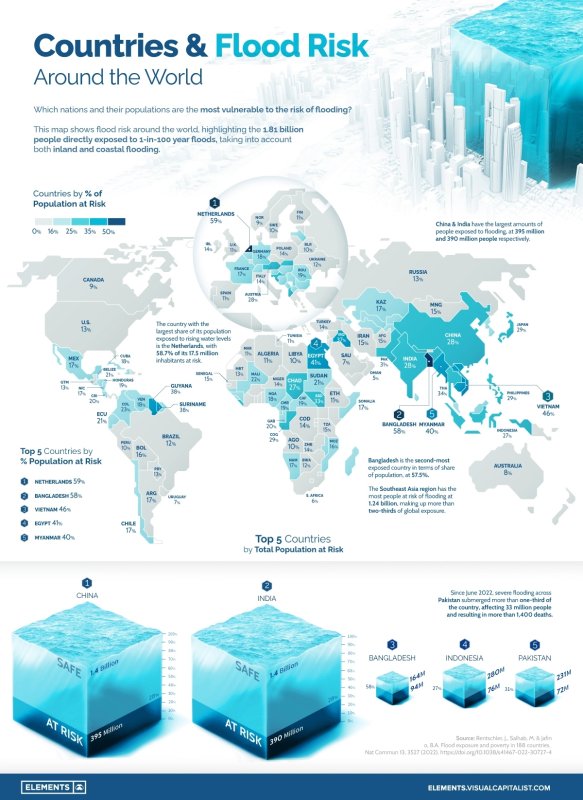 The map showed flood risk around the world, highlighting the 1.81 billion people — 23% of the world population — directly exposed to 1-in-100 year inland and coastal flooding. The Southeast Asia region alone makes up more than two-thirds of the global population exposed to flooding risk at 1.24 billion people.

“Not surprisingly, countries with considerable coastlines, river systems, and flatlands find themselves with high percentages of their population at risk,” wrote Visual Capitalist.

China (395 million people) and India (390 million people) are at the top in terms of the absolute number of people at risk of rising water levels. Bangladesh, Indonesia, and Pakistan complete the top five countries by total population at risk. Vietnam ranked sixth. 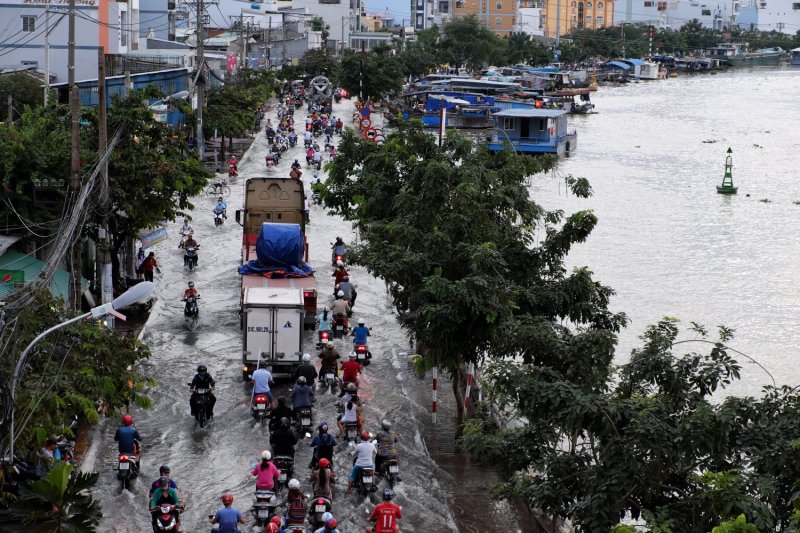 The Mekong River, where a large part of Vietnam’s population is concentrated, heightens the risk of flooding. Furthermore, the expansive coastal urbanization and poor infrastructure management contribute to Vietnam’s worsening flood situation.

With about 85% of their population living in flood zones, Vietnam’s Red River Delta provinces have some of the world’s highest exposure rates and are the country’s main population and economic centers, according to the research.

Adapting to the inevitable

Vietnam experiences an average of four to six typhoons annually; year after year, the situation worsens, with millions of people at risk of losing their homes, sources of income, or their own lives.

But many of those who live in flood-prone areas have gotten used to the situation and are adapting the best they can.

The farmers in the Mekong Delta, the country’s rice bowl, have seen their entire fields destroyed by flood waters. Knowing how natural disasters could result in yield loss and decreased quality of crops during the rainy season, farmers do not grow autumn-winter rice in areas that lack dykes.

Some farmers have turned into shrimp growing to mitigate losses. Local authorities in the Mekong Delta region have regularly organized training sessions and other measures like soft loans to boost shrimp production. 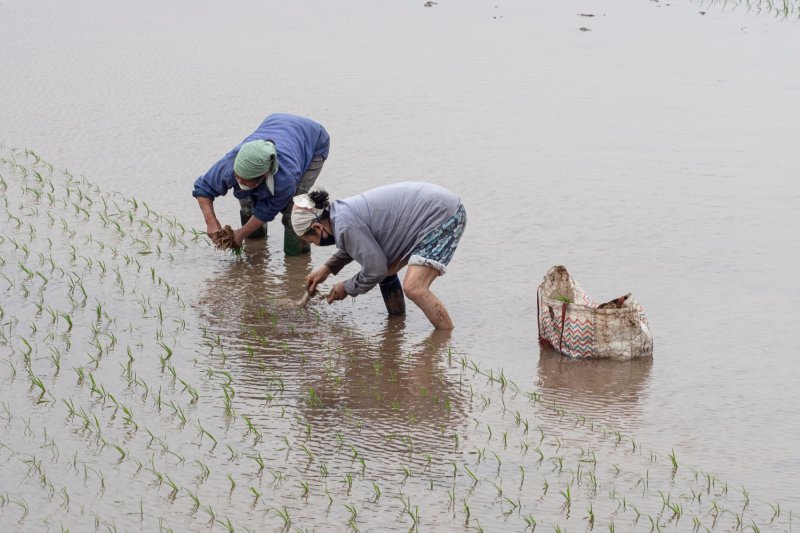 Meanwhile, the United Nations Development Programme (UNDP) has been building flood-resistant houses in coastal provinces. More than 4,000 flood-proof houses have been erected since 2018 by the joint efforts of UNDP and the national government. An additional 1,450 structures will be constructed in the coming months.

The safe houses contribute to securing the livelihoods of residents in coastal provinces by helping them withstand subsequent storms that have made landfall in Vietnam over recent years, as well as the dangers of severe flooding, UNDP representative Caitlin Wisen told Vietnam Plus in May.

Ensuring Vietnam’s most vulnerable group is a top priority to increase resilience against flooding and the adverse effects of climate change in Vietnam. Residents in coastal provinces have also been taught necessary skills to help them survive natural calamities.