Vietnam’s Ministry of Transport announced an ambitious plan to construct a North-South express rail link that would cost up to $58.71 billion. The project, grand in scale and price tag, will connect the country’s northern, central and southern regions, with the railway running through 20 cities and provinces.

First initiated in 2005, a pre-feasibility report of the project was approved in 2009 by a State Appraisal Council established, given the unprecedented project size, as reported by state media. The report was further improved and submitted to the Prime Minister in February 2019 and September 2021. The ministry will submit to Politburo for consideration of investment in the multibillion-dollar project in September, it said on Sunday.

The 1,545km railway is designed at the speed of 320 km per hour, starting from the capital city Hanoi, passing through Danang, and ending at Ho Chi Minh City’s Thu Thiem station.

Some $1.98 billion will be allocated for site clearance, while construction and equipment will consume more than $46 billion of the total cost.

The ministry has already made an initial evaluation of the project with advice from relevant ministries, central organizations, experts, and scientists. A written agreement from the 20 cities and provinces affected by the construction has also been drawn. The Ministry of Planning and Investment said that with the scale of the project and the complicated technology it would require, a careful assessment must be made.

The project will be carried out in two phases, with the first two sections — Hanoi-Vinh and Nha Trang-HCMC — projected to be implemented by 2032. The rest of the railway will be completed by 2050. 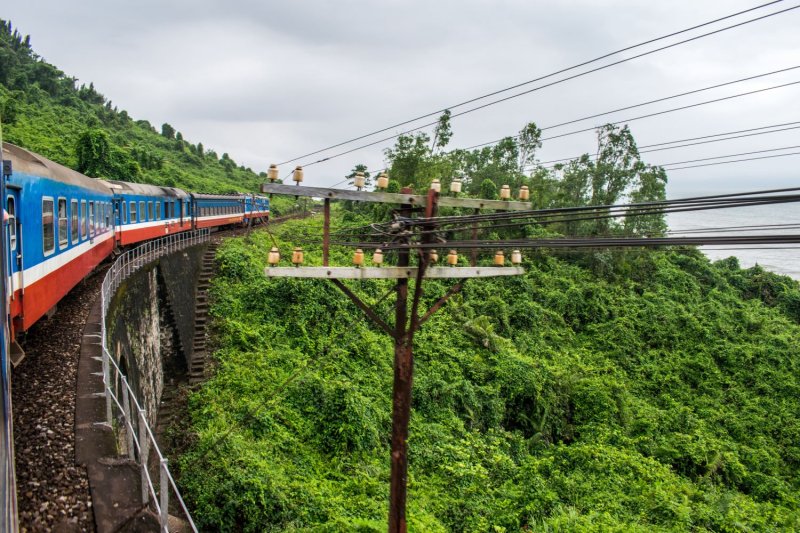 The news came as several of Vietnam’s major traffic infrastructure projects gained new attention due to years-long delays. The My Thuy Intersection project in HCMC, which includes overpasses, underground tunnels, and road expansions, has yet to be fully realized since the construction of the first phase started in 2016. Land clearance issues, as well as the COVID-19 lockdowns, were blamed for the delays.

The completion of the Ben Luc - Long Thanh Expressway, which will run 57.7km between Long An and Dong Nai through HCMC, has also been moved two years further.

Metro Line No. 2 linking Ben Thanh Market in District 1 and Tham Luong in District 12 has progressed very slowly, too, with the construction date delayed until 2025.

The government is also working on constructing a 1,900km expressway with a total investment capital of $22 billion. It’s expected to be completed in the 2025-2026 period. Prime Minister Pham Minh Chin said at a conference in April that transport infrastructure is necessary to stabilize the macroeconomic conditions in Vietnam and boost further growth. Vietnam aims to have about 5,000km of expressway by 2030, as set in the Resolution of the 13th National Party Congress.

Besides land clearance issues, the rising prices of building materials are also affecting the disbursement of public investment and deterring investors and contractors. In the first six months of the year, many property developers complained that prices of steel, cement, asphalt, and sand have skyrocketed, forcing them to halt construction works temporarily.