The sight of people clustered together on small blue and red stools with cans of beer on a plastic table has long been considered part of Vietnam’s unique and vibrant culture. This has driven the beer market’s consistent growth year on year.

A new report published by the Visual Capitalist reaffirms Vietnamese people’s great love for beer. Vietnam ranks ninth in countries with the highest beer consumption. Visual Capital noted that the Southeast Asian nation — the only one in the region — consumes over 3.8 million kiloliters of beer per year, accounting for 2.20% of the total global market share.

The US comes second on the list, with more than 24 million kiloliters of beer consumed throughout the country in 2020. The US is also the second-largest beer producer worldwide, after China. 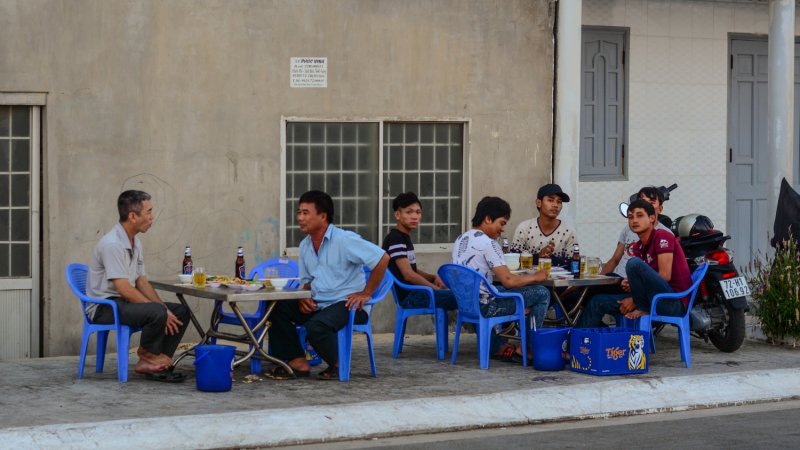 This rate is 14% higher than the average rate in the region, which is only 7.3 liters of pure alcohol. 8.3 liters of alcohol would approximately mean the consumption of 500 ml of beer per day per adult. This was already at an “alarming rate,” according to former World Health Organization regional director for the Western Pacific region Shin Young-soo.

The WHO warned in 2018 that the high consumption of beer and alcohol was burdening Vietnam, citing the worsening rate of traffic accidents caused by intoxication. This has led to the ban of beer advertisements on TV and social networks.

Carlsberg, the fourth-largest brewer in the country, holds almost total control of the country’s central – predominantly rural – belt, equating to an 8% share, an analysis by Just Drinks read.

The overall leader of Vietnam’s beer market is Heineken, which in 2020 ended Sabeco’s four-year reign as a leader – hitting 37%, despite producing 22% less than Sabeco over the year. This was mainly due to the Dutch brewer’s “quality over quantity” approach to the country, which is best highlighted by the group operating only six breweries in Vietnam, compared to Sabeco’s 26, the report added.