British Ambassador to Vietnam Gareth Ward arrived in Vietnam in 2018 as the UK and Vietnam celebrated 45 years of diplomatic ties. Having served in British embassies in major economies such as Russia and China, Ward has big goals for his new assignment.

The goodwill visit of the UK Royal Navy’s amphibious assault ship HMS Albion to the international port in Ho Chi Minh City was an apt grand event to start Ambassador Ward’s tenure. It was a demonstration of the UK’s global strength and a reaffirmation of its defense cooperation with Vietnam.

Even as the UK’s exit from the European Union impacted global trade and industries, the ambassador pledged to continue to drive innovation and economic growth through free trade agreements. He visited British companies exporting and investing in Vietnam and toured around the country to discover and open new opportunities for both nations.

“When I arrived in Hanoi four years ago, I had many ambitions,” said Ambassador Ward in fluent Vietnamese in his farewell video. “I wanted to promote trade and strengthen cooperation on security issues. I planned to travel to every province in Vietnam to make sure that I understood this country better.”

Within his four-year stint as ambassador, Ward has brought the UK and Vietnam’s relations from strength to strength. And though the challenges of the COVID-19 pandemic and the unfortunate death of 39 Vietnamese migrants in Essex effected hurdles and tension, both countries upheld their commitment to driving both economies forward.

“As I leave Vietnam, I’m proud of what we have achieved together, and excited to see the UK-Vietnam relationship develop even further.”

Here are some of Ambassador Gareth Ward’s most significant legacies in Vietnam.

The UK-Vietnam Free Trade Agreement, which took effect in 2021, is one of Vietnam’s most important trade agreements as it cements its name on the global trade map. Under the UKVFTA, trade between the two nations will continue to enjoy preferential treatment, including the elimination of virtually all customs duties. With the UK being Vietnam’s third-largest trade partner in Europe, the FTA is foreseen to facilitate post-COVID trade recovery.

According to the Department of the Europe-America Market under the Ministry of Industry and Trade, import-export turnover in 2021 between the two countries reached USD6.6 billion, a 17.2% year-on-year increase and four times higher than the period before the FTA was implemented. Export and import revenues were 5.76 billion USD and 849 million USD, 16.4% and 23.6% increases, respectively. 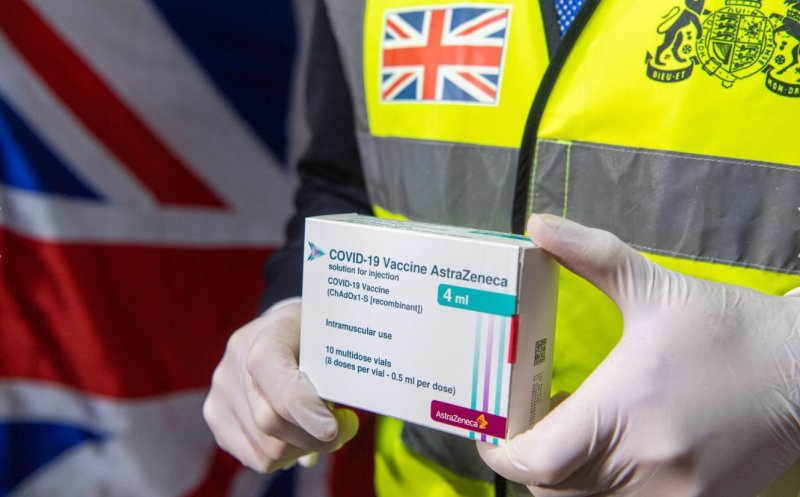 Vietnam’s COVID-19 vaccination drive has been praised as one of the strongest, most efficient worldwide. As of the latest, the country has already fully vaccinated 80.2 million people and is now working on inoculating fourth doses.

The country welcomed the first batch of AstraZeneca vaccines in February 2021, thanks to the UK. Since then, the UK has donated more than 2.7 million doses of vaccines to Vietnam and medical equipment that helped the country overcome its worst outbreaks last year.

“Vaccines are the best way to protect people and prevent the proliferation of new variants. This donation is part of the UK’s support to Vietnam’s roadmap of opening the economy by facilitating its vaccine boosting at a large scale,” Ambassador Ward said in a UNICEF press release.

Vietnam is one of the most vulnerable countries to climate change, the UN and several other academic researchers have warned in recent years. The country pledged at the COP26 that it will take more robust measures to achieve net-zero emissions by 2050. Last month, it announced an ambitious goal of complete green energy transition in its transport system by 2050.

The UK, which has one of the world’s most assertive sustainability policies, has been actively helping Vietnam achieve its goals. The former has highlighted Vietnam’s massive offshore wind potential and is investing in it. Major UK companies involved in renewable energy projects include Shire Oak International, Enterprise Energy, and Mainstream.

In an editorial piece the ambassador wrote for VnExpress in February 2020, he said the UK “will support [Vietnam] financially and recommend policies to reduce the use of coal and take advantage of its great potential for wind and solar energy.” Ambassador Ward witnessed first-hand the installation of a solar power system in Binh Thuan, which was co-financed with the UK’s support for overseas development projects. 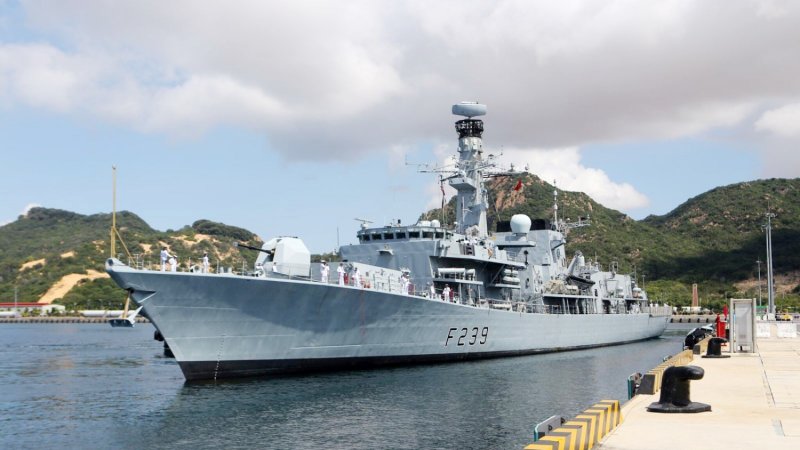 The UK has been one of Vietnam’s most persistent and reliable partners in maritime security as the Southeast Asian country continues to fight over territorial claims against China. The visit of three UK navy ships over the past four years — HMS Albion in September 2018 at the HCMC Port, HMS Enterprise in February 2020 at Tan Vu Port, and HMS Richmond in October 2021 at Cam Ranh Port — was aimed to deepen defense cooperation further between the two countries, and to recognize the importance of UK’s role in global peace and security.

“During my term as British Ambassador, this is the third visit by a Royal Navy Ship to Vietnam. HMS Richmond’s visit reaffirms the UK’s Indo-Pacific tilt and our commitment towards expanding defense relationships with key regional partners,” Ambassador Ward said in October last year as he welcomed HMS Richmond in Khanh Hoa.