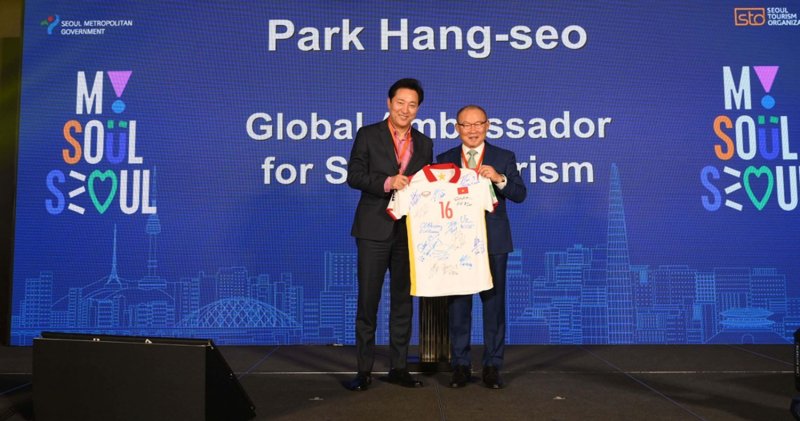 According to the survey results on the RoK’s tourism potential in 2021, Southeast Asia is considered as one of the leading important markets in the world when possessing the highest percentage of people wishing to travel to the RoK. Specifically, in the five-year period before the COVID-19 pandemic (2015-2019), the profit from tourism of the Southeast Asian market reached a growth rate of about 60 percent. Vietnam is the 7th largest market among the countries having highest number of tourists to the RoK with an average of about 550,000 arrivals per year. In particular, the rate of group travel is high. Vietnamese tourists have great interest in Korean beauty products and services, fashion, and Hallyu culture. Therefore, Vietnam is gradually taking an important position and is considered a strategic market in promotional campaigns about Seoul tourism. Oh Se Hoon, Mayor of Seoul City, has shown great support for the exchange and connection activities between Ho Chi Minh City and Seoul City. He hopes that tourism cooperation between the two cities will develop and expand in the most dynamic direction.

Lee Hye Jin, Head of Global Marketing Department of Seoul Tourism Organization, said: "We have been trying our best to quickly restore channels of cooperation and distribution of tourism products between the RoK and Vietnam.”

Head coach of the Vietnamese men’s football team Park Hang-seo was also officially appointed as the Global Tourism Ambassador of Seoul City at the event. This is considered to contribute to a closer connection in tourism and cultural exchange between the two countries.

Today, 14:03
Value checklist for Honda SH 8/2022: Beginning to lower in value despite the fact that there’s a scarcity of products

Today, 13:59
Tech Brings a World of Knowledge to Your Door