With over 72,000 hectares of coconuts, the province of Ben Tre in the Mekong Delta is Vietnam’s coconut kingdom. The millions of towering coconut trees have not just brought forth economic development to the province, but a cultural identity its residents take pride in.

On Monday, Ben Tre’s coconuts were once again given the spotlight. With the help of more than 60 chefs divided into 11 teams, the province hosted the world’s first and largest event for the processing and preparation of coconut-based cuisines. The event was organized in commemoration of the 200th birth anniversary of Vietnamese cultural celebrity Nguyen Dinh Chieu, who was born in Ben Tre in 1822. 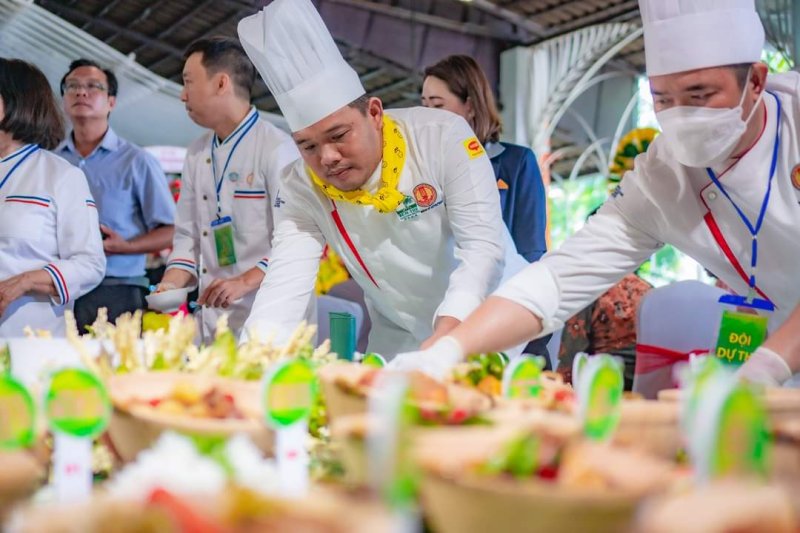 A total of 222 dishes made from different parts of the coconut tree — from the palm heart to its water — were then presented to the Vietnam Records Organization (VietKings) and the World Records Union (WorldKings).

Set elegantly on a white table with palm leaf designs, all the dishes symbolized the creativity and endurance, and resourcefulness of the people of Ben Tre. 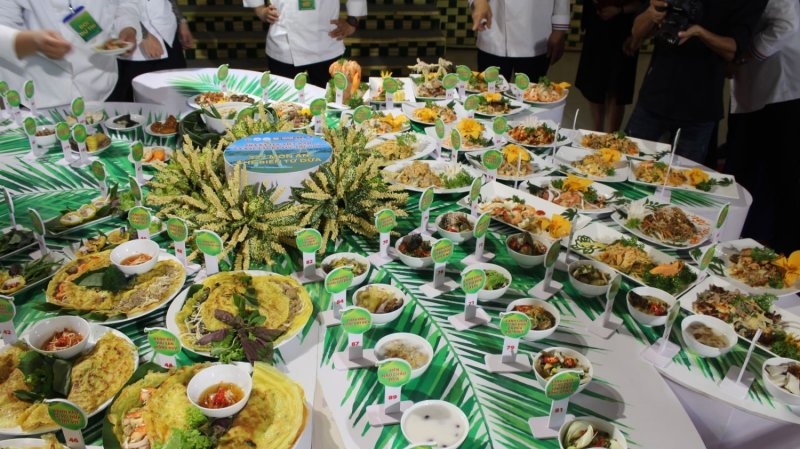 This new recognition is foreseen to further help Ben Tre promote its culture and tourism, especially after Vietnam fully reopened its borders and strengthen bilateral relations with other nations. The province plans to increase the organic farming area for products from mature nuts to more than 20,000 hectares and for tender coconut for juice to 100 hectares by 2025. 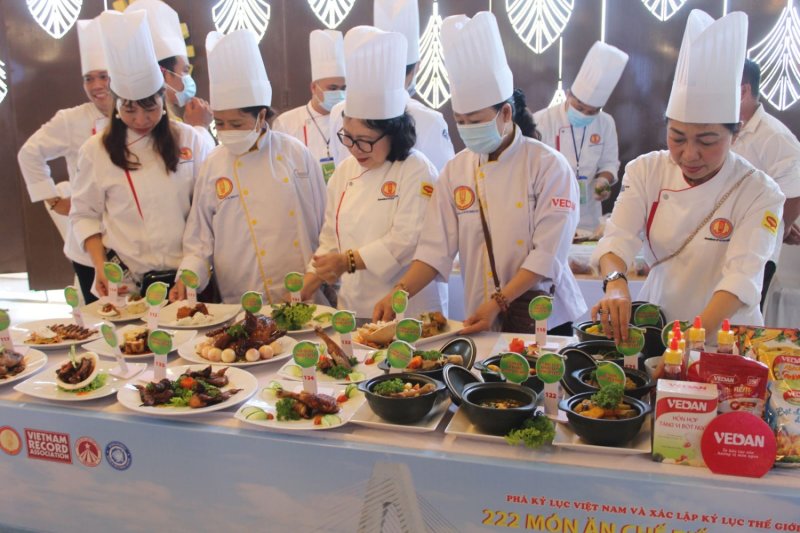 Currently, there are more than 200,000 families are growing coconuts in Ben Tre, accounting for about two-thirds of the total number of households in the province.