Vietnam’s startup ecosystem is hailed as one of the fastest-growing in the region, with over 3,800 startups injecting billions of dollars worth of investment into the country. As a new generation of innovators is disrupting the traditional business landscape, Vietnam isn’t just a rising star; it’s a force to be reckoned with.

A new ranking released by StartupBlink, a global startup ecosystem and research center, has put Vietnam in 5th place in its ‘Best Countries for Startups in 2022’ in the Southeast Asian region, displacing the Philippines, and is well-positioned to overtake Thailand next year if this positive momentum continues. Vietnam ranked 54th out of 100 countries worldwide, five places up from last year. The country had a total score of 3.462 — 0.29 for quantity, 1.46 for quality, and 1.71 for its business environment. Business — where Vietnam scored the highest — is taken from business and economic indicators at the national level.

StartupBlink also put Ho Chi Minh City as Vietnam’s most ideal city for startups. The commercial capital ranked 111th out of 1000 cities globally. HCMC is followed by Hanoi at 222.

“The Vietnam startup ecosystem is a regional leader in innovation,” the report read. “Having Hanoi and Ho Chi Minh City as innovation hubs is a massive bonus to the Vietnamese ecosystem, but hopefully more cities will follow suit.”

StartupBlink also included the top industries for which Vietnam is ideal. It highlighted e-commerce and retail (#44), education (#47), and food tech (#47). Axie Infinity, Coc Coc, and Sendo were marked “notable startups.” 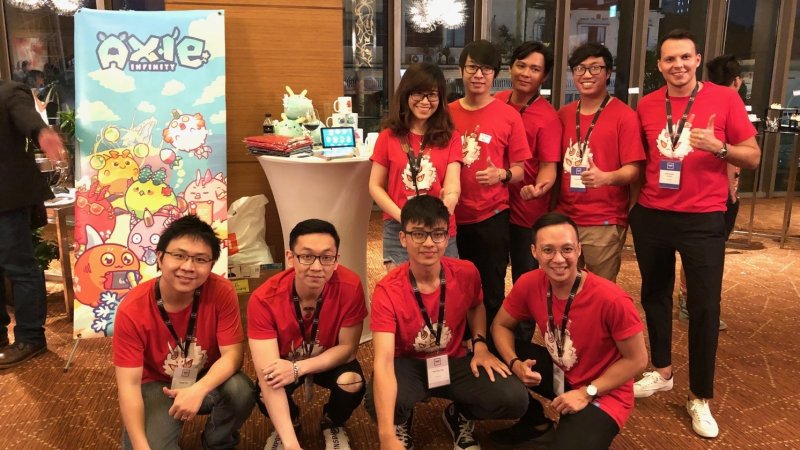 Axie Infinity, a Vietnamese blockchain-based game, became Vietnam’s third tech unicorn in October 2021 after it bagged a whopping $152 million in Series B funding led by Andreessen Horowitz from a16z. There are other three unicorns in the country — MoMo, VNPay, and VNG.

StartupBlink has put the US in the top spot for the third consecutive year, with a score of 195.37. The United Kingdom follows at a distance with a score of 52.55. In regional rankings, Singapore (#7), Australia (#8), and China (#10) were seen leading. Singapore has retained its position as the top country for startups in Southeast Asia.

Vietnam’s close neighbor Thailand is in the 53rd place. Cambodia, Laos, and Myanmar weren’t included in the list.

Asia-Pacific regional performance is generally positive, according to StartupBlink. Only six of the 19 ranked countries in the region slipped down in rankings, consolidating the area as a global leader in innovation. The region’s ecosystems are maturing, as seven out of the 10 Asian Pacific countries ranked in the top 50 have improved their rankings. In the global top 100 cities, the region increased from 20 to 22, showing that the region is growing its global dominance, with three countries now in the global top 10.

The report added the Asia Pacific region received nearly a quarter of the global startup investments in 2021. The region accounted for 15.9% of the top 1000 cities ranked. Half of these investments, however, went to China. There’s “plenty of money flowing into Chinese startups,” StartupBlink noted, despite the fact that China had dropped in ranking this year, from 7th in 2021. Playing a unique role in the growth of Asia, China’s negative momentum this year “may negatively influence the region’s overall performance in upcoming years.”