Over the past years, the energy sector has been a fundamental contributor to Vietnam’s inclusive economic development. With a growing population and the millions of factories, enterprises, and homes that demand energy, the sector has been consistently increasing its capacity to manage supply.

This demand, which is foreseen to expand further as the population nears 100 million and the industrial revolution advances, presents vast opportunities to integrate renewable energy development. But it’s more than just about opportunities for investment, industry experts and clean energy leaders said. It’s a necessary move toward a bigger, more important goal for the country: To reduce emissions to net-zero by 2050.

Vietnam is on the right track, albeit still considerably far from achieving such a goal. As one of the most susceptible countries to the adverse effects of climate change, Vietnam has made big leaps toward energy transition. In fact, not only is Vietnam a leader in the clean energy transition in the region, but it’s also the world’s tenth-biggest producer of solar power. 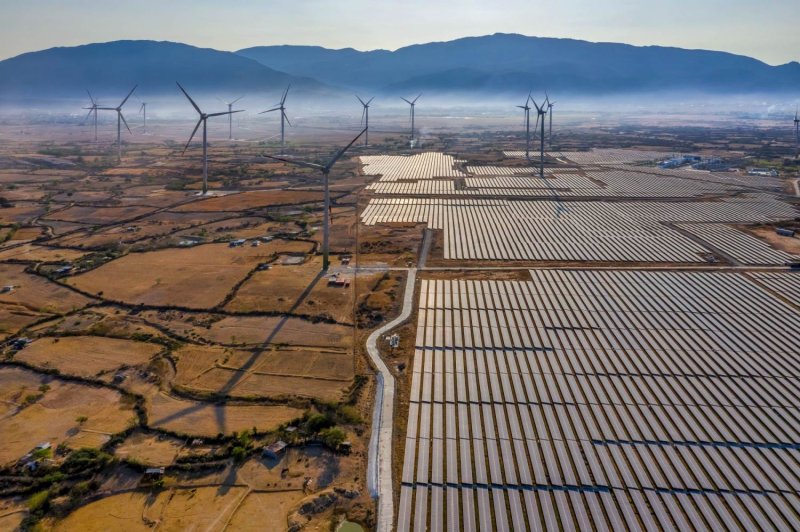 An article published by The Economist earlier this month reads, “In the four years to 2021, the share of electricity generated by solar in Vietnam increased from practically nothing to nearly 11%. Not only was this a faster rate of increase than almost anywhere else in the world. It is a bigger share than larger economies such as France or Japan have managed.”

Vietnam has quadrupled its wind and solar power capacity compared to 2019 after the government began paying solar-power suppliers a fixed feed-in-tariff (FIT) of as much as 9.35 US cents for every kilowatt-hour they delivered to the grid, the report added. This has led to a significant increase in the number of rooftop solar panels installed across the country.

In one of the Vietnam Innovators podcast episodes, SkyX Solar CEO Samresh Kumar noted that “with coal, natural gas, and even wind energy projects either dead or taking time to get moving, solar energy is the best way to complement Vietnam’s sustainability efforts.” SkyX Solar, a subsidiary of VinaCapital Group, is a solar rooftop power developer focusing on the commercial and industrial (C&I) space.

“When you look at the solar power sector in Vietnam, in the last two years, solar power capacity has developed from almost zero to more than 20,0000 MW as of today. It’s an incredible kind of development. In five years, I believe it could be 100,000 MW,” Samresh added.

Vietnam has more than 101,000 rooftop installations on homes, offices, and factories. At the end of 2020, the country’s rooftop solar installations added 9.3GW to its national grid.

Beyond generous FITs and friendly national policies, the World Bank, and the development partners representing the Vietnam Energy Partnership Group (VEPG), have provided strong support to the government-led efforts. 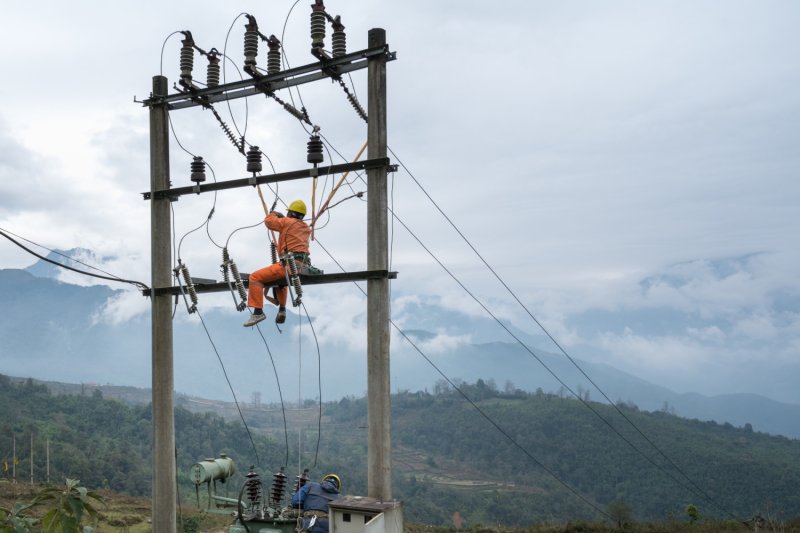 At the end of 2020, Vietnam’s rooftop solar installations added 9.3GW to its national grid. | Source: Shutterstock

Vietnam’s coal consumption among highest in the region

While Vietnam has well-positioned itself to lead green growth ambitions, Vietnam is heavily dependent on coal — and it can’t seem to break away from it.

Vietnam has made huge investments in coal power over the past decade and has, in fact, the most installed coal capacity among Mekong countries after China.

The country’s coal consumption has been steadily rising since 2012, with a growth rate of 30.2% each year. The country consumed 2.07 exajoules of electricity from coal last year, up 30.2% year-on-year, according to the Statistical Review of World Energy 2020 report by energy firm BP. 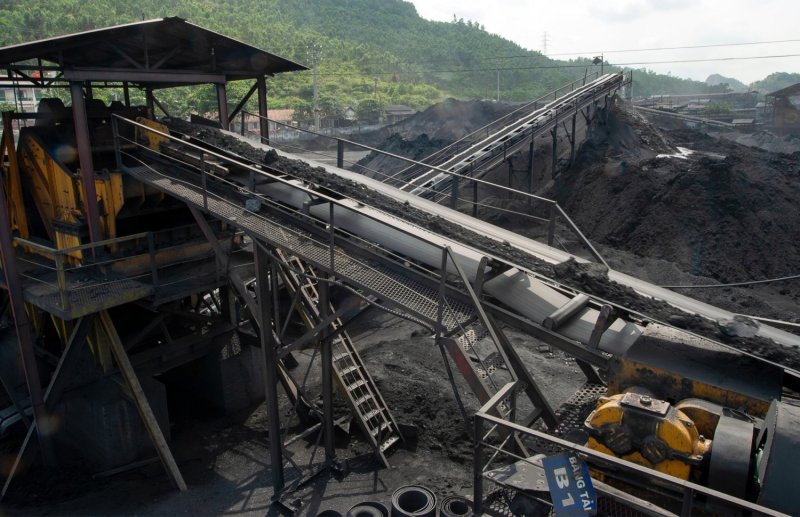 In an interview with Hanoi-based journalist Linh Pham for China Dialogue, Brian Eyler, Southeast Asia director of the Stimson Center, explained that as Vietnam exports more manufactured goods than its neighbors, sources of electricity generation needed to be developed more quickly, and coal and hydropower were “the easy solutions.”

Vietnam’s coal power fleet is generating as much energy as all other power sources combined. In that year, the sector emitted about 126 million tonnes of carbon dioxide, or around half of Vietnam’s emissions, Linh Pham wrote.

In September 2021, two months before the COP26, the draft version of the Power Development Master Plan 8 (PDP8) began to circulate. The Institute for Energy Economics and Financial Analysis (IEEFAC) highlighted that the plan — though not yet approved at that time — raised confusion about the economics of coal usage in Vietnam. PDP8 raised the installed capacity target for coal-fired power by 3GW to 40GW by 2030, with an additional, and final, 10GW to be deployed by 2035. 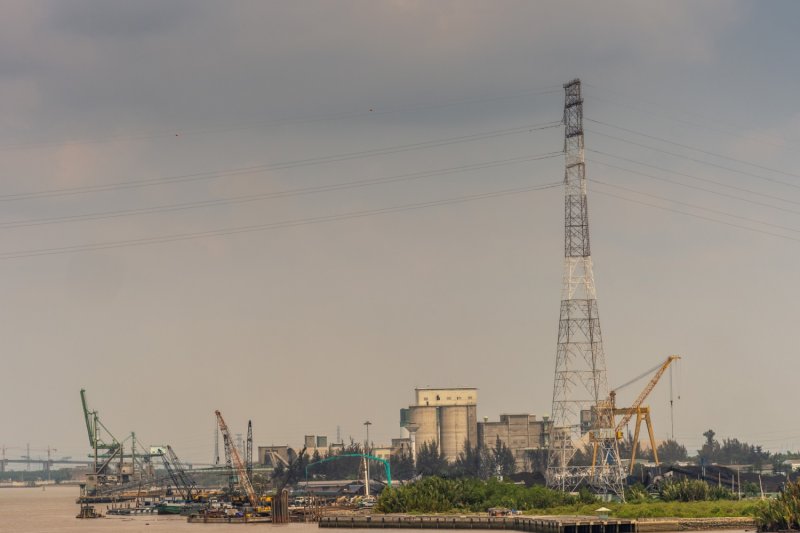 The Ministry of Industry and trade was then asked to revise the PDP8 to indicate the country’s renewed commitment to clean energy. The latest version indicated Vietnam’s plan to forego building any new coal-fired power plants, which would mean a reduction to 9.5% share of coal capacity by 2045 compared to the 15-19% previously drafted. In addition, Vietnam aims for a 50% share of wind and solar power by 2045 compared to the previous target of around 40%.

World Bank country director for Vietnam Carolyn Turk said in January that the clean energy transition would require a wholistic economy-wide approach and no on-off solutions will be sufficient.

“...the 8th Power Sector Development Plan must keep clean energy transition at its core. This means selecting an appropriate energy mix, with due attention to phasing out the use of coal, managing the impacts of this transition on the people and businesses involved in the coal industry, and considering the appropriate role of transition fuels, such as natural gas.”

Carolyn pointed out that Vietnam's goal to become a high-income economy by 2045 will pose a challenge to the energy sector’s adherence to lowering carbon footprints. But it will “rise to the challenge of supporting this next phase of growth,” she said.