The 105th Cargill Cares school is located in the province’s remote mountainous Muong Lat District which has an underprivileged and largely ethnic minority population, where the pre-existing school had been requiring urgent repair and expansion. No access to electricity, heating or cooling in an area prone to sub-zero winters, and absence of administrative support like clean washrooms, insufficient infrastructure, and poor accessibility, often made just getting to school a daily challenge for students and faculty alike. 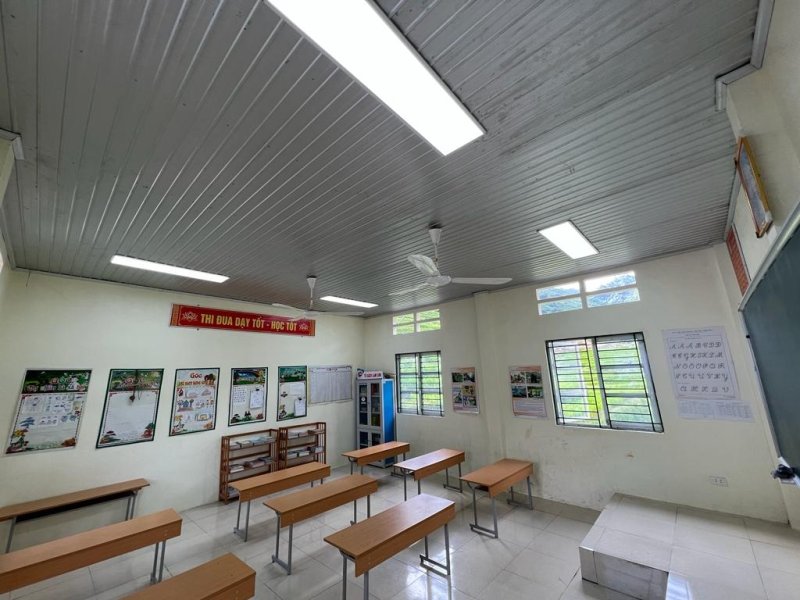 Muong Lat is known to be among the poorest areas in one of Vietnam’s poorest provinces, with the disaster prone region seeing a poverty rate over 17 times higher than the provincial average. Yet the importance of providing students in these remote areas the chance to get an education by providing proper infrastructure cannot be overlooked. Initially breaking ground before the pandemic, and with the subsequent disruptions to both construction schedules and school operations throughout Covid-19, the 105th Cargill Cares school was officially inaugurated today but has been welcoming students to their new school since the beginning of the academic year.

“We have long suffered through insufficient infrastructure, no electricity, and countless other challenges. Thanks to Cargill, our school's conditions has improved towards a better, safer learning environment. This is what the local community and our students have long dreamed of. It's also a tremendous source of encouragement to our teachers and faculty, making it easier to provide better teaching and deliver the learning experience that our students deserve,” said Mr. Pham Dang Dung, Quang Chieu No.1 School Principal.

The total investment for the new school adds up to over VND1 billion (~US$45,000). It will provide a modern and safe learning environment, kitted-out with two well designed classrooms, an administration office, cooling fans, play areas and protective fence, and separate sanitary restrooms for boys and girls. In addition to Cargill, the project was supported by several partners including Vu Phong energy group, JCI East Saigon, and Capella Hanoi hotel. These partners got inspired by Cargill’s school building program and decided to co-contribute~ VND200 million to set up a solar power system that supplies lighting in this off-grid school site and to provide 55 sets of portable solar lamps for students.

“Regions like this, virtually inaccessible, subject to frequent natural disasters, and minority populations should not be left behind in Vietnam’s rapid growth,” said Cargill Vietnam Country President, Mr. Luan Nguyen. “Educating children is central to breaking the cycle of poverty for these regions, and it is an honor to be playing a role in improving the lives of children, their families, and improving their future under the auspices of our Cargill Cares School program.” 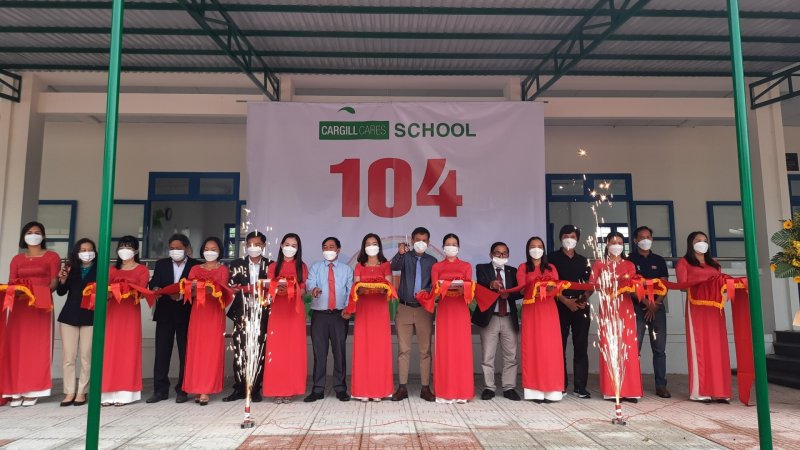 The Thanh Hoa announcement comes hot-on-the heels of the 104th Cargill Cares school, Tran Dai Nghia Primary School in Quang Nam’s Nui Thanh District, which rang its bell to announce its first class in January 2022. This is the fourth school Cargill has inaugurated in the central province with the company’s investment of over 2 billion VND. The Tran Dai Nghia Primary school is home to five classrooms and a kitchen to serve nutritious meals to the school’s ~350 students.

Cargill, which unveiled its ambitious 100-schools-in-25-years program in 1996, renewed that commitment when students filed into its 100th school in 2020, announcing that it would build an additional 50 schools before end of 2030. Tran Dai Nghia Primary school and Pu Dua Elementary are the fourth and fifth schools to welcome children through its doors since the company outlined its extended commitment a year and a half ago. In line with its commitment to the nation, the company plans to unveil two to three more schools before the year’s end.