Executives from Vietnam-based airlines experienced its leading-edge capabilities and high levels of passenger comfort during special demonstration flights and a static display. Airbus representatives also highlighted the suitability of the aircraft for airlines operating in the region. 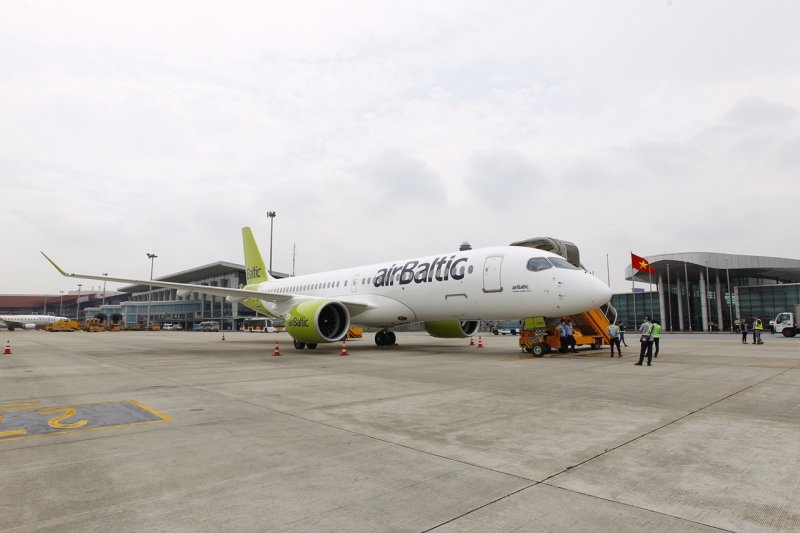 The A220’s range and capacity make it ideal for carriers that want to open new regional routes out of Vietnam, or require an aircraft for lucrative but thin routes out of the country. It also enables a more cost-efficient and seamless way to connect to and from international services to regional or domestic destinations.

The A220 is available in two versions, with the A220-100 seating between 100 and 130 passengers and the larger A220-300 seating between 130 and 160 in typical airline layouts. It is also ideal for airlines that require an aircraft to complement existing A320 Family fleets, and offers a lower cost per trip compared to previous generation aircraft.

apable of flying non-stop on routes of up to 3,400 nautical miles (6,300 km), the A220 offers unmatched range capability allowing connections between Vietnam to Australia, the Middle East and North Asia.

Today, the A220-300 is operated in the Asia-Pacific region by Korean Air on both domestic and international services with 10 aircraft. Australia’s Qantas announced this week that it is ordering 20 aircraft as part of its domestic fleet replacement programme. Air Vanuatu has also ordered three A220s, comprising two A220-100s and one A220-300. To date, Airbus has received 740 orders for the A220 and delivered more than 200.

The A220 brings together state-of-the-art aerodynamics, advanced materials and Pratt & Whitney’s latest-generation PW1500G geared turbofan engines. It gives customers a 50 percent reduced noise footprint and up to 25 percent lower fuel burn per seat and CO2 emissions compared to previous generation aircraft, as well as around 50 percent lower NOx emissions than industry standards.