The Steering Committee on Covid-19 Prevention and Control of Ho Chi Minh City’s Thu Duc city presented gifts to foreigners living in the city who are hit by the pandemic. 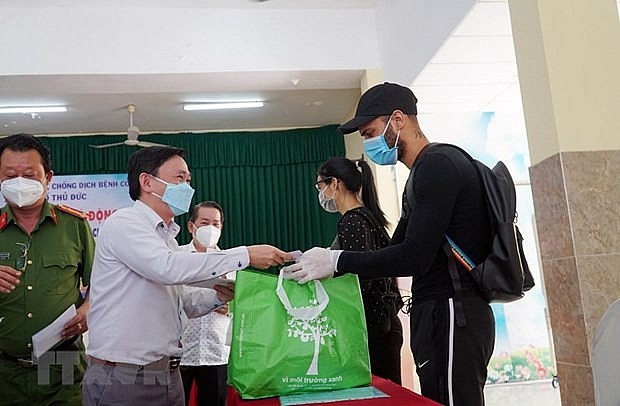 Chairman of the Thu Duc city’s Vietnam Fatherland Front Committee Tran Huu Phuoc offered sympathy over the difficulties facing the foreign residents at a time when Thu Duc is enforcing prevention and control measures. He wished that they would continue supporting the city’s policies and follow local regulations on pandemic prevention and control, thus contributing to curbing its spread.

The city's officials handed over the gifts, each worth VND 2.5 million (USD 108) including cash and essential goods, to the foreign residents in Thu Duc.

Ho Chi Minh City is home to the largest number of foreigners in Vietnam, with many of them living in Thu Duc city.

The municipal authorities recently also approved a policy of vaccinating foreigners living and working in the city within its own capacity and resources.