Vietnam is preparing for the opening ceremony of International Army Games 2021, which will start in 9 days 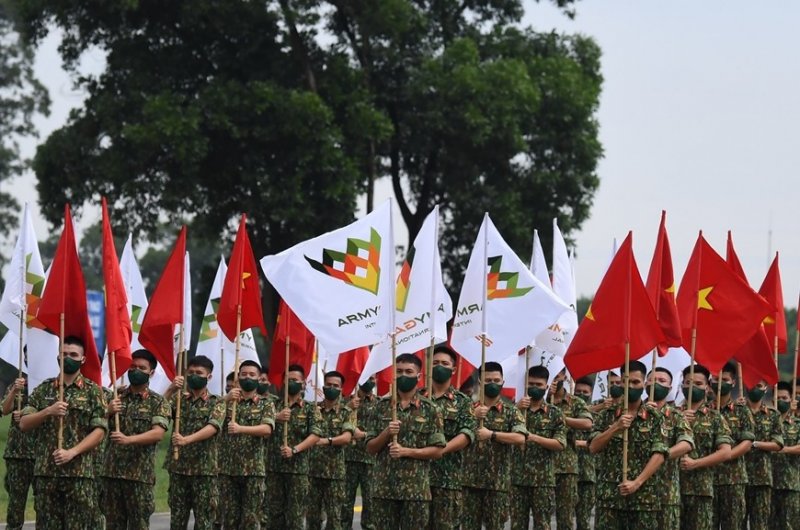 Cuong said the Vietnamese Ministry of National Defense's hosting of two events 'Sniper Frontier' and 'Emergency Area' was an important activity, contributing to good relations between Vietnam and Russia; as well as strengthening exchanges and friendly cooperation between the Vietnam People's Army and the armies of other countries.

He also said it was an opportunity to promote the image of the country, people and the Vietnam People's Army, and at the same time learn from the experience of organizing training and competitions from other countries.

In order for the opening ceremony of the festival to take place as planned and ensuring safety, Cuong asked the forces to take advantage of practice, and to quickly perfect decoration and celebration.

He said the opening would be brief but solemn, showing the cultural identity of the country and people of Vietnam, adding that it necessary to guide domestic and foreign athletes to organize testing and strictly implement measures to prevent and control the Covid-19 pandemic.

In addition, the chief of the general staff emphasized the need to organize activities on the sidelines of the festival to ensure pandemic prevention and control. He said Vietnam should show dedication, thoughtfulness and sincerity in order to leave a deep impression on the delegations of foreign athletes who come to compete in the country. 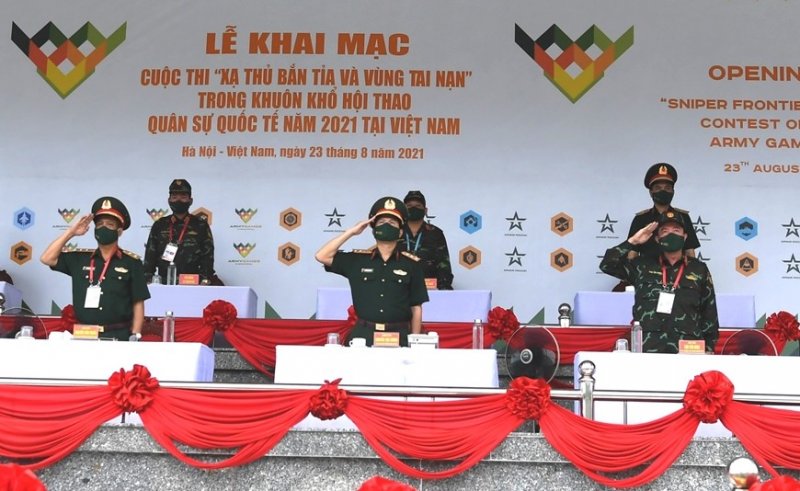 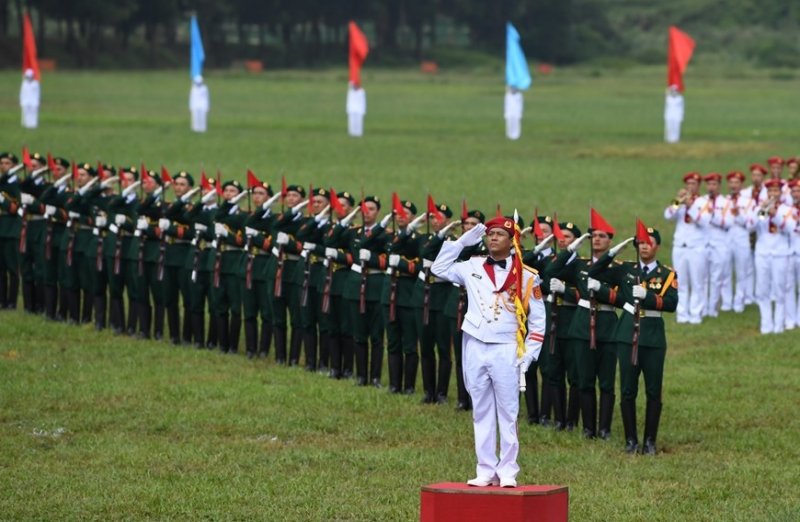 It started with formation of teams and ceremonial parade. Photo: PANO

This is the fourth time Vietnam has participated in the competition. It also marks the first time the country has hosted sniper and rescue events of the games.

The Vietnam People’s Navy has also sent a fleet comprising frigates 015-Tran Hung Dao and 016-Quang Trung to take part in the Sea Cup event for the first time.

A delegation of the Vietnam People’s Army arrived in Moscow, Russia, on Aug. 3 to compete in the 2021 Army Games.

Participants of the True Friend category will travel to Algeria for the competition.

All the team members have been fully vaccinated against Covid-19 and test negatived for the virus.