In 2013, Keenan was diagnosed with prostate cancer due to Agent Orange exposure during his service in the Vietnam War in the 1970s. As a victim of the defoliant, Keenan was shocked to know many Vietnamese people were still exposed to the deadly chemical even though over 50 years have passed.

“More than anyone, I can feel the loss, disadvantages, and pains agent orange victims suffer. It’s heartbreaking,” he said. “That’s why I decided to fly to Vietnam to do charity work, hoping to somehow alleviate the pain of Agent Orange.”

Keenan returned to Da Nang in 2016 and was introduced to Da Nang’s Agent Orange victims Association. He has been an active member for the last 6 years, working with Vietnamese staff to give victims hope and a better life. 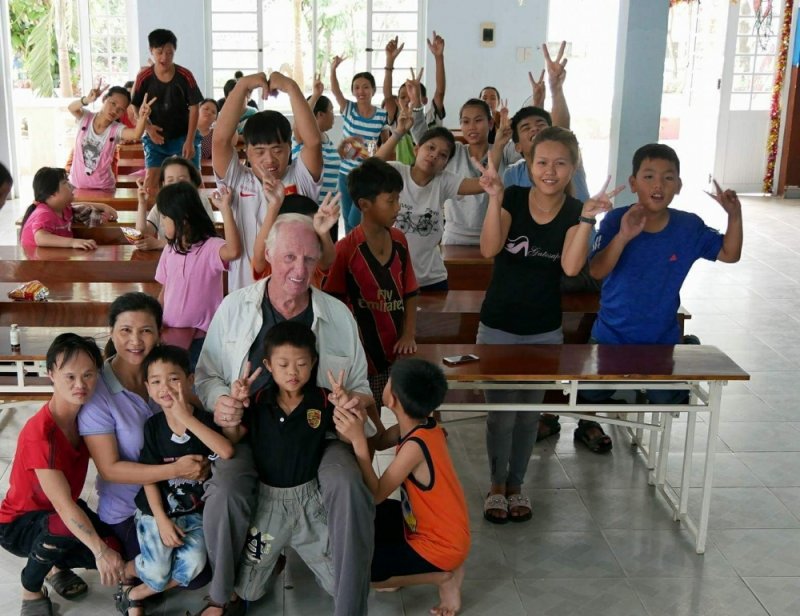 How’s your life in Vietnam?

I feel fulfilled living in Vietnam. I’m a volunteer at Da Nang Agent Orange Victim Association (DAVA) and have been teaching affected children how to write, draw and play basketball.

I love Vietnam and will continue to help the victims of agent orange. I have a strong desire to live up to the message “Love, Peace, and Happiness”. I plan to return to the U.S. every now and then for trips to reunite with family, friends, and my doctors.

The U.S. and Vietnam are working together to overcome the consequences of war. How do you access this?

Vietnam and the U.S. have been working together in the last 15 years to heal the wounds of war. The two countries’ efforts have paid off, from activities like finding the remains of Vietnamese and American soldiers, detecting and destroying unexploded ordnance, decontaminating agent orange hot spots, support agent orange victims. 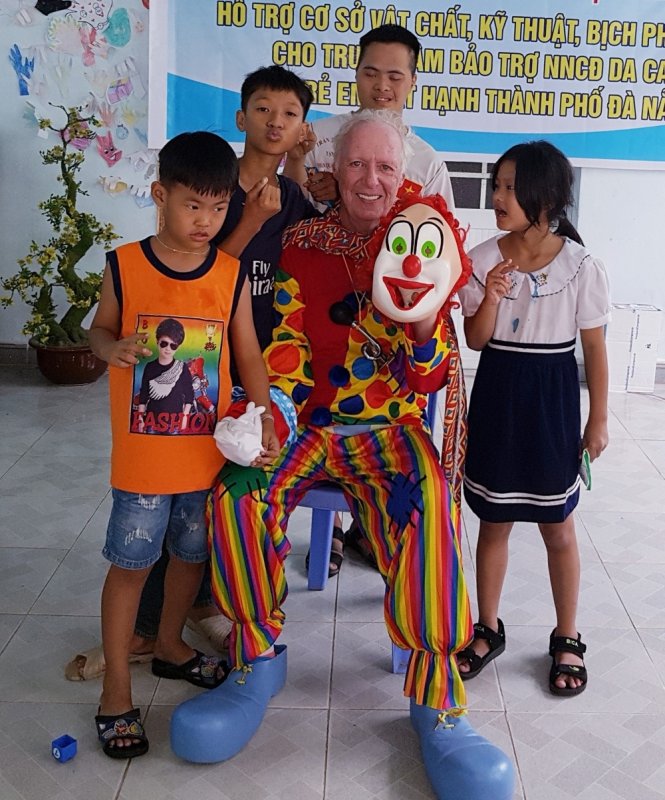 He's been an active volunteer of the association for the past 6 years. Photo: DAVA

We also work on issues such as climate change, flooding, and the Covid-19 pandemic. I’m glad the two countries are partnering for a better future.

The sincerity of the long-lasting and strong bilateral ties prevails in the recent disaster relief commitment of former U.S. Ambassador to Vietnam Ambassador Kritenbrink, the visit of U.S. Secretary of Defense Lloyd Austin, and Vice President Kamala Harris.

Through discussions with U.S. Consul General Marie Damour, I know she wants more attention the Central Vietnam and support to agent orange victims and other disaster rescues. The Covid-19 pandemic is making it harder to achieve the goals, but Vietnam and the US’s commitment has been growing stronger through the years.

The past, present, and future show that healing with hope and support is possible, the problems in the past can be solved.

At the webinar "Overcoming the consequences of the Vietnam War” organized by the U.S. Institute of Peace (USIP), both countries pledged to share information and use advanced DNA technology to identify any soldiers’ remains found. An estimated 200,000 Vietnamese are missing during the war.

What are your plans to help agent victims in the future?

When the social distancing ends, we will give another 5 bicycles to poor students in Quang Nam and 6 bicycles to the agent orange victim association in Da Nang. 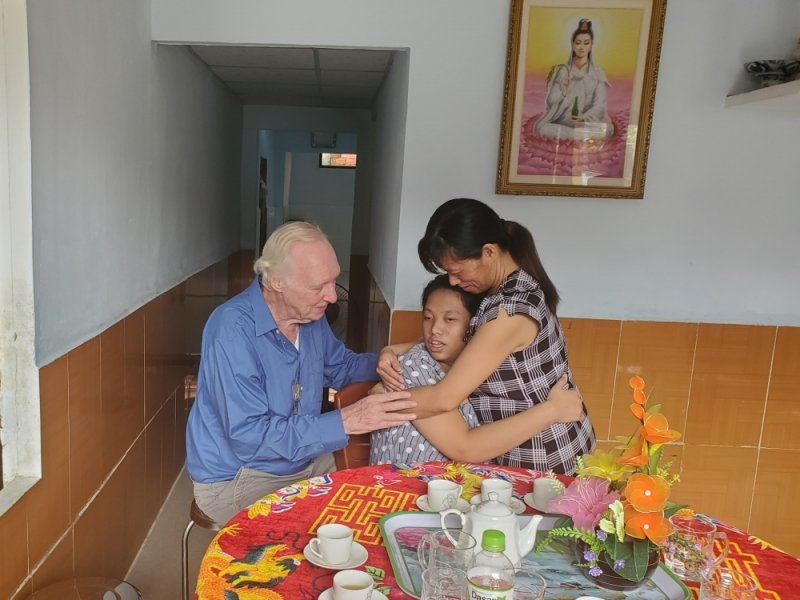 August 10 is the 60th anniversary of the Agent Orange disaster in Vietnam. What message do you want to deliver to the world and Vietnam?

I’m the only American veteran in Vietnam affected by agent orange. I expect to attend the 60th anniversary of the Agent Orange disaster in Vietnam on August 10. However, the commemorative event was canceled due to the Covid-19 pandemic. I sympathize and feel more responsible for Vietnamese agent orange victims.

They and I both got the disease caused by dioxin exposure. They deserve more attention.

Thank you for this conversation!