A passer-by rushed to the scene and caught the baby girl as she fell from the second-floor balcony Tuesday morning. She suffered minor injuries.

Video footage shows the girl was dangling from the balcony of a house, around three to four meters high, in Nam Dinh province, northern Vietnam. A man riding past stopped his bicycle ran towards and position himself beneath the baby. He stretched out his arms and got hold of the girl as she lost her grip and fell. After handing over the child to another passer-by, he left the scene without receiving any credit for his heroism. 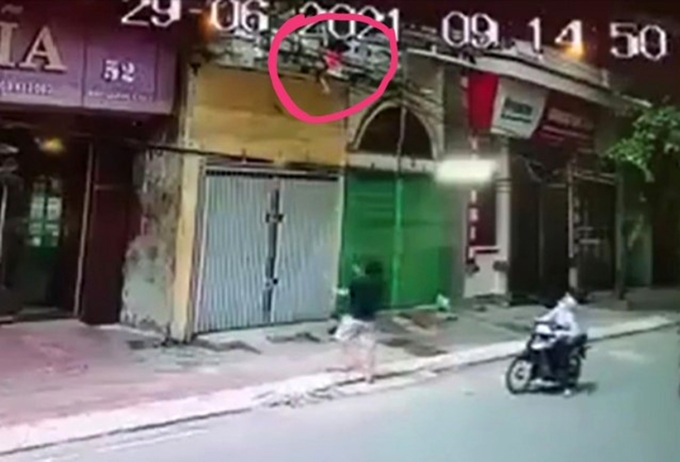 The man sprints to the scene and positioned beneath the baby. Photo: Captured

The man has been identified as Luong Van Ha, a local person.

The four-year-old reportedly walked to the balcony and tried to scale the parapet at around 9:15 a.m., June 29, after she woke up and couldn’t find her parents.

“She must have suffered severe injuries had it not been for the help of Ha,” said Tran Duc Anh, chairman of Tran Quang Khai ward People’s Committee.

“I sprint to the scene when the baby was in Ha’s lap. She had scratches on her left leg, her body looked normal. I carried her to a nearby house and put ice packs on her injuries,” Tran Huu Trong, a neighbor, said.

The girl was then taken to hospital and is now in stable health condition. 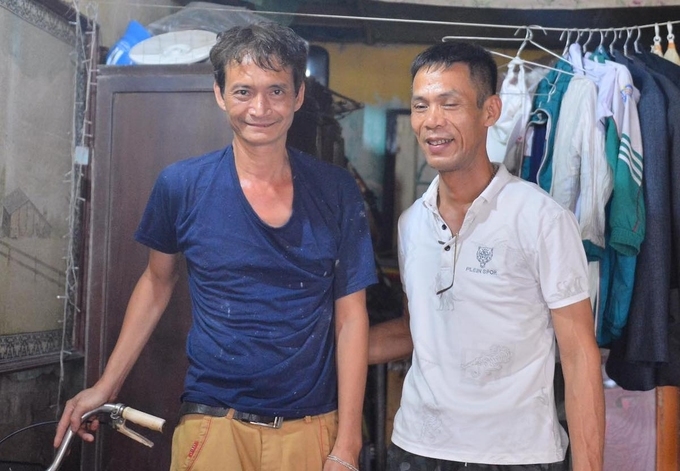 The video has gone viral, and many people have dubbed Ha a hero for stopping his bicycle to save the girl.

"Thank you very much, Mr. Biker," one person said on Facebook.

This is the second time in 2021 a man caught and saved a baby from high-floor falling. 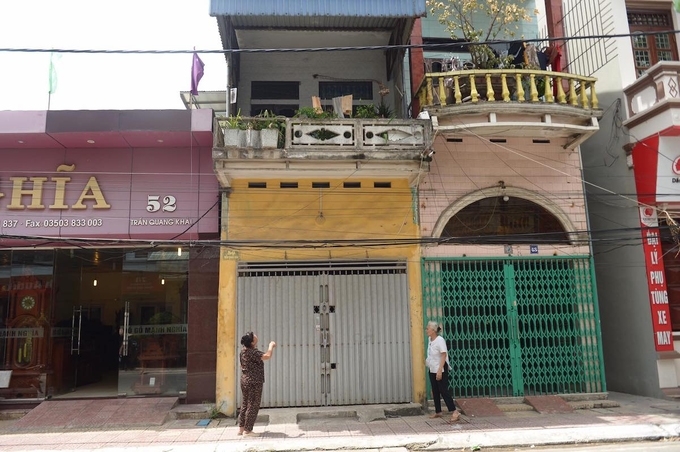 The second floor of the house is around 3 to 4 meters high. Photo: VNE

In March, a 2-year-old girl also survived a free fall from the 12th balcony of a high-rise in Hanoi. She was saved by a truck driver who managed to catch her in his lap. The lucky baby girl was taken to a nearby hospital while the superhero delivery man suffered a slight sprain. The girl had a broken arm and leg and was discharged from the hospital within several days.

The heroic act of the truckman had made national and international headlines, turning him into a celebrity overnight to his discomfort. 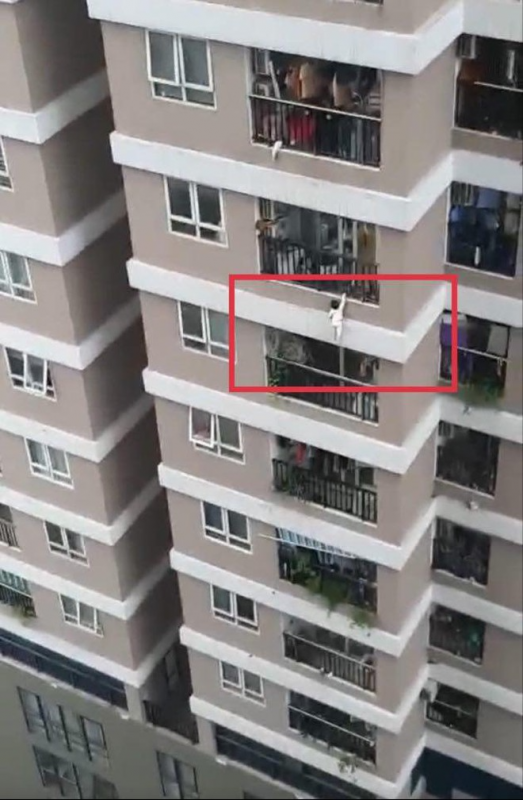 The 2-year-old dangling on the 12th floor (Photo: Captured)

Last week, a 10-year-old boy had a narrow escape as he fell out of the bedroom window from the fifth floor and was trapped on the third floor. The incident took place at The K Park apartment building, Hanoi's Ha Dong district.

At around 10 a.m., residents of the building noticed a boy dangling on the fifth-floor window ledge before freely falling and trapped on the third floor. People at the scene rushed the wounded boy to the hospital and immediately called local authorities for support.

Phan Cao Dang, chairman of Phu La ward People’s Committee, said the boy only suffers a broken arm. Fortunately, the accident did not cause lasting harm to his life. 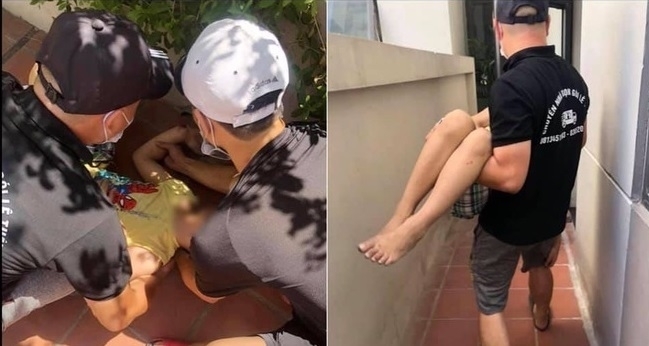 The boy was rushed to a nearby hospital. Photo: VTC News

Last December, a boy aged 3 in Thai Binh city, northern Vietnam, fell from the 8th floor of an apartment building and hit the roof of a house on the first floor. He miraculously survived.