What is Vietnam's Revolutionary Press Day?

96 years ago, on June 21st, 1925, the Thanh Nien Newspaper was founded by Leader Nguyen Ai Quoc (Ho Chi Minh), marking the birth of the Vietnamese revolutionary press, National Defence Journal cited. Since then, under our Party’s leadership, Vietnam’s revolutionary press has always accompanied the country’s development process, playing a core, vanguard role on the ideological - cultural front, keeping maturing comprehensively, making significant contributions to our Party and people’s revolutionary cause.

Domestic journalists today celebrate their day, the Vietnamese Revolutionary Press Day, marking the process of 96 years of sharing the nation with all the ups and downs in building a Vietnam of peace, independence, and freedom, according to Hanoitimes. 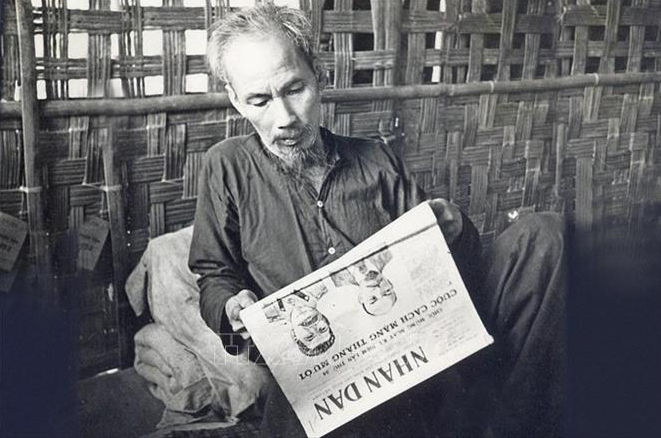 During his journey to seek a way for national salvation and make necessary preparations for founding a Communist Party to lead the country’s revolution, Nguyen Ai Quoc was encouraged by Vladimir Ilyich Lenin’s viewpoints on the press: “A newspaper is what we most of all need; without it, we cannot conduct that systematic, all-round propaganda and agitation, consistent in principle.”

In late 1924, immediately after arriving in Guangzhou (China), Nguyen Ai Quoc started publishing a political newspaper and launching a training course for elite young people as the core force for the Vietnamese revolution. Since the inception of the Thanh Nien Newspaper, by the end of 1929, Vietnam had over 50 newspapers and magazines which were offices of the Vietnamese Revolutionary Youth League and the two communist organizations, namely the Communist Party of Indochina and the Communist Party of Annam.

In the conference to unify Vietnam’s communist organizations and found the Communist Party of Vietnam (CPV) on February 3rd, 1930, under Nguyen Ai Quoc’s chairmanship, a resolution on the press was passed. Since the inception of the CPV, the press has performed a role of paramount importance to the revolution for national liberation, independence, and freedom.

In the wars against the French Colonialists and the US Imperialists, under the Party’s leadership, the Vietnamese revolutionary press continued promoting its role as an important “corps,” encouraging and arousing patriotism and determination to defeat the enemies.

In the period of national renewal and international integration, our country has undergone a comprehensive and profound transformation in our Party and people’s revolutionary cause for “wealthy people, strong nation, democracy, equality, and civilization.”

The number of publications, radio, and television programs has increased dramatically, meeting the demand for information of people. Today, Vietnam has a fairly complete press system, with a powerful contingent of 50,000 journalists, nearly 1,000 press agencies, according to National Defence Journal. Most of the press agencies are devoting efforts to employ new technologies for journalism. 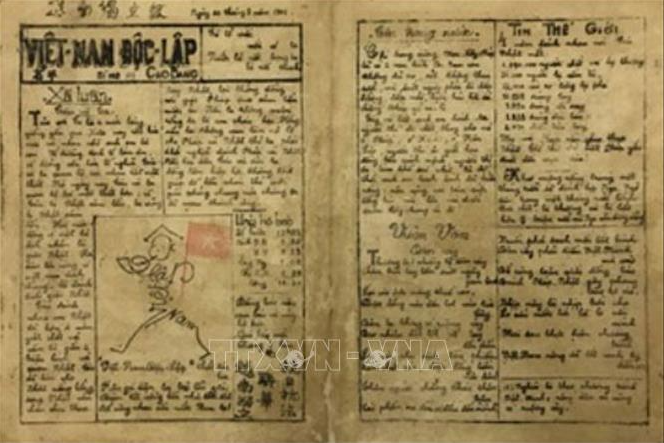 President Nguyen Xuan Phuc has praised press agencies and journalists for their hard work and contributions to the fight against the Covid-19 pandemic on the occasion of the 96th Vietnam Revolutionary Press Day.

President stressed that since the Covid-19 pandemic broke out in Vietnam, leaders of the Party, State, and people across the country have realized the important and indispensable role of the press in the fight against Covid-19.

Reporters and cameramen of many press agencies have accurately and quickly conveyed the directions and decisions of the Party and State on disease prevention and control. They have accepted risks to work in the frontline of the combat against the pandemic, such as pandemic hot spots like Da Nang, Hai Duong, Bac Giang, Bac Ninh, and Ho Chi Minh City, border areas, and medical quarantine areas, so as to promptly reflect the pandemic situation, he said.

The President emphasized that journalists have made their utmost efforts and braved great difficulties to work side by side with Covid-19 prevention and control forces.

Their works have served as a source of encouragement to Party committees, local authorities, and people in the pandemic-hit areas, helping increase their confidence in the Party and State’s leadership to repel the pandemic and restore business and production.

He took the occasion to congratulate and highly appreciated reporters, editors, and cameramen at press agencies nationwide in the past time, affirming that they have contributed to embellishing the tradition of the Vietnamese revolutionary press founded and trained by President Ho Chi Minh.