Home / ---
Directory of agencies and organizations supporting women and children survivors of violence and abuse
tranthuy02 2-04-2021, 13:14

For the first time, the National Directory of agencies and organizations supporting women and children suffering from violence and abuse has been released. 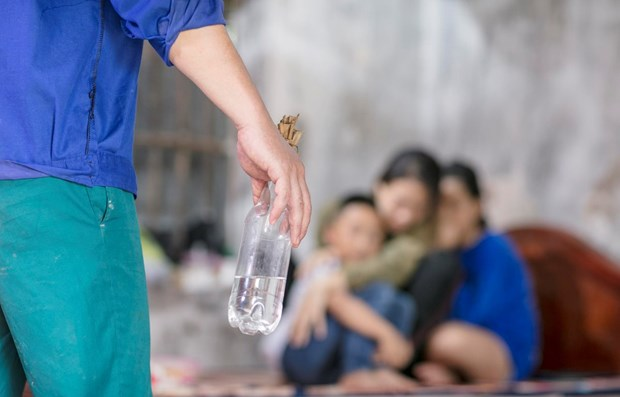 After six months, the “Directory of agencies and organizations supporting women and children survivors of gender-based violence and abuse' in 63 provinces and cities was released on April 1.

This is an effort of the Gender Equality Department under Ministry of Labor-Invalids and Social Affairs and UN Women with support of the Australian Government to help victims of gender-based violence in Vietnam.

The support services of agencies and organizations in the Directory are arranged based on the global joint program of Essential Services Pack for victims of gender-based violence by the United Nations and the Ministry of Labor- Invalids and Social Affairs implementated.

These are: Coordination Agency, Justice, Executive, Health and Social Services. This initiative was inspired by the joint efforts of International Labour Organization (ILO) and UN Women Vietnam to develop a Directory of services to support women migrant workers in the context of COVID-19 as part of a regional project entitled 'SAFE and FAIR: Realizing women migrant workers’ rights and opportunities in the ASEAN region' funded by EU.

Tran Thi Bich Loan, Deputy Director of the Gender Equality Department said: “The development and publication of the Directory are very meaningful and practical, meeting the expectations of the people, and those who suffer from violence when they have the need to be protected and supported when the violence occurs; at the same time building a network of inter-agency coordination between agencies and units that support and provide services to prevent and respond to gender-based violence from central to local levels in the coming time.”

According to the Chief Representative of UN Women in Vietnam Elisa Fernandez Saenz: “The widespread dissemination of information about the system of agencies, organizations and units providing support services to victims is an urgent request for assistance. Women and children who have experienced violence and abuse can easily access and seek help, protection and support when needed. In situations of violence and abuse, reliable addresses will be a lifeline for the victim."

The Directory has been developed and completed with the desire to become a handbook with useful and essential information for all people, especially women and children who have experienced violence.

This is part of the joint project to respond urgently to violence against women and children in the context of the COVID-19 epidemic. The program is funded by the Australian Government, with financial and technical contributions from UN Women, the UN Population Fund (UNFPA) and the UN International Children's Emergency Fund (UNICEF) in Vietnam. The “Directory of agencies and organizations supporting women and children survivors of gender-based violence and abuse' in Vietnamese. Source: UN Women

Violence against women and children is one of the most pervasive human rights violations in the world today, and its negative impact on survivors, their families, and communities is immense.

The National Study on Violence Against Women in Vietnam in 2019 showed that nearly two in three married women (almost 63 per cent) have experienced one or more forms of physical, sexual, emotional and economic violence and controlling behaviours by their husbands in their lifetime, and almost 32 per cent in the last 12 months. About 48 per cent of victims did not tell anyone about the violence they endured, and 90.4 per cent did not seek any help from public services. The overall productivity loss caused by violence against women was estimated at 1. 81 per cent of GDP in 2018.

A pre-existing crisis of violence against women and children has been exacerbated in the context of COVID-19. Recent reports have shown that restrictions in movement, social isolation and similar containment measures, coupled with existing or increased social and economic pressures and stress on families, have led to an increase in violence, particularly against women and children. In many countries it is estimated that such violence has increased by at least 30 per cent./.